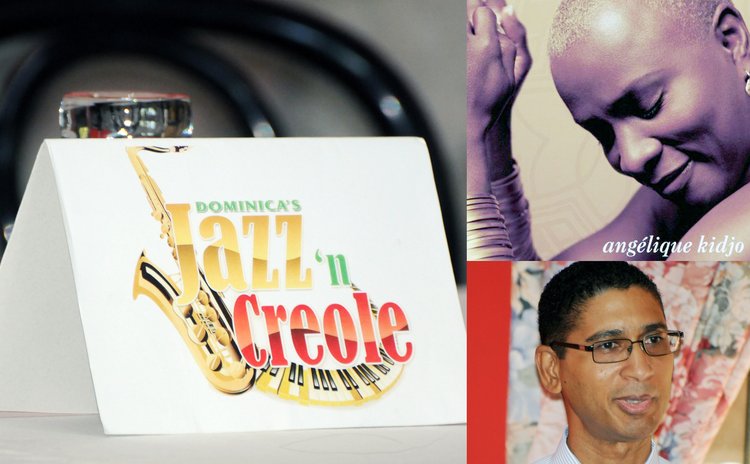 Cameron Pierre, Soft and 'Élan Parle' are the main artistes scheduled to perform at the 7th annual Jazz and Creole Festival.

The Discover Dominica Authority (DDA) made the announcement at the launch of the festival at the Fort Young Hotel on March 17.

The 7th annual Jazz and Creole is carded for May 15, 2016 at the Cabrits National Park.

This will be Pierre's second time gracing the stage of the Jazz and Creole Festival. He first performed in 2012.

Pierre taught himself to play the guitar at age16 and over the years have worked with artistes like Barrington Levy, Wayne Marshall among others. He released his first solo album in 1997 and in 2011 released his latest album 'Radio Jumbo'.

Formed in 2000, the Guadeloupe-based band "Soft" brings a new kind of musical experience, a humane and harmonious experience to the Jazz &Creole Festival. The band is said to be a mixture of everything Caribbean.

"Élan Parle" out of Trinidad is a band which features blends of Caribbean and global rhythms and various musical instruments to create Caribbean world fusion. The band brings a contemporary Jazz perspective to the musical and cultural traditions of their homeland.

Colin Piper, the Director of Tourism and Chief Executive Officer (CEO) of DDA said "Dominica Jazz & Creole is a fusion of Jazz music with Creole music, food and culture all in the family atmosphere of Fort Shirley in the Cabrits National Park. The event serves as an avenue for showcasing local Jazz artistes next to regional and international performers."

Piper noted that the festival aims at attracting visitors from throughout the Caribbean and has grown over the years.

Piper said a few objectives of the Jazz and Creole festival are: "To develop and stage a marque festival and tourism product which receives local and regional media coverage, to increase local tourism activities by movements of people to generate economic activity, to stimulate economic activity through increase local occupancy and participation at fringe events and to support the staycation initiative of DDA and DHTA, and to increase ticket sales in the main staged event." Meanwhile, Permanent Secretary in the Ministry of Tourism Gerrard Jean-Jacques said that in its short existence the festival has featured two Grammy award winning artiste on its lineup, that is Angélique Kidjo and Marlo Rosado.

"This is testimony to the immense potential of the Jazz n Creole Festival as a key component of product Dominica," Jean-Jacques said.

He added that the festival has gone beyond the objectives of promotion, income generation and entertainment and that Jazz and Creole has been designed to sensitize and build awareness of Jazz locally as a major musical genre.