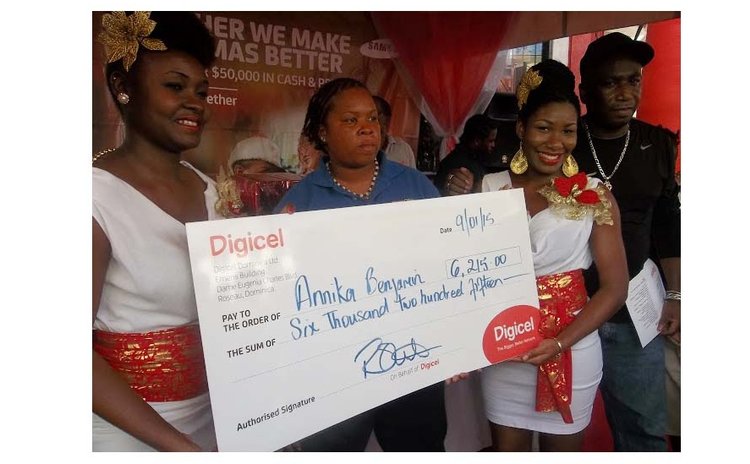 Given a chance to grab up to $20,000 in cash, Annica Benjamin of Wesley, after two chances in the vault, was only able to grasp $6,215. The game was part of Digicel's EC$50,000 giveaway which was held outside the company's store on Great Marlborough street, Roseau on Friday 9 January 2015.

In addition to the 10 other lucky persons who won prizes, Chad Bique won a Samsung Galaxy Note 4 in the "Text to Win" promotion.

During the promotions Digicel customers won the latest Samsung and Digicel Smartphones, EC$1000 in cash, free data packages and credit as well as shopping vouchers and a range of tablets.