Dominican artiste on the international scene 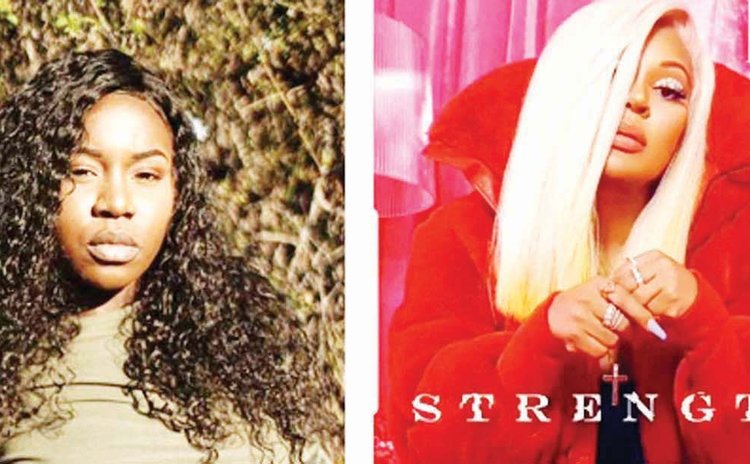 Ellaina 'LYRIQUE' Joseph is currently celebrating a newly signed Songwriter's contract with Floyd 'A1' Bently. A1 is best known for his involvement in the reality television show Love and Hip Hop: Hollywood and is also a renowned music producer who has worked with artistes like Chris Brown, Trey Songz, French Montana, Tory Lanez, Ty dollar $ign and his wife and fellow co-star Lyrica Anderson, to name a few.

Lyrique is a singer/songwriter who has been performing in Dominica since 2011; singing at events such as the World Creole Music Festival in 2013, Jazz and Creole 2013 - 2015, TS Erica Benefit Concert in 2015 and President's Charities Dinner in 2016.

She began her international writing career in 2015 after representing Dominica in The Bahamas at the music, model and talent showcase (Island MMTS). There she begun working with American production company iStandard Producers and later in 2016 released two singles with Los Angeles producer Bedrockk titled 'Body Moves' (which now holds 102,000 streams on Soundcloud) and 'Show Me' which was released exclusively on Billboard.

In May of this year Lyrique was once again given the opportunity to represent Dominica at the ASCAP 'ICreateMusic' expo in Los Angeles, California.

On the first day of the showcase Lyrique displayed an impromptu demo of her previously recorded track 'Dream Come True', which quickly sent the room into an eruption. She was immediately approached by a room full of scouts and other collaborators who were eager to work, one of whom had been a representative of A1 Bentley.

In a studio session later that evening, the two were able to cut several demos for a high profile artiste and Lyrique was offered a contract. Since the official signing of the contract, two placements have been secured by Lyrique on Lyrica Andersons new EP STRENGTH, which was released November 30th https://itunes.apple.com/us/album/strength/1442376135.

Commenting on the release of the EP, Lyrique said that "It was really amazing working with Lyrica and celebrating this achievement. I am humbled by opportunities to contribute to this industry that I fell in love with as a child. With God's guidance and grace I hope to accomplish so much more in the future.

"I have an amazing family and team behind me; a wonderful engineer Jordan George, who is also a fellow Dominican and artiste and we put in crazy, hard work every day to make our dreams a reality out here. None of this is easy, but it's amazing how things fall themselves into place when the time is right."