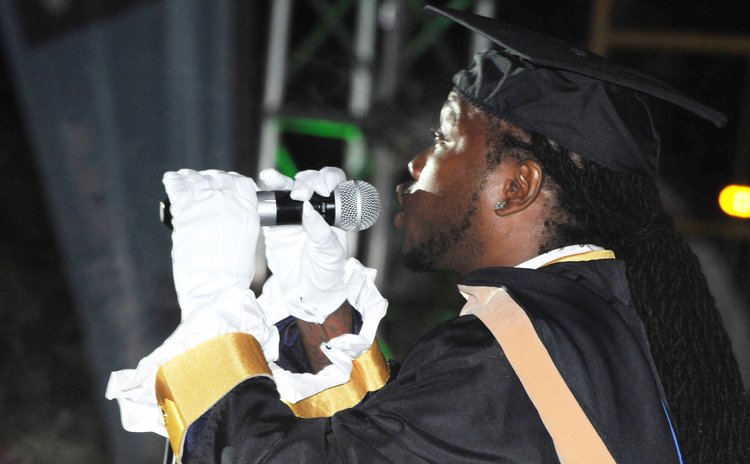 Dice performs in a Calypso Finals compitition
By Ian Jackson

Dominica's Calypso has outlived all others for its social political commentary. Even the formidable home of Calypso, Trinidad and Tobago, will confess that the Soca/jump-and-wave-craze, be it "groove" or "power" has taken over the populace but not so in Dominica. Nevertheless, we cannot rest on our laurels thinking that's it's going to be so all the time ; hence, I have presented a Strength, Weaknesses, Opportunities and Challenges Analysis (SWOC) for this week's article coming on the heels of a Calypso post mortem meeting at the UWI Centre. Note this article was written a week in advance of that meeting notwithstanding it's publication some four days after.