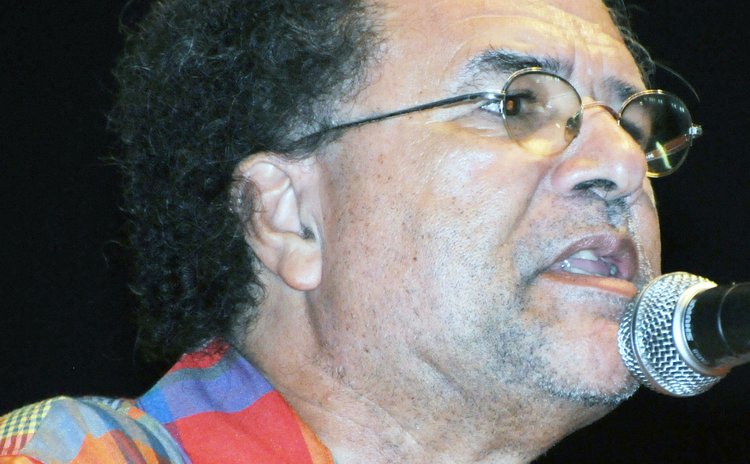 Did you know that the 10 most misspelt are the names of local places in Dominica are Massacre, Pont Casse, Solton, Vielle Case, Cachacrou, Scott's Head, Delices, Morne Diablotin and Morne aux Diables? You might have known the story of how some of them got their names but may not have known for example that Cachacrou is the Kalinago name for "that which is being eaten" because of the continuous erosion of Scott's head by the sea!

Well, welcome to the Domnitjen magazine now in its 12th year of publication. These classy magazines are circulated as far as the USA and Canada and over the years have an average local circulation of about 300 annually. I must confess that I have heard about the magazine having browsed through a couple issues in the past; however, a closer view at the varied, enriching content and quality and a conversation with the author herself, has forced me to take note.

Soon this year's issue will be launched but even before that Gizelle Laurent, the editor and founder has teamed up with another writer, Kristine Simelda, the owner of publishing company River Ridge Press to resuscitate the Dominica Writers Guild under a new name, the Waitikubuli Writers.

The Dominica Writer's Guild which was formed in 1981 flourished for the first 15 or so years when reading was initiated by Dr Alwin Bully, Anthony Lockhart, Arundel Thomas, Giftus John, Mark Sylvester, Dr Kay Polydore and the like who were some of the senior writers of the day. They piloted a new crop best described as the Front Line writers which is well documented in a publication of the same name by Justice Andre where the works of Ras Mo, Albert Williams, Ian Jackson, Christabel Laronde, Jeno Jacob, Peter Piper, Judith Baptiste and scores of others who self-published their works. Frontline provided that space not only for the display of booklets but for performances during World Poetry Day observed annually in October.

Ann Mills, a Peace Corps volunteer was very instrumental in keeping the guild together and not only was the Frontline Book store a home for the literary arts but Vena's Guest House, incidentally the home of the world-renown Dominican author Jean Rhys, and son-in-law Harold Sealy was as dedicated to the growth of the writer's movement. The Late Eddie Toulon, the 1st executive director of the World Creole Music Festival, headed what was not just a book store but one where local music, flyers, art and craft, tickets for various events could be purchased.

Albert "Pan-man" Bellot and Gerald Latouche both had impressive stints as presidents of the Writer's Guild while Harry Sealy an executive member (as was Danny Reid, Jackson and Carla Armour) served as main co -coordinator of activities. The latter in particular, managed the Caribana Handcraft which was to become the home for Thursday Night's Readings for a few years while Albert Williams hosted the 'Word , Sound and Power' programme on Kairi Fm. Reading of poetry and prose had quite a following then.

A number of workshops were held locally and resident writers from the UWI and as far as Africa held workshops at the then School of Continuing Studies (now UWI Open Campus) the Arawak House of Culture to the drums of Ras Algie and Ras Mo. Performance poetry audio recordings by the latter as well as Gregory's Rabess' popular "Wosh La' took centre stage as well as literary arts and the spoken "Word Sound and Power"- the local writers maxim.

However, by the turn of the century the Guild had dissipated and only readings organized by the Cultural Division and Raymond Lawrence, with assistance of dedicated apostle Harry Sealy, on World Poetry Day, the annual Independence literary competitions gave some life support at the Old Mill.

Today on the eve of our 38th anniversary of Independence it is indeed wonderful to know that Gizelle Laurent and author and publisher Kristine Simelda have combined their energies with support of Jeno Jacob, Alick Lazare, Dorothy Leevy , Shawna Johnson and other experienced writers and authors to put back writing at the forefront of Dominica's arts.

Indeed, Esprit and Bully are trying their best with the Literary Arts Festival; however, an area of concern is publication of local works. Thus, Kristine who has made Dominica her home for about three decades, having fallen in love with the island says one of the aims is to make Dominican writing more visible, in print utilizing her own River Ridge press. What about converting our stories into film as has been done with the works of Jean Rhys and Phyllis Shand Alfred?