Five more in the Calypso Hall of Fame

The Dominica Calypso "Kaiso" Hall of Fame 2016 is gearing up to induct five new candidates. 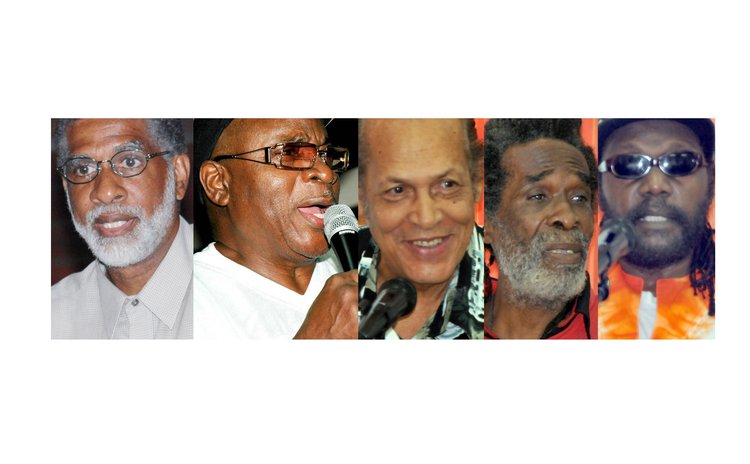 They will be inducted at a special induction ceremony on January 29, 2016 at the Fort Young Hotel.

Ossie Lewis said at the press launch on January 7, at the University of the West Indies (UWI) Open Campus said he was honoured to be inducted.

"I have been a lover of Calypso from time I knew myself. I was always fascinated by the art form how these guys would come out and bring out a message," said Lewis.

Lewis has served as a Calypso judge for over 25 years, including being the Chief Judge for an extended period of time. He has had a formidable presence in Calypso, from his mastery of Calypso commentary, to conducting Calypso workshops and seminars, to hosting elite Calypso events.

A broadcaster, promoter, commentator, advisor, presenter, critic, historian and Kaiso lover, Lewis has and continues to serve with passion, pride and excellence.

In addition, Patrick "Pembo" Pemberton has served as a Calypso judge. He has, so far, given 30 years of service ten of which were spent as Chief Judge.

Pemberton also developed a computerized judging rubric which has been used by the Dominica Calypso Association for the efficient and scientific tabulation calypso competition results for over a decade (2004 – 2015).

Meanwhile, Chairperson of the Dominica Calypso "Kaiso" Hall of Fame Alex Bruno said the candidates were nominated and went through a selection process.

"We are not the ones honouring these guys, it is the spirit that guides the rhythm of Calypso because before they were accepted as candidates we had to go back to the guys that are already in the Hall of Fame," Bruno said. "They were the ones that gave them the blessing to join the society, it is not a lodge or anything private; it is just an established body, a society of fellows that contributed and have contributed well."