Forming the Sense of Community of Common Destiny 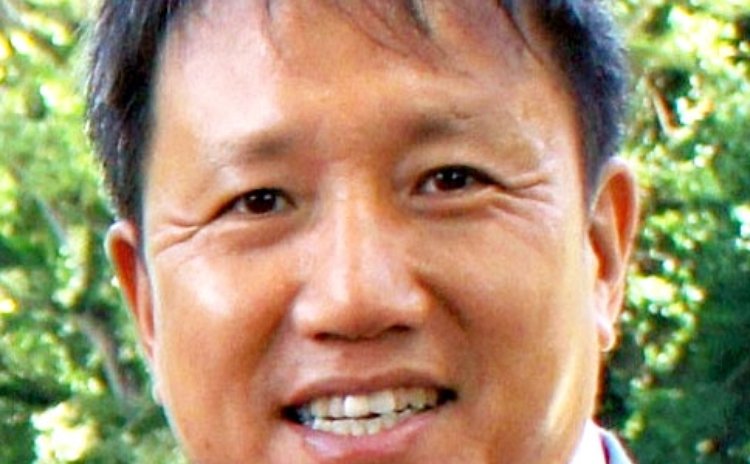 As a world travel magazine comments, "Dominica, the Nature Island, it's lush, green, and mountainous, with villages hanging onto the edge of volcanoes, overlooking the crystal blue waters of the Caribbean." While translating it into Chinese and posting it on the Weibo (Chinese Twitter) of the embassy, I change the last sentence into "overlooking the crystal blue waters of the ocean". As standing on the top of the mountains of the nature island, we can not only overlook Caribbean, but can also enjoy the view of the broader ocean.

This reminds me of an old Chinese saying, Ascend a height and enjoy a distant view. According to Chinese ancient philosophy, only with a universal view, could we have a holistic thinking. Last month, China held an important conference on the diplomatic work with neighboring countries. Chinese President, Xi Jinping, called for letting the awareness of community of common destiny take deep root in China's neighboring countries.

With first-hand experiences of the country's reform and opening up as well as globalization, China's new generation of leaders have a widened world view and put forward a series of important ideas since taking office early this year. Delivering a keynote speech at the opening ceremony of the Boao Forum for Asia Annual Conference 2013 this April, President Xi reiterated that a sense of community of common destiny should be fostered. During his state visit to Indonesia this October, Xi said China wants to build closer ties and a community of common destiny with members of the Association of Southeast Asian Nations (ASEAN).

The vision of community of common destiny is coherently in accordance with the "Chinese dream". Both aims to build an prosperous, peaceful and orderly international community and let the people benefit the results of development.

The post-industrial era witnessed a world in which the weak were the prey of the strong: dominant powers waged wars to carve up territories and claim resources, while the weak became miserable colonies. It was rare for anyone to truly think of common destiny and interests.

A new international order was established after World War II with the founding of the United Nations. For almost seven decades, the international community has endeavored to create a more balanced, just and rational political and economic situation. Unfortunately, with the manipulation of great powers, there are still fault lines kept open by regional unrest or even local warfare, in which many innocent people have lost their lives. Furthermore, the world has not simply become flat because of economic globalization. Behind international relations are contests and conflicts of different ideologies and interests.

The peaceful rise of China has been a recent phenomenon in the 21st century. As one of five permanent members of the UN Security Council and the world's second-largest economy, China has become a presence to be reckoned with. During the past three decades of reform and opening up, the country has become the largest exporter and the second-largest importer in the world. China emerged as a sustained growing force with a 20-percent share in the contribution to world economic growth.

Although China has repeatedly stressed that it is a well-intentioned latecomer, the rising country still unnerves the defending powers. Such misunderstandings are deeply rooted in the zero-sum Cold War mentality. Those who refuse to abandon such thinking often purposely neglect the fact that the rising China brings invaluable opportunities and huge potential to the world peace and development.

Mankind has only one earth, and it is home to all countries. Sustained development is of paramount importance as it holds the key to solving the major problems and difficulties the world faces, and lasting peace and common prosperity serves the long-term and fundamental interests of all the people in the world.

China's proposal to build a community of common destiny showed China's political commitment and determination to promote friendship and deepen strategic mutual trust with other countries all over the world. It is not an expedient measure, but a long-term strategy; not an empty slogan, but has real policy implications and action plans.

China has a long way to go before achieving these objectives. The country ranked No. 81 in 2012 with a per capita gross domestic product of US$ 6,188, according to World Bank data. It needs a peaceful global environment for focusing on economic development. Also, it needs more interaction with other countries and regions.

China's development must have roots in East Asia, and its dream of revival will come true only in the process of sharing development fruits and making common progress with regional countries. Building the community of common destiny between China and its neighboring countries created a major strategic opportunity and opened up bright prospects for the common prosperity. The community is not an exclusive alliance, but a necessary condition and an important guarantee for regional peace, development and cooperation.

Furthermore, China and developing countries share common interests and similar stances when it comes to promoting common development, advocating multilateralism, strengthening global governance, and dealing with various global challenges. Therefore, it is also critical for China to cooperate with all the developing countries, to make the "community of common destiny" envisions become a reality.

All for each and each for all. The lyric of the Dominican national anthem impresses me a lot during my tenure in Dominica. As long as we form the sense of community of common destiny, a time will come for us to ride the wind and cleave the waves, to set sail for our common bright future.