From Slave Ship to Championship? 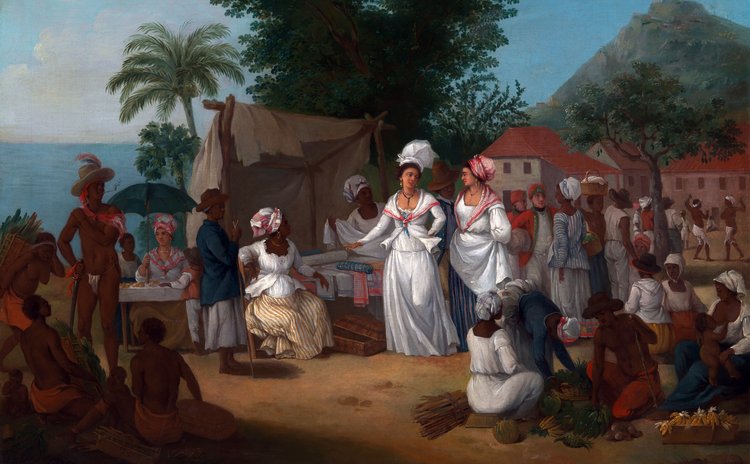 What a wonderful title to one of the nation's most powerful Calypsos written and performed by calypsonian The Liberator addressing Caribbean people in the Eighties. Yes, last week we all celebrated emancipation so now we can reflect.

We know the history of slavery and the cliché "they removed the chains from our hands and feet and put them in our minds" but have we ever paused to consider who effected this chaining of our minds?

The children of the Seventies probably are in the best position to answer as calypsonian Gypsy reminds us "We are the children of the 70s, we are the fighters if you please….is we who fought for your salvation so you don't have to fight". Gypsy is reminding us that the chains that were installed has already been broken by the teachings of Marcus Garvey, Malcom X, Martin Luther King, Bob Marley, Rosie Douglas, Rastafari, Black Power, Black Panthers, Dr. Eric Williams , Fidel Castro and the list can take weeks to compile.

Steinburg Henry in his 2014 publication "Calypso Drift" in reference to Gypsy's "Children of the Revolution" pens the following powerful commentary: "Children of the 1980s and 1990s are not supposed to be blank, unfeeling having little or no interest in Africa, history or reading. The fight for their salvation had already been waged- a solid intellectual and creatively imaginary platform founded and paid for."

If the above is correct why did Gypsy have to follow up with "Little Black Boy" or Nasio Fontaine still laments "Freedom Must Come" decades after Bob Marley chanted "Redemption Song"? Why is it the story still holds true that the best place to hide your money at your home is in a book as one can almost rest assured that it won't be found as black people will rarely pick up a book. Well you don't have to travel far to examine the depth or lack thereof of our writing, song compositions or failure of our boys to excel in language arts or history which was a subject everyone passed some decades ago.

To get you off the streets and poverty"

Still not convinced? For those of you who travel while you await the arrival of your flight look around you and see who is reading and who is at the bar having one or two? Even the cricket played by Viv Richards, Curtly Ambrose, Andy Roberts, Lawrence Rowe, Malcolm Marshall, Michael Holding and company were all statements made to assert our arrival as champions. "This is not just cricket" David Rudder chants but "goes way beyond the boundary." In fact I surmise that the 'Champion' that DJ Bravo speaks about today is not the same; cricket is now about money, certainly not pride, far less identity.

A champion black woman today is kept chained and valued by the size of their posterior (not morality or brains) much the same way Massa saw them; objects and subjects of sex. "Roll it gal" encourages Square One's Allison Hinds and Buju Bantan encourages with "walk like a champion…what a piece of body gal, tell me where you get it from." Well, of course probably it is fair to say that the vast majority of songs released today in the region and certainly in Dominica are suggestive and can range anywhere from "Resilient Bumpers" to "Hello Kitty". The latter is not of the same lyrical pedigree or ability of Adele's "Hello" or that of Lionel Richie. Have you noticed the treatment of songs with the same title? Where are the chains then? And who, or what, have inserted them on our minds?

The fact that you are reading this article probably suggests that you have already extracted the chains but what about the young men who find joy in wheeling the front of his motor cycle along the Bath Estate highway endangering themselves, drivers and pedestrians or the one on the scooter who drops of his girlfriend at UWI to educate herself while he goes off to lime with the boys. What about the so called gangster who still see his black brother as the enemy and will pull out a knife or gun to put an end to his life?

"You make me think we fought a losing battle

When I look around today