Dr. Rhea Olivaccé speaks about her journey back home to the Jazz 'n Creole Festival 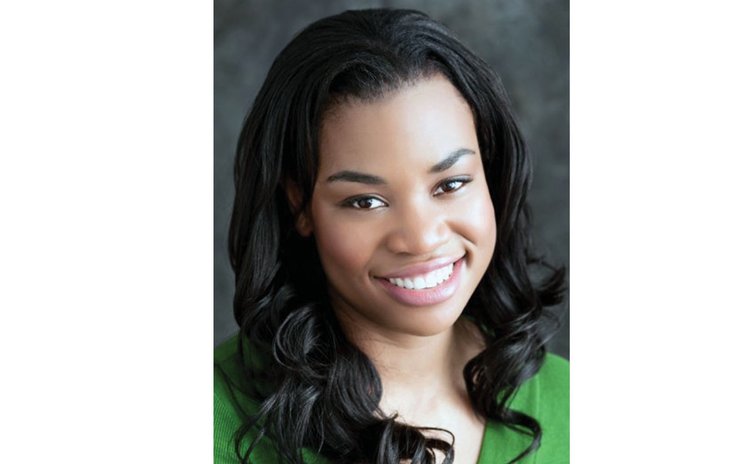 There's no place like home and there's no better place to perform Jazz-infused Cadence than at home especially at Dominica's fledging Jazz 'n Creole Festival at the idyllic Fort Shirley at the Cabrits in Portsmouth.

For Dominican Dr. Rhea Olivaccé the excitement must be palpable. Along with the group Mas Que Nada, Dr. Olivaccé will perform at the May 24 th 2015 event; the group will also take part in a unique project with the Dominica State College.

Dr. Olivaccé spoke about this and her journey to the Jazz 'n Creole Festival.

What does it mean for you to come to Dominica to perform?

Coming back to Dominica to perform is very special for me. I've been living in the US since 2000 but my permanent address has never changed. Dominica is home. I've performed operas and recitals across the United States and in Europe. I'm excited about performing some jazz-infused cadence in Dominica because it feels like I am coming full circle to where my love for music began but adding where my love for music has taken me.

Tell us more about yourself.

I grew up in Dominica and left in 2000 to pursue my college education in Vocal Performance. I received a Bachelor of Music degree from Florida International University and Master of Music and Doctorate of Musical Arts degrees from University of Michigan. I am a classically trained vocalist, opera singer and educator. I've performed in operas and recitals across the US and Europe at venues including Carnegie Hall in NY and the Concertgebouw in the Netherlands. I currently teach voice at Western Michigan University.

Tell us about the group leader.

Tom Knific is the director of Mas Que Nada. He is a world class musician whose career is three-pronged: a bassist, composer and educator. Tom is the Chair of Jazz Studies at Western Michigan University where he is a Professor of Double Bass. He has taught throughout the US at Interlochen Arts Academy, Michigan State University, Cleveland Institute of Music, and has presented over a hundred master classes worldwide including The China Conservatory, Beijing, The University Of The Arts, Berlin, The Janacek Academy and The Paris Conservatory.

He has travelling extensively throughout Europe and Asia performing and recording with other great jazz musicians and classical artists. They include Gene Bertoncini, Billy Hart, Randy Brecker, Dave Brubeck, Fred Hersch, and others. He and Eric Marienthal co-led the "Dream Band" with Toots Thielemans, Kenny Werner and Harvey Mason in the first live interactive concert multi-cast over the Internet. As a classical artist, he has recorded with Pepe Romero, Andre Watts, Philippe Entremont, and the Merling Trio. He has appeared as a soloist with orchestras throughout the U.S. and has performed as principal bassist with orchestras and chamber orchestras in the U.S. and Europe. He has appeared at chamber music festivals throughout North America and Europe and is a founding member, bassist and composer for the contemporary music group, OPUS 21.

Tom has written two dozen works in a variety of idioms. He has been commissioned by OPUS 21, the International Society of Bassists, and leading instrumentalists. He has received numerous grants and awards for his writing. His music may be heard on numerous CD's, and is published by Editions Delatour, Paris, and ISB Publications, Dallas.

A renown educator, Tom's students have toured and recorded with Betty Carter, Vincent Herring, Cedar Walton, John Scofield, and perform in orchestras on three continents. In addition, he received the Down Beat magazine Achievement in Jazz Education award in 2004. Tom is leader of the Western Jazz Quartet. The WJQ has appeared on five continents and has received rave reviews for their five CD's of original music. He has appeared on 30 recordings including four solo CD's, Home Bass, 1998, Siena, 2004, Lines of Influence, 2009, and The Muse, featuring Fred Hersch, 2011. He has recorded on the Universal, Mercury, Koch International, SMR, Centaur, Sea Breeze, Jazzheads, Azica, Blujazz, Cadence and Polonia labels.

Tell us something about the group.

MAS QUE NADA is an award winning Latin Jazz ensemble directed by Tom Knific, Director of Jazz Studies at WMU. MAS QUE NADA is the most recent ensemble in a decade long project he created to celebrate and perform music of Brazil and the Caribbean. MAS QUE NADA won consecutive DownBeat Awards for best collegiate Latin Jazz ensemble in 2011 and 2012. Their self-titled CD has enjoyed critical acclaim and airplay through the US. Their performances are exuberant and breath-taking and I feel privileged for the chance to perform with them. The 11-piece ensemble features 3 singers, horn section, rhythm section and added percussion.

How easy was it to mount this project?

It took two and a half years from the initial idea in 2015 to the actual residency in Dominica. I had just started a new position as a Voice Professor at Western Michigan University in Kalamazoo, MI and met one of my colleagues Tom Knific, who is a classically trained Double Bass player, international performer and the Chair of Jazz Studies at WMU. As we spoke about our musical backgrounds he became intrigued by the culture and music of Dominica especially that of Ophelia Olivaccé Marie who is my aunt. That's when he asked whether I would be interested in doing an exchange project where MQN from WMU would visit Dominica and Ophelia would visit WMU. I thought it was a brilliant idea and we've been working towards getting funding through grants to help fund this project. Create Caribbean Inc, the Research Institute at the Dominica State College was instrumental in making this project come to fruition. Upon conferring with my colleague Dr Schuyler Esprit, who is the founder and Director of Create Caribbean , she extended an official invitation to take up residency for a week in Dominica where we will be visiting schools as well as learning from local artists and performing at the Jazz and Creole Fest. Mounting a project of this magnitude was challenging because it took quite a bit of coordination to facilitate a visit from such a large ensemble with a variety of instruments.

What music will make up the presentation?

Mas Que Nada and I will present 4 songs by Ophelia Olivaccé-Marie at the Jazz and Creole Fest at the Cabrits on May 24th. The group has studied the cadence music and worked to put their own jazz interpretation on the songs. During their visit to Dominica, they will be exposed to a number of musical experiences from local artists including Mrs Olivacce Marie. MQN has also prepared several sets of their more standard repertoire of Afro Cuban and Afro-Brazilian jazz to perform during their residency.

Who sponsored this project?

What is the group's schedule while visiting the Nature Isle?

The group's schedule will consist of outreach visits to various schools, sessions with local musicians and artists including Ophelia Marie, and workshops with local ensembles.