Give it another name 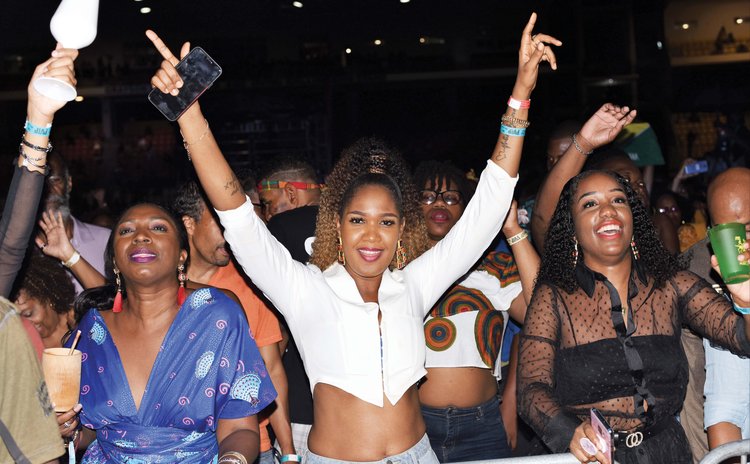 "How can this be promoted as a World Creole Music Festival, when a lineup is presented with no international performers and very little of our creole to include cadence music?" he questioned.

The prominent individual who chose to remain anonymous told the Sun that following a two-year hiatus, the 22nd edition of this year's festival which was launched last week lacked substance and felt like a "last minute lineup."

"Many people including myself were waiting to be wowed, but that wasn't the case," the Sun's reporter was told. "This is a recycled lineup and not one you would expect for a grand event making a comeback after two years."

Similar comments were also shared on social media by Business Man Ibrahim Brohim, who opined that the three-night event is "turning into a Jamaican Reggae festival.

"As far as the organisers are concerned, Dominica's music, Cadence-lypso is dead," the cultural proponent stated.

While Vincia Augustine commended the organisers for the greater inclusion of local acts, she told the Sun that "This lineup looks like a Reggae-Bouyon-Soca music festival and nothing like a World Creole Music Festival."

As someone who once looked forward to the event, the former festival lover says that it no longer appeals to individuals within her age group of the late 50s.

"It doesn't represent what it used to before. It is called Creole festival for a reason, but now it's the complete opposite. I certainly believe they should change the name to October music festival," she stated.

Other international acts are Trinidadians Patrice Roberts who performed at the last festival in 2019 and Kes the band who made an appearance in 2018.

Making an appearance for the French, Zouk, and Kompa lovers will be the former lead singer of Kassav band Jocelyne Béroard. Representing the Haitian Kompa music will be K-Dilack and Bedjine, well-known Haitian artist/band Enposib, Chire Lakay as well as French singer of Reggae-Dancehall music Admiral T.

Also on the lineup will be Dominica's Cadence icons Midnight Groovers, along with the Signal Band, Dominica's number one dancehall artist Colton T and Dominica's very own Kompa band the Ecstasy band.

Making their first appearance as the sole artist on the big stage will be 'the fresh prince of Bouyon' Reo ok Boom and 'Bouyon queen' Carlyn XP.

Following the grand reveal, Calypso fanatic Claude St Jean expressed his disappointment that once again, not one calypsonian was added to the list.

Others like Cynthia labeled the lineup as a "throwback event."

"Not one of the new trending artists is on there. Afrobeat is the hottest thing around the world right now and not one Afrobeat artist DFC could get for us? To say I am disappointed is an understatement," she said.

While many seem to be dissatisfied with the lineup announced, there are others like Cindy Baptiste who have showered praises on the organisers stating that "this is by far the best lineup yet."

"I love the fact that it has something for the young, the old, the French, Haitians, they really did a great job this year," she told the Sun.

"Two years without WCMF and we get a decent lineup loaded with Dominican talent as well. Catch me in front of the stage," Ron Abraham Jr added.

The organisers have stated that more artists will be announced in the upcoming weeks.

As also announced, season tickets will be sold at a cost of $375; however, patrons do have the opportunity to take advantage of the early bird special of $300 on the Dominica Festival Committee (DFC) website.

Nightly tickets are also being sold at EC$150.