Global leadership and the search for a vaccine 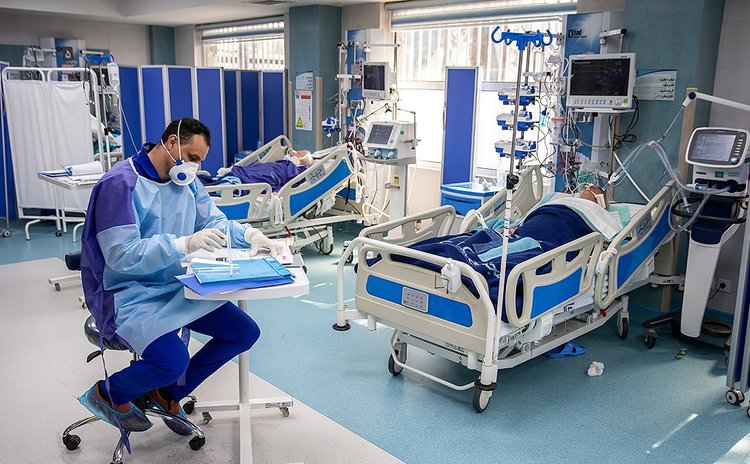 Scientists and pharmaceutical companies around the world are hopeful that before long they may find an effective vaccine against COVID-19.

When this might be is unclear, but if the efficacy is proven, the ultimate test will be whether the discovering nation, institution, or company will then be willing to make the product available at a marginal cost, generically and globally.

A few days ago, access to any eventual vaccine was one of the important issues considered by governments participating virtually in the World Health Summit, the highest decision-making body of the Geneva-based World Health Organisation (WHO).

The meeting adopted a comprehensive resolution, which despite continuing pressure from the US Administration in relation China and the origins the virus and the WHO's response, eventually saw both nations accept compromise language calling for an early 'impartial, independent and comprehensive evaluation' of the lessons learned by all WHO members.

On the subject of patents and the availability of any medicines and vaccines, the seven-page final document called for the use of existing trade mechanisms for the voluntary pooling and licensing of patents 'to facilitate timely, equitable and affordable access to them, consistent with the provisions of relevant international treaties'.

Subsequently, however, the US disassociated itself from this element of the text. While welcoming the overall agreement, it argued in an official note that the language did not adequately capture intellectual property and other aspects of World Trade Organisation (WTO) agreements.

It said that the voluntary pooling of patents in response to the pandemic needed to be 'be narrowly tailored in scope and duration to the medical needs of the current crisis', raising uncertainty about how the US intends to respond if it is the first nation with a viable vaccine.

More generally the meeting highlighted the growing difficulty of achieving multilateral solutions through persuasion, and the paradoxical side effects of unilateralism.

While the meeting was in progress, the US President wrote to the WHO giving it thirty days to demonstrate its independence from China and make substantive improvements if the US were not to permanently end its funding. In an indirect riposte, China's President told the meeting he will commit US$2bn over two years to help the WHO and nations around the world address the pandemic and its economic consequences.

Despite the WHO's early missteps and China's failure to accept responsibility for the delay in informing its own people and the wider world about the situation in Wuhan, the US attempt to use the WHO as a proxy to attack Beijing in the middle of a pandemic has now had, diplomats say, the perverse effect of increasing China's influence at the WHO and its soft power globally. At the heart of what is now happening is a new form of power play that seeks to avoid direct military confrontation between major powers, favouring instead achieving dominance and global advantage through low key perpetual conflict in multiple spheres. That is to say, utilising forms of subdued aggression to try to control every theatre, whether it be technology, cyber space, trade, capital flows, public health, controlled migration, infrastructure, information management, geopolitical positioning, or in international institutions such as the WHO or the WTO.

The difficulties this creates for the Caribbean, were made clear in the virtual address CARICOM's Chair, Mia Mottley, the Prime Minister of Barbados, made to the WHO.

Apart from spelling out the public health issues the Caribbean has had to address, the need to recognise vulnerability when it comes to eligibility for development assistance, and recognising Cuba's 'palpable' and 'unswerving assistance' to the region, Barbados' Prime Minister shone a light on the crisis in global governance that the pandemic has highlighted.

With the force of conviction, logic and humanity she spoke to not just the issues facing the region in trying to respond to the social and economic damage done by COVID-19, but pointed to the longer-term problems the pandemic has highlighted in relation to smaller states, and the value of multilateralism and its institutions.

Voicing the views of many in the region and internationally, Mia Mottley wondered where the global leadership and cooperation they expect now is. "Nations rich and poor are seeking inspiration", she said. "It is a crisis that calls for global leadership that will allow us to rebuild our humanity, our environment and the equity so badly needed in our societies and our economies".

The pandemic had pointed to the need for coordinated global leadership rooted in moral leadership that recognises 75 years after the United Nations was formed "it is not good enough" that "only those who are strong and well-endowed should survive", she said.

Her remarks coincide with growing global uncertainty about the future of the institutions that have underpinned the world order since the Second World War.

The issue could well come to a head in relation to the appointment of the next Director General of the World Trade Organisation (WTO). Last month Roberto Azevêdo, its Brazilian born head resigned early and there is a growing body of opinion that if the institution is to survive in any meaningful way his successor will need somehow to bridge the divide between China and the US and reform the organisation so that it is better designed for a different world.

How achievable this might be given the WTO's consensus-based decision-making approach, a US President who sees trade as bilateral and Manichean, and China's professed multilateralism and global role in driving trade and investment, is open to question.

Sooner or later one or another country working on finding a vaccine or possibly a combination of solutions will be successful. If its efficacy is proven, the real test of multilateralism will then come.

The US says that it is leading global efforts for the development of vaccines, therapies, and treatments for COVID-19, and this may well be true. However, if such exceptionalism proves incorrect, the answer comes from China, Cuba or elsewhere, and is offered at cost or free to the world, and the US Administration objects, it will struggle to justify its unilateralism or objections to global interdependence.

In the end, nothing will better reflect global leadership and a sense of common humanity than the country that has a proven vaccine making it available at or near cost for generic global production and distribution.

David Jessop is a consultant to the Caribbean Council and can be contacted atdavid.jessop@caribbean-council.org

Previous columns can be found at https://www.caribbean-council.org/research-analysis/