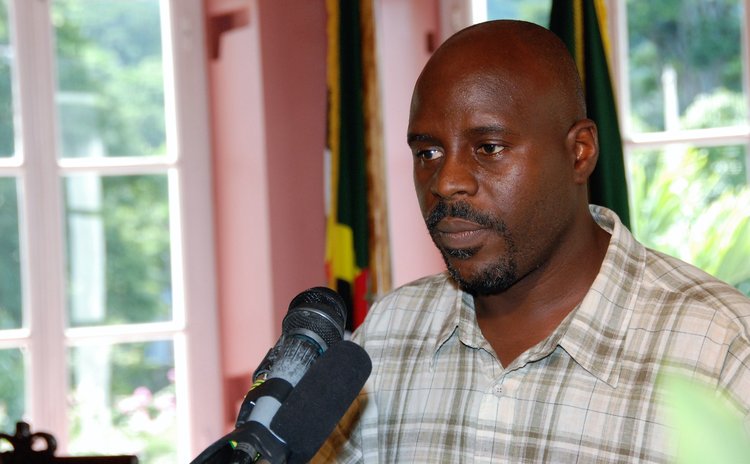 A music producer here brought the paucity of good male vocalist on island to my attention. I understood where he was coming from but I responded: 'Not really' because his comment was, ironically, attributed to bands. We do have good male vocalists in Ian Anthony, Earl White Junior, Asher Thomas, Casim Birmingham, King Dice as well as a couple of candidates in the Sisserou Singers and that's just the visible few.

This is quite different when you compare the long list of ladies: Ophelia, Michele Henderson, Carlyn XP, Janae Jackson, Mel-C, Shalina, Marie Pascale, Tasha P, Angel, Joy Stoute, Melody, Lady S, Shamika Sorhaindo, and Tarina Simon- the list is almost inexhaustible. We are speaking about singers with good tone, range and texture, whose voices are already musical instruments of their own and would not need the technology of auto tune or any other such vocal enhancers.

This shortage of good male vocalists as part of a band set- up did not always exists when we had Greg Breaker, Levi Loblack aka Super L, Phillip Horsford of Boys and Dem and Swinging Stars, Ivor Rolle, Pato of Black Roots, Glen John of Naked Feet, Cleve Jean Jacques, Jerry Lloyd, Harley and Mike of Belles Combo, the big men of Cadence- Gordon, Jeff, Chubby, Tony Valmond and Acrab of Bill 'O Men fame.

There may be several reasons why this is so. It could be that what is sang is not so important today because rhythmic elements of the music is given priority. The use of technology to aid or cover-up ineptitude in the vocals in modern day studios where voices can be tweaked and augmented accordingly, may also be a plausible reason. In the past most bands would have to record all at once so you had to get it right to save on per-hour studio cost. If an instrumentalist, or worse still a vocalist, did not get it right the entire band would have to start from scratch and do it over and over again. Not so today where one records via tracks assigned to the various instruments or singers to identify and rectify specific errors. One can even import and export vocals by way of files hence the singer or player of an instrument does not have to be physically present to be captured in a recording.

The focus seem to be more one's ability to hype the patrons via stage antics and orchestrated chants, so in the 80s the roles of Tarsie and Benji would be reversed and the former would have been the lead vocalist and not the other way round. Then obviously a younger group looking to model would replicate the same and pay less emphasis on vocal quality and mistakenly conclude this is the accepted standard.

Well, maybe for this new generation of performers it has actually become, as I will admit, that not anyone can serve as a front man because it requires a certain charisma, showmanship and energy to do so; and Triple Kay is about the best on island in doing so. Hence the combination of singer and chanter or probably we should say chanter and singer, works well for them. If it works why change it?

Still guys, in particular, must pay more attention to this natural instrument, the voice. It would do well to conduct auditions for vocalists and I am sure quite a few will come out as many youth want the notoriety and exposure that playing in a band provides.

Real vocalists are hard to come by compared to front men who can rile up a crowd in a carnival-like atmosphere. But what about the concert style setting where patrons are seated, dressed in semi or formal attire? How many practicing male vocalist today can represent? Have you observed that the National Anthem at official functions, with the exception of Ian Anthony, is sung by a female? Who sings and serenades at weddings? Who does that special number at church? Who is going to be the Edwin Yearwood of Dominica who has the ability in the Crossfire Band to 'wild out a session' and follow up with a classic Lionel Richie song? Indeed bands need to rethink and look beyond the hype or hiring a friend when in search of the next vocalist who can bring an international complexion to an otherwise mediocre music unit.