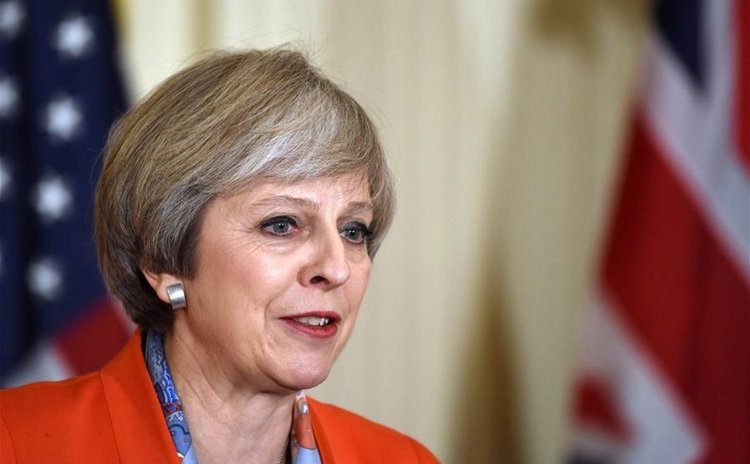 Theresa May, Prime Minister of England

On March 29, after forty years of membership, the British government formally gave notice that it will leave the European Union (EU) in 2019.

In a carefully worded, conciliatory letter, the British Prime Minister, Teresa May, told the President of the European Council, Donald Tusk, that after separating, the UK hopes for 'a deep and special partnership' that involves both economic and security cooperation.

Mrs May made clear that Britain is seeking 'a bold and ambitious Free Trade Agreement …. of greater scope and ambition than any such agreement before'. She noted also that the UK wants its withdrawal negotiation to determine, in parallel, a successor partnership agreement, in a manner that minimises disruption and provides 'as much certainty as possible for all in Europe and in third countries'.

Since then the German Chancellor, Angela Merkel, the EU 27's de facto political leader, mindful of the need to maintain unity, and of the likely demands from France and others for economic advantage, has made clear that Europe will not countenance negotiations for a new relationship until withdrawal terms are agreed.

The UK's decision has far-reaching implications for the Caribbean's special relationship with the UK, and hard-to-predict outcomes for the region's future engagement with the EU27; countries with which most Caribbean governments and much of the private sector have only ever had a marginal engagement.

Last July, CARICOM Heads of Government considered a seven-page paper and technical attachment that made clear that the Caribbean Community needed to evaluate and address the myriad issues that will emerge from Brexit. It urged a structured approach and common message; an early and continuing evaluation of the likely areas of impact; a strengthened dialogue with various countries and groups in the remaining EU 27; and the need to 'immediately engage' in a dialogue with the UK with respect to maintaining the existing preferential trade relationship through EPA equivalence.

Unfortunately, the advice was simply taken note of, and since then there appears to have been no concerted attempt to flesh out a political position that might provide UK Ministers, parliamentarians and officials with concrete ideas on the region's thinking about future trade ties, or on how the special relationship might be preserved and built upon.

Despite various recent encounters between British Ministers and officials, and published papers urging a more proactive stance, most Caribbean nations remain in listening mode. It is a position that contrasts with that taken by many other nations, which for the last ten months have been strategising, identifying priorities, and making clear to anyone in London who will listen, the matters that concern them most.

Notwithstanding, there is much the Caribbean should do now.

If, as British ministers make clear in private, they intend finding ways to enhance the relationship with the region, the Caribbean needs to make clear rapidly what it wants. There needs to be constant political contact with the UK Parliament and UK officials, and with the EU 27 and the European Commission to scope out and register the range of questions likely to arise out of the UK's separation. Only by doing the technical work now can the Caribbean hope to determine a position when the moment comes for a formal dialogue.

As a part of this, all in the region need to consider very seriously what future configuration it is best to use. Does it wish to achieve a modernised relationship with the UK though CARIFORUM, a body that includes Cuba and the Dominican Republic, and is of much greater interest to Britain in trade terms, or does it wish to engage as CARICOM, a grouping that many regard as attenuating?

Critically, the Caribbean needs also to explore the configuration the UK is considering when it comes to its post-Brexit relationship with the region. Does it see a future trade, aid and development relationship, plus all else that goes with this from education and training, to security, in a Commonwealth, ACP, CELAC, or another regional context?

Beyond this, there is a case for the independent part of the region and Britain's remaining overseas territories to engage in a dialogue about the latter's intentions. It is already clear that some Overseas Territories are concerned about how best to sustain their relationship with the EU27, and could before long, consider constitutional advancement.

Much more needs to be said about development assistance. As middle income economies, most nations have been graduated out of support, and the UK's exit will reduce the EU27's development budget by around 14 per cent. Although there have been some suggestions that the UK might continue to contribute financially to the European Development Fund and retain a seat at the development table, the Caribbean needs to make clear what it hopes for, to both the UK and EU 27. It also needs to be busy cultivating alternative voices in Europe able to speak in its support in EU fora when Britain has departed.

In this it would do well to explore what several continental European nations are saying about trade and future relationships and engage in dialogue, as at least one regional nation has already done. In this, it is no secret that France, Germany, Spain and the Netherlands will have post-Brexit an interest in greater regional trade and influence.

Caribbean Governments and institutions should also tell the people of the region and the Diaspora in the UK what they are doing regarding Brexit, to protect their interests.

More prosaically, the region should be clear about the threats and opportunities to its in trade in goods, for example in relation to sugar, bananas and other more recent value added exports of foodstuffs and manufactured items. More importantly it needs to be exploring where there may be impediments or new opportunity in its growing services sector. It should also be spending time considering a wide range of technical issues from the future impact of a new UK agricultural policy to Britain's intentions in relation to everything from air services agreements to new customs procedures.

It is now much harder than in the past to guess how the UK will weigh its historic relationship with the region as there is now a strong interest in many parts of the UK Government in the much larger and more dynamic Latin American market.

The time has come to evaluate and publicly discuss what the nature of the region's future relationship with UK might be.

Previous columns can be found at www.caribbean-council.org March 31st, 2017