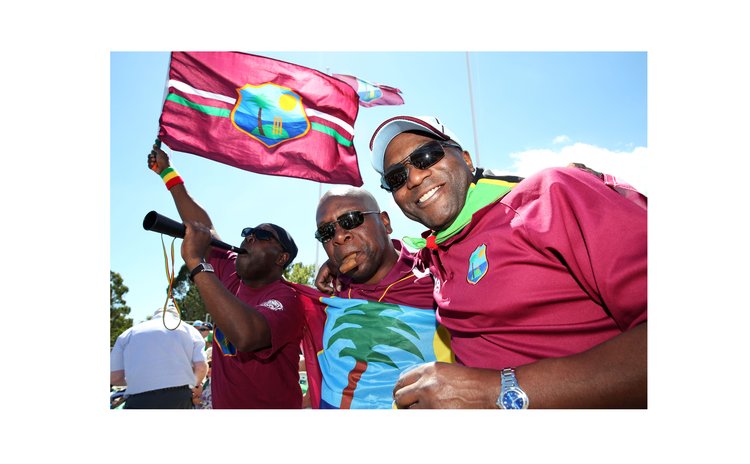 NELSON, New Zealand – West Indies suffered a four-wicket defeat against Ireland in their opening match of the ICC Cricket World Cup at Saxton Oval on Monday. The Windies were sent into bat and reached 304-7 off 50 overs. Ireland replied with 307-6 off 45.5 overs to record their first win over the West Indies in an official One-Day International.

West Indies recovered from 87-5 to post a competitive score on a good pitch. The innings was rebuild by a superb sixth-wicket stand between Lendl Simmons and Darren Sammy. The pair added 154 runs to equal the West Indies record set by Richie Richardson and Jeff Dujon.

Simmons scored 102 – his second ODI century – off 84 balls with nine fours and five sixes. Sammy hit a career-best 89 – off just 67 balls with nine boundaries and four sixes – to better the 84 he made against Australia in St Lucia three years ago

Ireland played well and were led by opener Paul Stirling, who made 92 to win the Man-of-the-Match award. He received excellent support from Ed Joyce (84) and Niall O'Brien (79 not out). Pacer Jerome Taylor was West Indies best bowler with 3-71.

West Indies will travel to Christchurch on Tuesday as they prepare for their second Pool B match against Pakistan on Saturday.