Kaiso, running with eyes open: A review of the Calypso Quarter Finals 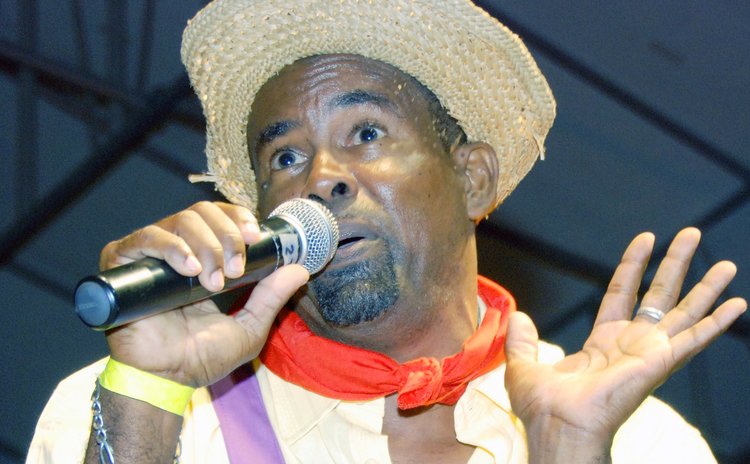 Observer performs at the 2009 Calypso Finals
By Ian Jackson

Intruder's perennial persistence and his success at making the semis in 2019 after over two decade since he produced "Pull string" and "Cellular Phone" serves as a yardstick or measurement, as it were, to show that this Calypso season, in terms of the quality of compositions has surpassed all in the recent decade.

At least 18 of the 20 calypsonians that the judges chosen could not be questioned; so the judges demonstrated high levels of competence in their final selection. Considerations, it could be argued, could have been given to Nashelle, Triumph or even the Mask Eruption; certainly Omee, whom I thought was overlooked; however, I agree with Cecil Joseph's analysis that probably Nashelle's use of the stage was not the best and she may have been drowned in a sea of up tempo songs which fueled the mood of the people. Triumph, on the other hand, mumbled and fumbled and only has himself to blame.

Much has been made by several radio critics of Mask Eruption's unfortunate treatment throughout the years as he seems to be a perennial quarter finalist. This may have been so but not this time. His "Wanna Be" composition lacked lyrical depth and was more akin to a junior monarch composition, notwithstanding its wonderful melody and sing-a-long attributes.

It does take a level of intellect, mastery of language and skill to come off with the respective phrases; "Ras Kelly Fly Through Me Mouth", "Welfare Say Farewell", "Sparks of Fame and Flames of Shame" or the imagery and ambiguity conjured in "De Party Over."

Most pundits and broadcasters have yielded to what seems to be a forgone conclusion that "Climate Change" is perhaps the best written Calypso of the year thus far, as it has employed all the necessary tools of figurative language, melody, arrangement and it is topical not only on a local stage but has international appeal. Much the same can be said of Webb's "Blackness", the best composition to date by writer Pelam Jno Baptiste, or one of the sweetest melodies in the competition, Jama B's "Change".

King Dice, as usual, was right up there in the top four with "Fire Go Burn Dem". Many thought that he had an error of omission at one time but I wish to tell my readers that this was not an unforced error, as they say in tennis. The singer was distracted by an executive member who was trying to get the band's attention to stop because a judge was temporarily out of commission and obviously temporarily put off the Dice for a few seconds. Still he had done more than enough to be comfortable somewhere at the top.

I wish to pause here to again inform patrons, and believe it or not, some broadcasters, who peddle the false impression that if a calypsonian leaves out a word or two in his lyrics he automatically should not make it. Actually a calypsonian cannot be penalized for this unless what he says, or does not say, interferes with the cohesiveness of the composition or deconstructs the message. He can also add words or extemporize lyrics that the public or the judges are not accustomed to, or repeat for emphasis. The recent judges workshop, I think, made this clear; so I trust patrons wise up and get it, finally.

The talents of Shadow Flow as a lyricist was exemplified because his song was relatively unknown but with great confidence, seated on a chair, he belted his introspective message across- "Something to Think About" and the judges did in fact think he had done enough to go through.

The former four-time junior monarch, Irish Kid, the hope of Posse, is "keeping his candles burning" towards the Finals, a tremendously matured performer as his message of pressing on and not giving up really is resonating, in keeping with his stage presence which he has exuded from his much earlier days. There has been talk about changing his name now that he is no longer a kid, but I beg to defer. Calypso is about contradictions and I relish the days when King Short Shirt of Antigua sang in an exaggerated long shirt. Irish Kid should maintain his successful brand- Irish Kid. Surely he is not from Ireland.

Of late Soul Puss seems to have been relegated to a kitten compare to his "tiger" days, when he competed fiercely. Still the surprise of the night, I think, was newcomer to that level- Danyan with "Holy country". He had the best presentation-an exemplification of how presentation can aid deliver. Danyan's song was a satirical look at the state of the roads in Dominica and he utilized technology making use of the big advertising screen available, to show how "holy" the roads actually are. This went down well with patrons and he sealed a place to the next round. So did the other youthful competitor, De Healer.

Veteran Scrunter, one of Dominica's best voices, together with De Hunter, the once Brotherly brothers, held their ground asking Dominican to hold still in spite of hurricane ravages while the other spent time on the life lessons to be had by wrapping fork in napkins. Checker had a unique piece of social commentary laying blame on the name "Diablotin" that seems to have bewitched this country.

Meanwhile Checko extracted "Teeth" or probably "thief" as he did a few years ago; Chris B never exuded any confidence or coherence; Black Diamond was good but he is getting predictably and less impacting; the same cannot be said of Jaydee who still has fans loving the "Four King Executive"; while 1981 King Tronada awaits Carlisle and others to write another Calypso for him, despite his powerful social commentary about Calypso critics.

Overall, reigning Road March King, Lugarz, was the ultimate crowd pleaser of the night with a simple but infectious song and performance-Karessah that he welcomed to his forgetful family, headed by calypsonians Prosper and Ras Kelly. Meanwhile, last year finalist and joint Road March winner, the veteran Haxey, never disturbed the judges.