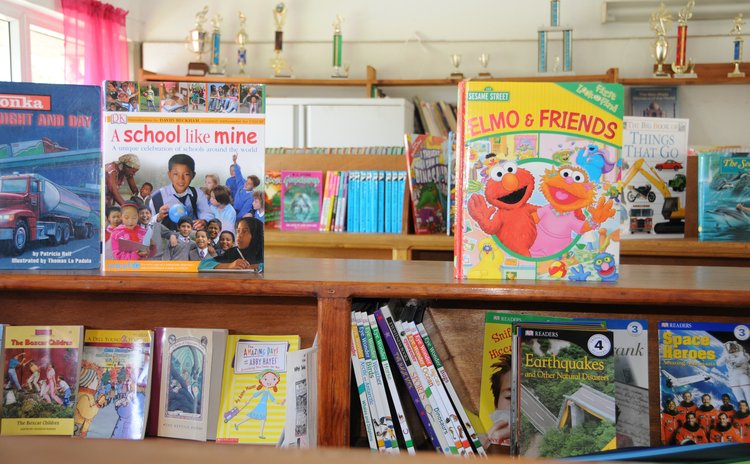 A country with only one bookstore; two weekly newspapers; where panel discussions and socio-political debates are almost non- existent; where Jaycees, Kiwanis and Lions Clubs can't get leaders in one forum to debate and discuss issues; a land without any literary writers union for decades is a clear signal that this country is dying intellectually.

So if you don't believe me go into the classrooms at our secondary schools where very few students read more than a few paragraphs from their text book just to pass a test or exam. No reading for knowledge or to increase intellectual capacity which aids discussion and stimulates thought and cultivates ideas.

Now to compound matters there is no real functioning library after Maria where you can browse around, inspecting book before one borrows. Surely don't tell me about computer age because they don't read kindles or utilize the computers or internet for reading.

Where are the tablets that government made such a big deal about a couple years ago? No one can be found and as a teacher myself it did not contribute to student development or stimulate homework or research. Quite the contrary, it became a major distraction for everything else except homework while for others it was about theft of the device.

How can we know about our past or where we are heading as a nation if we don't read? Marcus Garvey laments that such a nation is like a tree without roots.

'They say what we know is just what they tell us, We so ignorant and anytime they can fool us, Through political strategy they keep us hungry, Oh when we gonna get some food Your brother's got to be your enemy.

-Bob Marley's 'Ambush in the night"

That was then, but it had become worse as the ambush is taking place in broad daylight. Cellphones has ambushed our time for reading, to read a bedtime story to the children. Communication via text has made us cold, indifferent, void of emotion and destroyed our ability to spell, articulate or represent our thoughts properly.

One of this country's biggest literary losses has been the Frontline Co-operative where a consciousness and a level of intellect and a love for the written and spoken word had developed in the Eighties and Nineties never before seen in Dominica. This was coming from the era of the back-to-Africa Seventies when Cadence, Reggae music, Rasta were being fermented and when minds challenged the status quo and examined the alternatives in Fidel's Cuba or later on Bishop's Grenada or the virtues of back to the soil and staying off salt, swine and chemicals. The era of Tumba and Pococion, union-orchestrated strikes and chants of Rosie "Backward Never" and MND or an independent Dominica.

In those days we knew ourselves and were more educated. Today there are greater opportunities, scholars and scholarships but little knowledge of self, community or statesmanship. Today most students graduate from high school without having read a book, fiction or non-fiction, from cover to cover. By Third Form in the Seventies most boys, including yours truly, had already read almost the entire Hardy Boy series, while the girls read Nancy Drew, and yes, we all read the Famous Five by Enid Blyton. The young ladies were also pretty absorbed with Mills and Boons romance publications, probably the equivalent of today's Young and the Restless.

In those days we had the Student's Companion, every student's Bible. Now the cellphone is the students' Bible, but what do they do on it has very little to do with their education. So yes, times have changed but why has it changed so much in our land compared to other counties? Have you noticed what happens at the airports while Caucasians await their connecting flight? They read- novels, newspapers, magazines anything to while away the time. What are we doing? We are talking, walking around or probably just at the bar having a few drinks. In fact Dominica has become one of the countries which best defines the saying that if you want to hide something from a black man put it in a book.

Ha! But not so much the Bajans. Probably it is no accident then that they are the most literate English-speaking country in our region. Studies have been conducted providing data showing there is a direct correlation between reading and a nation's intellect and judgement. It is no wonder our slave masters were afraid of slaves who could read because they could think for themselves, analyze, be decisive and worse still, they could educate other slaves. They could not afford this to happen so divide and rule tactics was employed. Let's make them house slaves, give team a position, tell them they are supervisors, give them power and soon they will forget and become white and even more brutal than their masters and even snitch on others who try to educate themselves.

Could you imagine that it took a white Peace Corps Volunteer in the Nineties, Ann Mill, to revamp the Dominica Writers Guild and today as you read this article another who had made Dominica her home heads the Waitukubuli writers?

What reading has done to Dominica, I do not know, but what I do know is that we just don't seem to like her. We continue to make decisions and form opinions not based on facts or discussion but on beff, mere physical likes and dislikes. We cannot look beyond the pages of human nature or their intentions, and so our decisions, be it politically, socially and even spiritually suffer, all because we refuse to open a book.

The coming of the internet seem to be the end of the reading age; soon there will be no need for the post office, text books or teachers for that matter; it seems that we are reading the last chapter; soon all books will be closed.