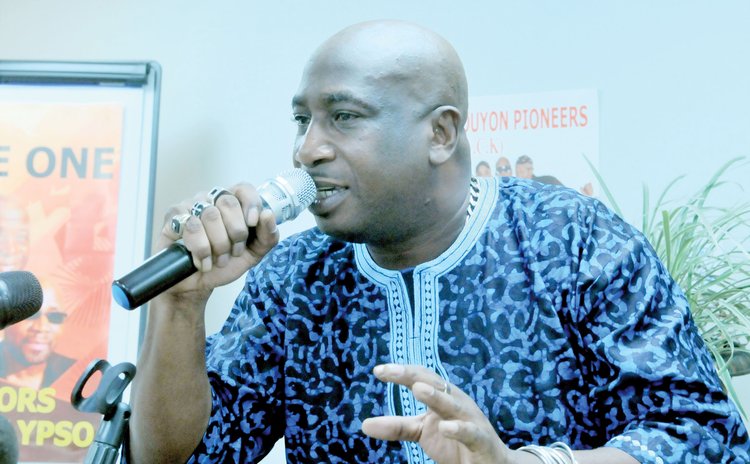 There may be other Leroy Charles' somewhere in the world but clearly there is only one Leroy "Wadix" Charles who has lived and breathed and sweated creole music for four decades.

He began the life of a creole music enthusiast as a student of the St. Mary's Academy (SMA), Dominica's boys-only Catholic secondary school.

In 1976, at the SMA, Charles was part of the Young Cultural Dramatists and from there he did not look back creating Wadicole Sound System along with close friend Francis Orle.

Over the years, Charles has gone all out to preserve Cadence music, the music genre created by Gordon Henderson and the Exile One group in the late Seventies. Since then, Wadix has preserved and stored hundreds of recordings of Cadence and other forms of creole music.

"We had to move across the island to preserve the music and have over 20,000…it has just been my life, I was an original member of the WCMF," Charles said.

Wadix, as he is popularly known, has received several awards including the Golden Drum Award in 2014 and in 2018, the Meritorious Service Award (MSA) from the Government of Dominica.

"My life, I have dedicated it to creole music…I have been hosting a radio programme for 24 years now (on DBS radio). It has been difficult," he said. "It has been a challenge to uphold the music. I live, sleep and eat creole music and Dominica's culture. That is my life and I just love it with a passion."

About Dominica's celebration of 42 years of independence, Wadix said:

"On the cultural side of it I feel we should have done more into the preservation. The culture is now like an endangered species. Very few accordion players are now available on the island. That is a serious problem.

We need creole to be taught in school from an early age…this has been a dream of Felix Henderson. The book and teachers are available, it should evolve.

"We now have COVID-19 and our artistes are suffering, no gigs in the outside world where they would have been plying their trade. We need a master plan in terms of getting them something."

"We need to put the resources in culture and not just saying that we love it. Raymond Lawrence is doing his best but he needs help and resources like an entire team to work with him to plan and execute all aspects of Dominica's culture," he said.

Among Wadix's plans are strengthening bonds between and among Creole peoples through a Creole Symposium; and share knowledge and updates on the Creole music industry.

"I also want to enhance and increase the impact of the Creole fraternity … this includes a creole philosophy – there's much to be learned between Africa and France and the Caribbean," he said.