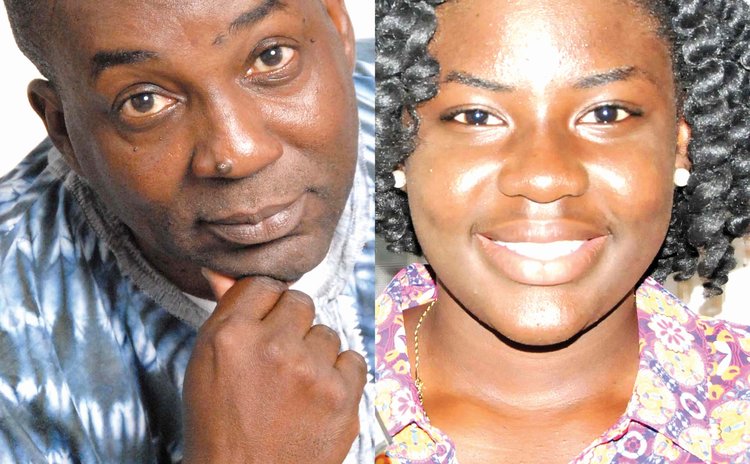 Without getting into too many specifics which could result in putting organizers and even countries in bad light, I have ventured to write this article more as a 'heads up' to artistes and musicians who leave our shores to perform in other countries. The article also serves the dual purpose of providing a synopsis of events pertaining to Dominica's representation and experiences in Nevis during Culturama last week.

It all began with an invitation and subsequent emails to participate in a regional Calypso Queen competition as part of Nevis Culturama activities. Having Dominican friends in that island I did some investigation about the organizer (whom we will refer to as Mr. W), whether he could be trusted or was the event authentic and I received no negative feedback.

Dominica's tri-peat Calypso queen through the graces of the DFC to whom I referred to contact Mr. W, seem to be satisfied and so sponsored the ticket which relieved the said promoter of that expense.

On arrival in that country investigations revealed that very few persons knew about that show and there was a rift between Mr. W and the director of the Culturama and so the "Queens of Queens" was not part of the official Culturama programme. This was the second red flag as Mr. W never submitted a letter committing reimbursement to Janae's manager and writer who paid his way to Nevis despite several requests.

Poor communication, problems with timeliness of meals, and an obvious avoidance of any public comments on VON Radio in Nevis or promotions at an event's square by Mr. W all suggested to me that there was something fishy.

I brought it to the attention to all the other nine participants in Nevis and they said they were observing the same thing. The matter was compounded when everyone spoken to on the island suggested that we had to be careful.

Participants were accommodated at a luxurious beach resort where the consistency of meals became an issue and the promoter purchased the meals through other catering services to deliver to participants.

But it was when the practice band which was brought over by ferry from St Kitts presented itself for the one and only rehearsal that Dominica's team decided that it would no longer participate. The Reggae band that never played Calypso before was unrehearsed and totally incapable of delivering, with the exception of the hired horns.

The value and expertise of Swinging Stars then became very apparent in this situation. I pause to tell Dominicans that it does not get much better than Stars when it comes to Calypso and we in this country must cherish their professionalism. I almost ventured and was asked to play bass guitar to replace what appeared to me to be a sleepy and "high" bassist who could not read music and who, in my view, was the worst of the lot. Two hours was spent on the first artiste and they said they would come back to her. Miss Tortola backed out from the competition.

All scores was set weeks ago except for the Antiguan representative and the guys only practice suggested impossibility. Since I was not contracted to play bass and Mr. W had convinced most of us before coming to the island that this band was top notch in St Kitts…another misstatement.

Well, Janae and I (her manager and Dad) decided this was now just a short vacation to Nevis especially as no contract was signed and Mr. W kept dodging any efforts to so do. This promoter had no Wi-Fi, no transportation and did not return our calls. His partner, a sponsor, a businessman -Mr. S, who told me that he contributed $20,000 to the activity, was more accessible, but seemed to me to be as confused as to the inept organization of the event. The other ladies all agreed: no contract… no show!

However, the history of Black people seem to indicate that they never stand by their word or stand for anything and so the ladies all dressed up the following day very excited to put on their costumes and dresses to perform.

Dominica followed suit and again reiterated our non- appearance on stage if a contract was not drawn up. The result: we were finally the only country who got something in writing and so went on stage knowing full well that all of us, except the representative from St Kitts where the band was from ,would not get the desired accompaniment.

Janae's 1st song " Gratitude" was butchered and so her second song " Rise" though better executed and one of the best Calypso performances in that round could not make up for the first round disaster although I tried my best to direct the musical changes on stage.

The poor turnout of less than 500 patrons felt it and cried out at the obvious quality of the band throughout. A squeaky sound system, the collapse of the drum machine was just the beginning of sorrows.

I must confess that I failed in providing Janae with the appropriate songs which had a heavy political slant by most participants and others which highlighted women's issues. A very mature audience also suggested that "Rise Ghetto yout's" would not have the same impact in Nevis as it did in Dominica. Though "Gratitude" is a great melodious emotional rendition it is not a hard hitting political satire. In a nutshell, Tasha's " Woman Time "or "Free Lunch" would have been more formidable in such a competition where only Leeward islanders competed lamenting similar issues.

In the end St Kitts won with two slow pieces; the latter a lecture in song about the evils of inorganic foods and cancer. Trinidad who put on a show in a mode not allowed in our local Calypso competitions asked the small crowd to raise their hands and even pulled the horn player from the band and had him to solo as part of her act, came second and Anguilla's representative, whom I think should have won, was third. There were points for a category called demonstration and 30 for arrangement!

While a section of the patrons were routed for Janae who could have still placed all things being equal musically and in keeping with the point systems in Dominica, I was aware that it was fruitless.

Finally, quite a few of our artistes have fallen victim to similar treatment and feel ashamed to mention it but as an artiste myself I think it is my duty to warn about contracts, criteria for competitions, knowing your target audience and to spot irregularities. More so Janae's trip was sponsored by the Government through the DFC and Dominicans have a right to know. Also instead of repeating myself to all and sundry re Dominica's exploits in Nevis, I can now refer persons to this article. Nonetheless, I can assure the public that it won't happen again to this artiste and this was also written so that it does not happen to you.