Let us Recognize the Notre Dame of Song 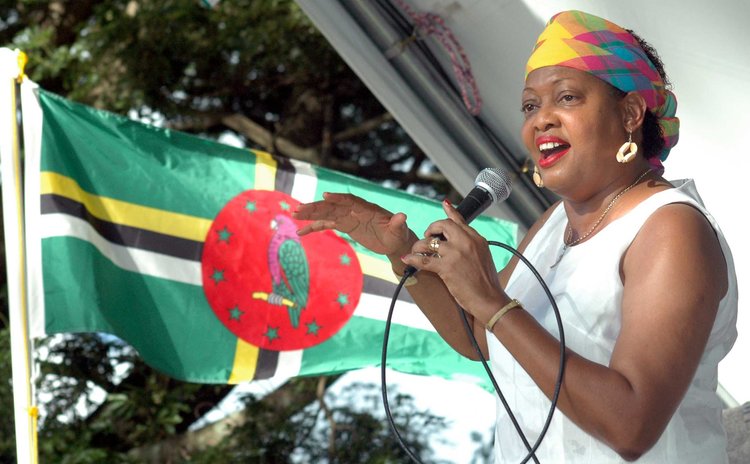 Yes, in case you did not know, Notre Dame is French for "Our Lady" or "Our Mother" as in the Blessed Virgin Mary. So it's no wonder that the Christian world stopped for a moment as the French watched horrified as this over 800 year old edifice, the Notre Dame was gutted by fire just over a week ago.

The Christian world and indeed Catholics all over lamented the loss of not so much the physical structure which withstood centuries of wars and natural disasters but more so its significance of the irreplaceable historical artifacts within its doors: paintings, the crucifix, Jesus' crown of thorns, stained windows, architectural treasures, monuments, medieval relics, literature, hidden-treasured manuscripts, all encased within its doors. Over 8000 visitors a day, millions a year, its only competitor as a French landmark is the Eiffel Tower built about seven centuries later.

We in Dominica have our own Catholic equivalent, simply referred to as the Cathedral which has been languishing for years now due to damages caused by hurricanes. Not the Notre Dame, which is expected to open its doors again in five to six years if the French president has his way. Hundreds of millions of dollars are pouring in from billionaires, rich families, the religious, those who relish what this world landmark represents, the pious, and devout and of course those who see it as an investment or ticket to Heaven.

Catholics in Dominica for obvious reasons do not possess resources, financial or otherwise, seem to be content with the St Gerard's Hall as the new Cathedral as fund-raising efforts or refurbishment is at snail's pace or have come to a proverbial halt. If more value was placed on the nostalgic, spiritual and the sentimentality of this edifice, I am sure there are persons on island who could contribute more recognizing that the faithful are not big on tithing. I am sure much more will come out of the kit of many to help fund the coming general elections. This, I dare say, is a matter of conscience for every man but I do marvel, by comparison, how miniscule congregations of other religious persuasions can do so much with supposedly much smaller collection plates.

Whatever the message is being sung by the destruction of Notre Dame, in Holy Week just after Palm Sunday is probably best left for the Pope, his cardinals, bishops, and priests and world congregants to decipher but as the smoke lifted to the heavens, I have conjured another story.

Having said all this, I draw our attention to our own Notre Dame in Dominica. It is not a building or something inanimate as paintings or stained glass windows or priceless monuments or complicated architecture. But the significance is almost as priceless. I speak here of our Lady of Song , our Notre Dame of song celebrating 40 years of professionalism in music as a career.

In 1975 Ophelia won the National Patois Song Competition as it was then called with a lancer which was recorded by Gordon Henderson and is still today her signature song: "I Dominik". Just as the Notre Dame in France there is not a single Dominican who doesn't know of the exploits of this great Lady of Song revered more by the French than her own people.

What you might not know, or have forgotten, is that her songs together with Gordon Henderson's at one time was banned on the Nation's Station for a couple years by another management team (I can't see that happening under present manager Cecil Joseph). She has only performed or invited to perform six times out of the 20 years of the WCMF and she has never, ever been invited to perform at the Jazz and Creole event even if many artiste here perform her works at the event.

Ironically, our Notre Dame of Song, Ophelia Marie, are one of two living Dominicans who can attract the largest audience from the French Antilles at any musical showcase on island. We hear the DFC all the time touting that their greatest visitor arrivals by far to Dominica are from Martinique and Guadeloupe. Who else is a greater pull factor than Ophelia?

Yes, she is a senior citizen now, she still shows no skin on stage, she may not have the showmanship or the songs that present- day youth would gravitate to. But her songs are monumental, and would blend in well with the targeted family-type atmosphere at the Cabrits? Ophelia still has a massive following and relevant to certain demographics, yet her patriotic songs and lyrical content were not even considered for showcasing at WCMF 2018 when we celebrated our 40th Anniversary of Independence. Ophelia's contribution is as old as our nation. Ok, I hear someone say it's an oversight.

Well, one would think that this oversight would not happen again particularly now that it is exactly 40 years. Who is more Creole than the Wadix dubbed "Mama Creole" as a performer in Dominica? Every day we hear the voices of Chubby, Co, Michele and others paying homage for the Lady of Song's contribution (not the DFC….as yet I hope), but we found a way to remember Boo Hinckson and still keep " walking with our eyes closed" or may be our ears closed to the Notre Dame of Song.

I have no negative comments to make about any of the artistes, chosen for the Jazz & Creole Festival as I think Mel and the Smith Brothers have a fantastic future, while Bo and other professional acts give some authenticity to the international Jazz element, but really it's time to out the flames on the Notre Dame of Song in this country and acknowledge her contribution and put my DGS teacher where she belongs at the Cabrits, on the stage of Jazz and Creole; an institution within an institution.