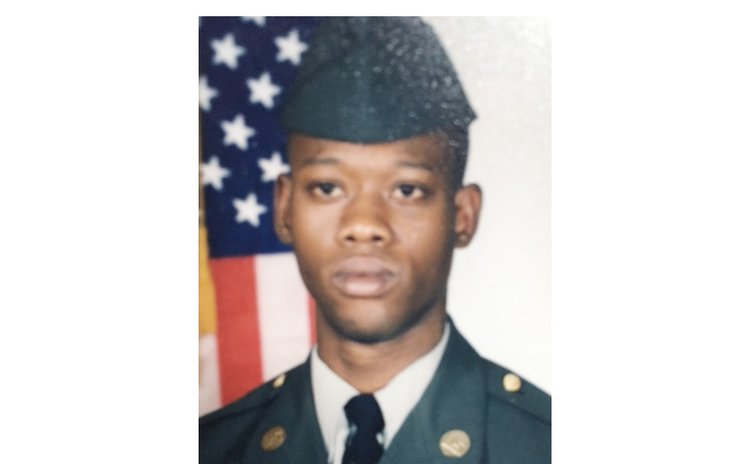 More than three decades ago a young man left the shores of Dominica, a country he loved so dearly for opportunity, a future in the USA. Carl St. Rose was one of the first Dominicans I knew who received a 'multiple indefinite' visa. For many youths at that time this was gold as thousands left particularly after Hurricane David.

Well, this departure by Carl, as almost everyone in Dominica called him, was not one out of desperation but one of adventure and opportunity as David had long passed. He left having been just called to duty by the national football team as one of the best midfield players on island .He was a tall, lanky, a hard kicking-left or right attacking midfielder who more than occasionally scored for Saints or Gramacademites (combined youthful talents of the Dominica Grammar School and the St. Mary's Academy).

Carl was a must in any penalty kick off and a more than capable 800 hundred metre runner in his time.

He was known among his peers as one with an aptitude for figures; he was funny and jovial but one who detested exploitation from, or to, anyone far less himself. And so, he voluntarily left his job citing exploitation by his then employer. He left as Junior Table Tennis Champion and all, and eventually became a "Soldier in America"

That black consciousness was kindled as he witnesses firsthand the pretentions and treatment of his kind and eventually began to make mental notes and a latent poetry emerged while his Facebook friends and associates took note.

Captured and beaten and to the mainland bound

A signal for help, a signal of distress

A signal to an end to this filthy mess

Yet, you will always find that open vent

and represent the aftermath of money spent....(he smoked it)

you rise above to that open gate

Unity, I hope and daily pray

you'll find in black, white and shades of gray

And like the burning flame which is its cause

So let the challenge guide you to...get what's yours!

And he did get what was his, as he expresses in this next piece-though haunting questions still linger.

HOW CAN I LOVE YOU?

As a sister, a brother, a mother of nine?

As a girlfriend, a lover, a wife who is blind?

As a friend, do we find a reason for sex

Then shoot to a climax and wonder what's next

Is it measured, is it tested, is it tasteful for you?

Is it doubtful, is it certain, is it false, is it true?

Can I stop it, can i break it can make it last long?

Is it withered, is it shaken by the weak or the strong?

In yours ways, do you feel the need to convert

Are the doors of my heart open to hurt?

In my life, do I strive to give it the best

Or in death, do I give it the ultimate test?

His ultimate test came as a husband, a father and now, an army veteran who is fast pursuing his doctoral studies in mathematics. His work with inner city youth in New York has yielded dividends through a private tutorship programme for which he has been sought after, albeit on a small scale, because of his passionate and uniquely philosophical approach.

Carl has seen it all; love, death in the battle fields and now, his poetry. He reflects on his service, not in defense of the goal of his Saints goalkeeping brother 'Chinee' at the Windsor Park, but this time in satirical reflection of his service to Uncle Tom, while I, his bigger brother, like you, read on.

You are welcome! But am not! I served you right without fuss or fight

While you dedicated your life to showing your might

To utter a word ... not of despair but fair to the table at which I served

In uniform I defend till none can compare

But the apron released brought pain that I share

But my walk home is uncertain and deadly as much

And my tables kept clean

The drinks came with honor for the soul dear within

The sergeant at work got closer to dirt

And the soul oh so dear was subjected to hurt

Your franchise I followed to Korea and back

Germany extended its heart to my heart

And why did I keep serving the food that you eat??