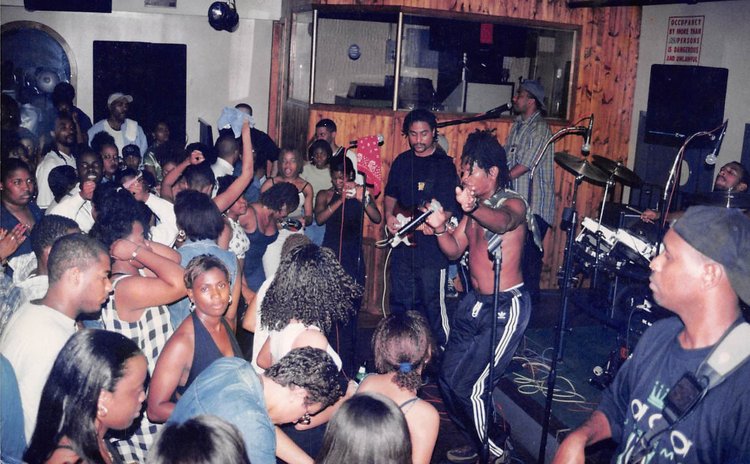 We have all heard complaints about the lyrical content of some locally generated music, including Bouyon.

Some persons want the lyrics to be improved in terms of quality and depth, while others want songwriters to stop writing lyrics that promote vulgarity, violence and degradation of women.

But on the flipside of the coin, manager of the Triple K band, Emile Depooter said no local songwriter has come to him offering to sell lyrics or music to be used by his band.

He agreed that the quality of lyrics of local songs needs to be improved, but added, "Not one person has ever approached me and said: "Emile I have a song I want you all to listen to [it]…"

"Nothing like that at all; so if everybody can identify there is a problem with lyrical content that means there is an opening for you to make some money…But nobody at all!" he reiterated.

Depooter said he even put out an invitation on Facebook last year for song submissions, but got no response. Further, Depooter said one has to consider whether or not some of the lyrical improvements being called for are too extreme.

He pointed out that songs that make it as billboard hits often do not have constructive lyrics and it is the music that make the songs popular.

"I keep telling people that as an artiste you have to know where your comfort zone is. So once you are comfortable playing or singing that sort of music and you figure it is taking you somewhere, you want to go, then you continue with it."

One of the island's Bouyon pioneers, Cornell Phillip stated that he thinks it is the general responsibility of performers to include some uplifting messages into their songs.

"We as a general body, as a general industry, as general performers of Dominica need to understand that we have a responsibility for the building of society.

"So if we see that we are going wrong, if Triple K sees it's time to do some conscious lyrics with uplifting good messages in our music, I mean it's not anything bad you're doing…" he said. Phillip added, "I honestly believe it's time all for these bands get back to putting some…serious messages into their lyrics. There's too much going on…

"Too much violence…We are bombarded by these things on the social media so much. We are losing our culture," Phillip said.