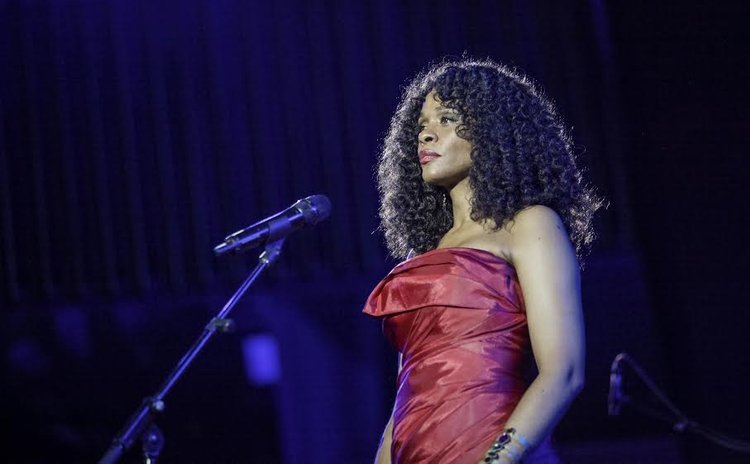 AGSelectPR, New York City NY, Tuesday, 7 July, 2015: Dominica's very own, marie-claire (Giraud) was one of over 140 performers from around the globe invited to perform at the "Transforming Power of Music' concert held at the United Nations (UN) General Assembly Hall in New York City on Tuesday 30th June 2015. This mark's the classically-trained singer's second invite by the prestigious organisation to perform at a UN function.

In December 2014, marie-claire performed at the High-Level Pledging Luncheon to raise funds for the Permanent Memorial at the UN to honour the Victims of Slavery and the Transatlantic Slave Trade as well as at the launch of the Decade for People of African Descent (2014-2024).

Hosted by H.E. Mr. Sam Kahamba Kutesa, President of the 69th session of the United Nations General Assembly, the June 30th concert sought to celebrate the diversity of music. It was also held to support the UN's '2015: Time for Global Action' campaign, and aimed to raise awareness about the devastating effects of climate change on the livelihoods of communities around the world and the planet's fragile ecosystems.

Looking regal in a red Pnina Tornai gown (of "Say Yes to the Dress" fame), marie-claire performed "Ombra Mai Fu" from Händel's opera 'Serse'. She was accompanied by the New York Symphony Orchestra, under the direction of Musical Director Mr. David Eaton.

marie-claire who is currently based in the Bronx, regularly performs on the New York Jazz circuit. In October her vocals will be on show in Jaipur India at the private collection presentation of "Quatre Poeme Hindo de Maurice Delage" – a four song cycle by the French pianist and composer. Marie-Claire will sing the cycle in French.

The multi-talented entertainer is also reading for co-starring roles in two movies.

For updates on her upcoming performances, visit her website