Message to the people of Dominica following Hurricane Maria

rom The Secretariat of the Committee for Ecological and Social Awareness 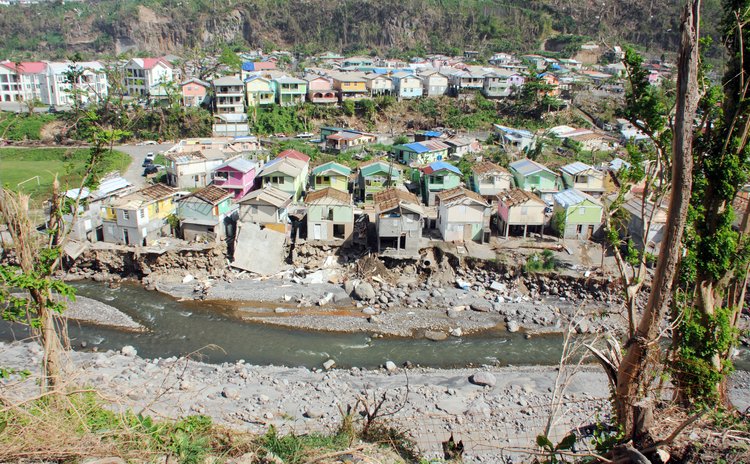 Hurricane Maria has come and gone, leaving havoc in its wake; and now that the dust is beginning to settle, it is not too early to turn our minds to the big question of where we go from here. It would be a tragedy for the coming generations and for us, if we were to repeat the mistake made after Hurricane David thirty-eight years ago and merely settle back into the same old pattern as before without a long-term vision to guide our future.

Such a vision is necessary because without it we are reduced to merely reacting to events, without the capacity to determine their outcome. In the era of climate change this is no longer a viable option. We must either think ahead and adapt, or perish.

We may have been shocked by Maria into realizing that we need to develop resilience in the face of what could well be more destructive natural disasters in the years ahead. But resilience begins with a proper appreciation of the conditions that create the need for it, and with correct and effective ways of dealing with its consequences. In any case it is the people, the community, the polity, that will have to be resilient in the face of future shocks. The resilience of every Dominican depends on the resilience of the community as a whole.

Strengthening physical structures is, ofcourse, necessary, but it is not sufficient by itself to make the community or the people more resilient. And it is the resilience of the people that matters. It all depends, therefore, on what we mean by "resilience". There is "resilience" in the narrow sense of stronger physical structures, like stronger bridges, roads, buildings etc; or "resilience" in the broader sense of a stronger community that is capable of bouncing back after a disaster. What, after all, would it profit us to have the strongest roads and bridges in the world, if the society itself was so weak that its members panic and lose heart when disaster strikes.

The problem that we confront as a human race is what His Holiness, Pope Francis, in his Encyclical, "Laudate Si", called the crisis of nature. We live under a global system that has unbalanced the rhythm of nature by the careless over-use and unequal distribution of its resources. As the Pope further explained, this crisis of nature goes hand in hand with a second crisis, the crisis of society; the crisis of inequality, injustice and poverty.

These two crises have to be addressed together if we are to achieve any meaningful degree of resilience. We, a citizens' Committee for Ecological and Social Awareness think it is therefore necessary for us to

-Recognize that we are faced with a national emergency of the first order, and therefore

-Recognize that the crisis of nature has been caused largely by our own human actions; mostly, it is true, by the actions of the so-called "developed" countries, but by our own local actions also. The amount of debris brought down by our rivers and their increasing destructiveness in severe storms attest to our contribution to the severity of the effects of climate change if not with causing climate change itself. Dealing with climate change therefore requires action both at the local and international levels. On the local level a new planning regime will be crucial to protect the country.

-Recognize also that the crisis of society is as much part of the problem as is the crisis of nature. World-wide, unequal consumption of the resources of nature, is the hallmark of the system under which we live. We suffer from both inequality of income and inequality of opportunity. Social injustice is at the heart of the problem of the world, and of our problem in this small island also. Social justice must therefore be at the centre of our search for a solution. The changes that we will have to make will have to include specific measures to create a fairer and more equal society that takes into account both the need for incentives to encourage individual effort and enterprise as well as to distribute society's resources and its fruits more equitably.

-Put policies in place to enable us to take advantage both of our small size and vulnerabilities as well as of our natural spectacularity, by creating a "green economy" based on renewable energy, organic agriculture, small-scale, light, industry, recycling, eco/hiking/heritage tourism, appropriate information technology, among other things - all underpinned by a system of appropriate fiscal incentives.

-Constitutional Reform to repair our broken system of governance and a revamped Integrity in Public Office (IPO) institution to strengthen accountability and prevent corruption in government.

-A greatly improved system of local government based on direct local democracy, into which more of the national wealth is invested aimed at improving the general education of the population designed to promote greater community cooperation as well as greater individual self-reliance.

-The revival of some now abandoned cultural practices such as the "coudmen" system by modernizing and upgrading its methods to help cement the bonds of community, as well as create greater resilience and security for everybody, and

-A matching education system that stretches from the cradle to the grave.

-We need to take "The Nature Island of the Caribbean" concept more seriously, since it can be made to embody images of pure, natural living, healthy lifestyles and longevity and can become a powerful brand in its own right. It can also help to create an international niche for our island through which we can attract targeted markets and investments; but most important of all, it can be made to embody the image of a community for whom being in tune with ourselves, with nature and with each other, is an important value; a community striving for a just society in which all, without exception, shall eat.

-Would that not be a future worth working and living for? and could any society be more resilient than that?