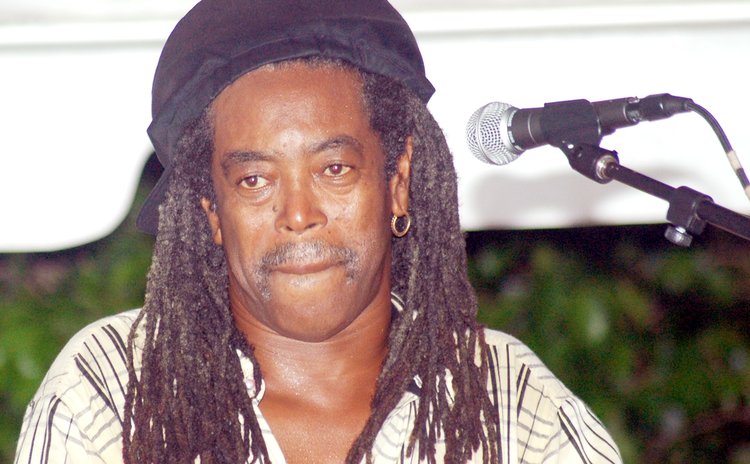 Will technology replace human's musicians or will musicians just become obsolete? This might not have been considered a few decades ago but with the advances in technology in every facet of our lives it now seems a legitimate thought. Machines have created massive unemployment or underemployment in many factories all over the world and in the creative industries, music being the fore-runner, it is now obvious.

In the past a band unit would consist of some 7-8 musicians: drummer, keyboardist, two guitars-rhythm and lead, bassist, lead vocalist, a percussionist and even background vocalist who did not play an instrument but were very much part of the outfit on stage.

In the days of orchestration and brass a few more would have to be added to the combo section: trumpet, sax and trombone. If you are old enough one would have fond memories of the Swinging Stars, Ignations, Explosions,

When the synthesizers in Cadence music enjoyed some dominance with Grovers, Liquid Ice, B- Blood, Black Machine, brass was still ever present but now it is a given for most bands that brass is now "extra baggage" for want of a better word. Extra musicians to be paid, to travel with and the keyboards serve as a good substitute.

Moreover, brass is laborious, requires dedication and years to master the art and one would have to be able to be musically literate. Yes, theory is necessary to be deemed a competent horn player. Serenade would be the first to admit to this fact. A guitarist or keyboard player and of course the drummer will get away but not the saxophonist.

Still in a few decades ago it not so bad but since our music became heavily influenced by Burning Flames and 17 – Plus of Antigua and the Virgin Islands respectively, the demise of horns was inevitable.

Though Imagination Brass and Jam Band were still strong influences in the OECS, the big band era was quickly disappearing.

The high- tech keyboards and drum machine which could do anything was introduced: effect guitar tones, programme drum rolls, mimic brass tones accompanied by the use of sequencers. Now one man or two men could sound like an entire band.

Musicians now go on stage with computers and all sorts of gadgets cheapening creativity by replacing it with technology. Today guys have auto tunes and all sorts of effects on their voices replicated from studio recordings which can make less than a talented vocalist sound great.

A keyboard player can sound very skillful at his craft but if you look closely 70 percent of what you hear has been sequenced and it's just a matter of pressing the correct buttons and music emanates from the speakers making the musician sound like a genius.

First hand a few years ago a Trinidadian producer who actually was a reasonably good guitarist came up to me with a keyboards the size of a twelve inch ruler pressed a couple button or knobs on his computer and asked me to strum three chords as he was not a keyboard player. Well neither was I, but at least he thought I was better so I did as he requested. Two hours after he presented a recording that was unbelievable by manipulating the chords I played, his few guitar strums and the use of drum pads by manipulation of technology and his expertise at the software.

An unsuspecting consumer of such music would be in high praise for the final product thinking what a fabulous musician this guy is based on what emanated out of the speakers, but, he would be wrong. The producer in this case was an expert in recording software and could make magic with it.

So the question is why employ musicians to play or why learn to play a guitar or keyboard if you can make such lovely sophisticated music and wonderful vocals even if you cannot sustain a key or have no range to speak of. The answer might just be that it is more important to be a music technician than a genuine player of the instrument.

Drummers have disappeared and now act as support to the drum machine when it should be the other way around. I have seen Jama called off because the band can't get the drum machine to work properly due to power fluctuation or other technical issues. They are held hostage to the rhythm provided by this box as it becomes the heartbeat of too many rhythmic bands.

However, isn't this cheating the patrons when watching a band in concert? I can understand and one may want to advance hundreds of reasons why machines and sequencers are necessary to sustain non-stop music when humans must at some time rest at festivals or during carnival on the road. But these are these same reasons given by businessmen to replace and make redundant employees: speed, efficiency, multi -tasking, standardization of product. Yes, the machine can go on and on, but while it does we are deprived of the authenticity of the real musician. This is one of the reasons many love Kassav and can't get enough. Their music is humanistic and not mechanical and void of the human connection.

The late Shadow lamented the use of calculators and how it has limited the mind power for mental Arithmetic "tick tick tick Arithmetic" he chants. I want to echo similar sentiments in reference to modern music "tick, tick, press button, press = Music".

Hence I predict that our bands will soon be two or three acts as in C squared (though I recognized they have their time and place) and musicians will slowly become redundant, obsolete while technology slowly invades their space.