My thoughts on 2018 Calypsos 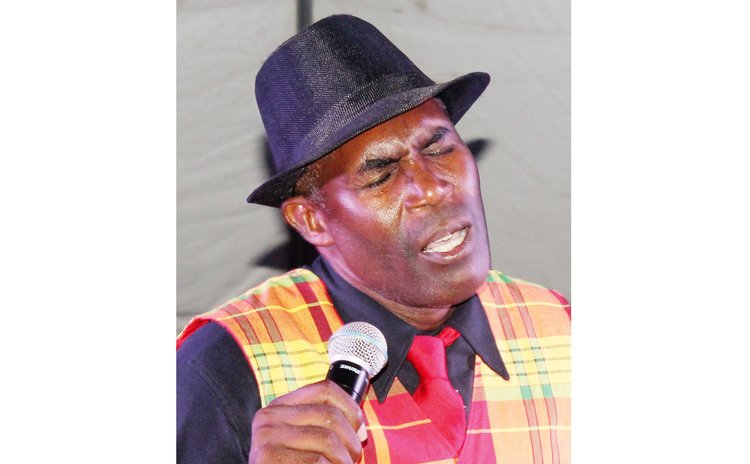 This article was submitted just after the Quarter Finals but given my assessments which over decades have proven correct, I expect the same outcome. I expect at least nine from the first 12 places at the Quarters to make the final nine. I do not anticipate new inclusion unless there is some blatant error by the first 12 disciples or unanticipated brilliant performances.

Easily the most popular Calypso this year is Lugar's 'Maria Wet' but the lyrical content should not elevate it into the Finals as it is found wanting on all fronts. I find it somewhat disturbing that a calypsonian who sang such elevating material as "Internet Children", "Tribute to Nurse" just to name two has resorted to suggestive lyrics as "Crabs" and now "Wet, Wet." But again, probably the artiste has found his niche which brought him to the arena with a song entitled "Pussy Cat".

Easily Stephan, Tasha P, Bobb, Queen Janae and King Dice have the best voices and are not just limited to Calypso but can master other genres as well. Still Chris B has a unique voice and presence which has much more potential for greatness than I think the artiste himself realizes. Granted his part two of "The Country Nice" entitled "The Country Still Nice" though it has a captivating melody is not properly developed as the parent composition as the lyrics are strewn everywhere without much structure or form. What about Jaydee one may ask, Dominica's most improved calypsonian and writer of his own composition? Well, I expect him to do well and I predict that he will win the crown in the very near future.

Meanwhile, the Trini-zuelan would do well to, as I advised, to change the title of his song from "Dominica You Sweet" to "Dominica Strong" as the latter more appropriately supports the lyrical development.

The standard this year's Calypsos is surprisingly good (without Daddy Chess, Janae or Webb) as any other year and perhaps better than most because although the majority is based on hurricane Maria, the range of treatment of that subject, says a lot about the great skills and vision of the composers. Still a Calypso fan drew to my attention that no one was complimentary about the strength of this woman and challenged writers as myself asking to "marry her" (Maria). Interesting, but a bit too late; Quarters had already passed. Nonetheless Comforter wants another Hurricane, a spiritual one….introspective and different composition.

I am one of those who have expressed disgust at Arsmiss's "Pussy Cat" composition. To add insult to injury it was judged good enough to go into the Quarters. Another song by Looney, certainly by no means a Calypso, was accepted in the Elimination citing 'Maria was Taking Endless Wood.' I was happy when on moral grounds Daryl Titre and the DBS manager refused to air such undiluted smut. The Dominica Calypso Association erred in the first place by accepting this as a Calypso to be judged.

I also want to weigh-in on one of the controversy on the merits or demerits of singing a recycled song whose melody was already used. Well, I agree if it was never used in a competition, why not? Scrunter would not be the first. Brakes did it with "Workers" and Lugars did so too, some years ago. However, when the same concept is applied, one is not just not using the melody anymore. You are cheapening your lyrics, creativity and originality which impacts on the judges score card.

One Dance Hall "riddim" can have many versions, but if the treatment is the same, herein lies the problem. In my book a calypsonian of Scrunter's pedigree, on a comeback (albeit for the third time) should stay away from recycled calypsos, and repetitious slogans.

This year the defending monarch is lukewarm coming from his best composition of all time ("In a Minor Key") last year. Still no one can rule out the King on stage, where the competition really is, as he has proven time and time again. King Observer looks refreshed and Tasha P focused. The eight-time monarch- the greatest this land has produced i.e. Dice, is strong again sending a message to "Looters". One feels the substance and timeliness of the message is what will draw the line or return him to the glory of the throne.