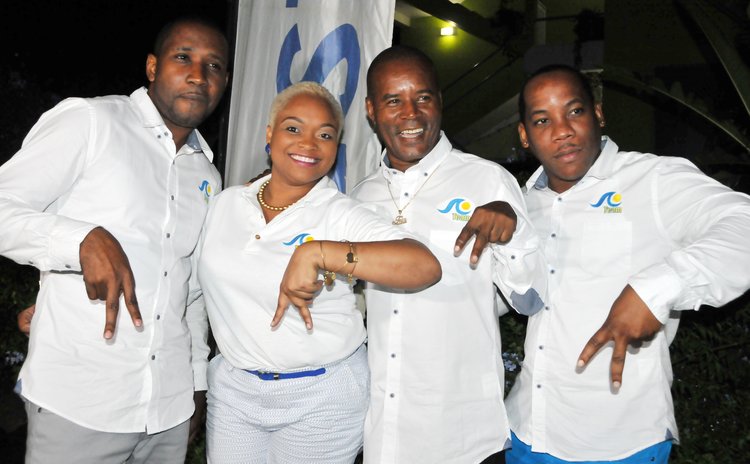 Particularly when his voice came back so strong

While the Nation watched a football match

A fundraiser to aid an ailing heart

Creole's champion fought against all odds

Holding fast to his all, trusting God

Bazil made serious of his ad

Wife Carla and Grace gazed at his contorted face

No longer the free spirit the Nation once embrace

48 hours in prison or a vagrant on the street

To tell the poor man's story you accomplished every feat

Oh Master of of wit, pun and satire

For adverts, you were the merchant's choice

The message resonated, though comically voiced

You introduced us to Niniput and Bazil

Characters you personified, and made so real

'You must go' indeed your ads told us so

And by some strange coincidence foreshadowed that dreadful end

As Bazil lurked around the bend

Still the Sisserou recognized your flight

Touching every soul class and race

You mingled, resonated and brought a smile to every face

Wadix who confess, you taught him everything

While Steven D delights, it was you who brought him in

The phrases you coined, 'attitude of fatitude'

'Oh my finger' your exclamation platitude

The poetic ease of your creole tongue

Brought joy to hearts, in village and town

Except when West Indies lost another one

'Because you are with me' your final chapter and verse

To a life more bountiful than wallet or purse

You gracefully nourished the land, now return to its earth

Away from life's darkness to a place of light