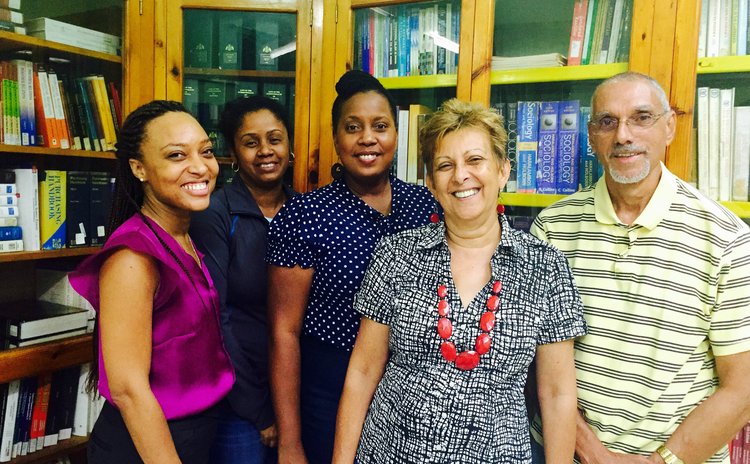 Newly elected Chair, Dr. Esprit, expressed her optimism for the organization and the Festival.

"I am excited to continue serving with the NILF in this new capacity, especially with such a strong and committed team, said Dr. Esprit. "The NILF is developing into a significant cultural and tourism product for Dominica and I'm happy to be part of its growth."

Plans are well on the way for this year's edition of the Festival, which is carded for August 7 to 9, 2015. In addition, the Committee plans to continue with its initiative to extend the Festival's outreach activities throughout the year and throughout the island. Therefore, there are Children's Workshops planned for the communities of Portsmouth, Kalinago Territory and Roseau Valley in March and April. The Committee will also be working with NGOs and service clubs and organizations to extend literary programmes.

The Nature Island Literary Festival began in 2008. It aims to impact writers and readers alike with a programme that includes interactive workshops, lectures and performances presented by local, regional and international talent.