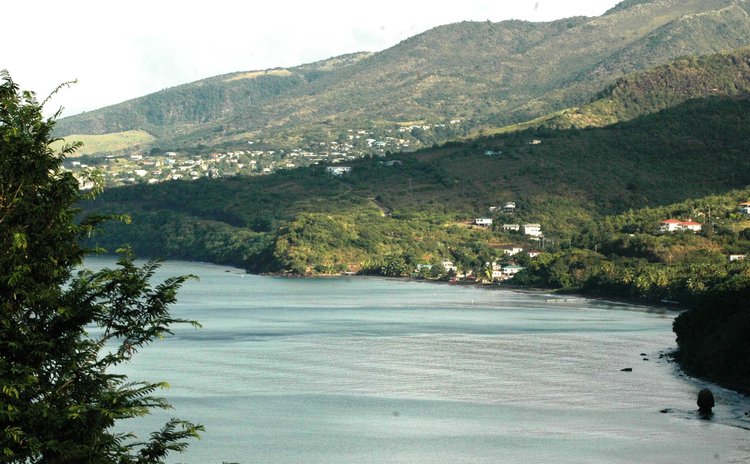 Mero and the West Coast

Noise, like other forms of pollution and mental abuse, is increasingly becoming an accepted part of our culture. But noise is a very destructive force, which impacts negatively on health, educational and spiritual development, and social relations. Those who create noise do not seem to care about the god given rights of others to be at peace in their home and with their own thoughts. The law is ineffective against those who violate the rights of others. There are many reasons for this, chief amongst them is the fact that those in authority and elected to uphold the law ignore it while other agencies responsible for our welfare turn a blind eye to the noise. Ending this burgeoning culture of noise can only be brought about when those in authority and in charge of enforcing the law and other authorities in charge of our welfare reflect on the damaging effects of noise and champion the law with rigour and absolute impartiality. Finally those of us with a moral conscience need to take account of the rights of others and defend the law. If as communities and a nation noise and other forms of pollution and mental abuse are allowed to flourish unchecked we will all reap the bitter fruits.

Noise is fast becoming a normalised and unquestioned part of our culture. People are increasingly becoming desensitized to noise. I have lost track of the amount of people, including police officers, who have told me that they can sleep through anything, even in the mouth of a loudspeaker but noise is a very destructive force, and as any psychologist will testify, it is a form environmental stress, like others forms of pollution, and a form of mental abuse. Mero is, in my mind, the very symbol of noise and all that relates to it in this culture. Mero was once a haven of peace and tranquillity, where the rights of others were respected, where it was possible to sleep undisturbed by noise, where the sick could recuperate and the aged live out their twilight years in the peace of their own home, where a child could study for school and a spiritual person could pray and contemplate their God without their peace of mind being disrupted by persistent noise. But this is no longer the case. Mero has become a sanctum for those who wish to disturb the peace of mind of their neighbours.

In Mero and other parts of this great and wonderful island, the sentiment, "Be Still and Know That I Am God", does not apply. God cannot be found in noise. Noise pollution dominates the social and cultural life of the village and other areas in Dominica. It seems that anyone can erect a loudspeaker in the premises or on the street and play music as loud as possible completely disregarding the law and the rights of others to be in peace in their home and with their own thoughts. In Mero a Spanish bar plays loud music whenever they feel like it, irrespective of time of day and night. A grill house and bar plays music until the early hours of the morning, without a thought for those who must stay up all night listening to the noise and get up early in the morning to earn their daily bread. Loud music, at the highest decibel, comes from the establishment owned by the Minister for Health, the noise from which goes on sometimes until 3 in the morning, a clear violation of the law. Anyone else who wish to, "make his or her bellyful of noise", as William Para Riviere has phrased it (The Sun, 12/10/12) believes that Mero is the place. Those who participate in such activities fail to recognise the very simple truth, that there is a point beyond which music ceases to be music and becomes noise. It is worth noting that the majority of those who make noise in Mero come from outside, make their "bellyful of noise" and go on their merry way to their quiet peaceful bed, leaving a trail of distress behind.

Few people, not even those responsible for our welfare, including the Ministers for Health and education, seem to recognise the detrimental effects of noise pollution on health, on education, on spiritual growth and social relations. Noise pollution limits a child's ability to concentrate and get enough rest to learn effectively, and a sick person's ability to heal; curtails the ability of those who are spiritually minded to pray and to meditate on their God when accustomed to doing so, and the rights of an individual to be at peace in their home after a hard stressed filled day, watching their favourite programme on the television or listening to their favourite music, read a book, if they have a mind to, talk with friends and family in the quietness of their home, and go to sleep when the need arises. The World Health Organisation (WHO) have suggested that noise is "an underestimated threat", which does not only cause sleep disturbance but is a major killer, increasing our stress hormones, which raises our blood pressure significantly, leading to heart disease and stroke, a fact that the Ministry of Health who promotes Caribbean Wellness Day, should take note of. Furthermore, according to the WHO, Noise impacts negatively on work and school performance. Persistent noise impairs early childhood development with adverse long term effects on a child's cognitive development, academic performance and health. It is not surprising to me that the majority of Dominican children failed their CXC exams.

The noise emerges from a belief system and mind-set that completely ignores the rights of others. There are a number of reasons why these people continue to pollute the land with noise and break the law. The law is ineffective. Those in authority and elected to uphold the law scorn it, and those in lesser positions of power, such as the ordinary officer in charge of enforcing the law, have not even read The Noise Abatement Act and those who have misinterpret it. There is no immediate penalty for breaking the law. Other agencies responsible for our welfare have abdicated their responsibility in this matter and have turned a blind eye to the noise. They neither acknowledge its existence nor its very real effects. Noise pollution they believe is a matter for the police. People do not complain because of fear of intimidation and victimisation, and because they feel that their complaints will not be dealt with in a fair and impartial way. They are treated with disrespect and as irritants to be shooed away. They may also be considered the "problem" rather than those who are making the noise and disturbing their peace of mind.

The normalisation of, and desensitization to, noise reflects a much deeper malaise, the normalisation of, and desensitization to, the other forms of abuse taking place in our beautiful and green land. Those who sleep through the noise sleep through the pollution and drying out of our rivers, two of which exists in Mero breeding dengue infested mosquitoes and one of these sits beside the establishment owned by the minister for health; they sleep through the deforestation of our emerald isle, the littering of our streets and the abuse of our children, a taboo subject that no one wants to talk about (like noise). Those who sleep through the noise and through these environmental and social degradation fail to recognise the legacy they are leaving for the generations following behind them.

Those who seek to violate the law and have loudspeakers blaring from the street or from their establishment perpetuate the belief that Mero is a party place. But Mero is a residential place. There are sick and elderly people here. Children of all ages reside here. This need to transform Mero into an open air disco is both unchristian and immoral and suggests a complete disregard and disrespect for the rights and the welfare of those who live in Mero, many of whom are vulnerable. An individual's right to party should not infringe on another's right to be silent and at peace in their home. I believe it is the right of each citizen to live their life as they wish, to pursue whatever brings them joy and happiness, to fulfil their personal goals and ambitions and to earn in order to feed themselves and their family but this right must not interfere with, or cause stress or harm to others. In other words it must not violate the rights of other citizens to do the same. It is our God-given right that no man or woman should be allowed to violate to be at peace in our home and to sleep in our bed when the need arises without having those rights trampled on by those whose sole purpose in life is to party and the rest be damned. What kind of world are we living for the generations to come when the right to party outweighs our moral, Christian values and responsibilities? To suggest that this once peaceful haven is a party place does not only reflect a disregard for the rights and well-being of others but in my mind is symbolic of the defiling of our national parks. Surely there are better, more suitable places to hold such events as the "bouyon jam" that took place on 8/9 at castaways, the noise from which could be heard as far away as Salisbury's Grand Savanne. Those who wish to play music every night should soundproof their establishment or conform to the law of the land.

Mero is not only being promoted as a party place but as the number 1 tourist site. But apart from the harassment that the tourist experience, which is well documented and which makes them reluctant to visit the island, pollution of the physical landscape and social landscape with noise are also a concern. The former president of the DHTA (Dominica Hotel and Tourism Association) Simon Walsh suggested that noise is a problem for tourist at the annual general meeting of the association to launch the experience Dominica magazine.

We have a fantastic law, comparable to any law of its kind in the world but it needs to be enforced more effectively. The IDA (Invest in Dominica Authority) suggested that the police are beginning to enforce the law in relation to the Noise Abatement Act but more needs to be done. Ending the culture of noise can be achieved by those in authority upholding the law, by educating people about The Noise Abatement Act, the consequences of not adhering to it, e.g., an instant penalty, and the detrimental effects of noise on their neighbours; by a more effective training for enforcement officers, who must enforce the law with rigour and impartiality; by other agencies ensuring the law is upheld; and finally all those with a conscience should take account of the rights of others and defend the law.

Noise is an environmental stress, like other forms of pollution, and like other forms of mental abuse, it is a destructive force, with negative effects on health, education, spiritual development and social relations. Therefore noise is not simply a matter for the police, but for the ministries for health, education and tourism and our moral leaders as well as for everyone with a conscience and who are guided by moral principles. If as communities and a nation we do not stop to reflect on the effects of noise pollution as well as other forms of pollution and mental abuse, we will sow the bitter seeds and our children will reap the poisonous harvest in the form of environmental degradation, mental disease and other health related issues, educational failure, stunted spiritual growth, empty morals and broken relationships, with secondary effects such as crime and drugs, all of which will place an enormous burden on the state and society.