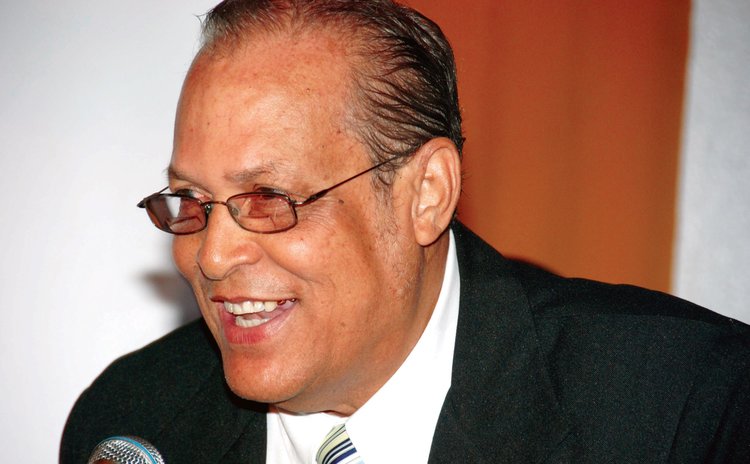 For well over 40 years now, when Dominicans are in the comfort of your home and can't go to a Calypso show or watch a cricket match they tune in to the knowledgeable voice of Ossie Lewis.

As a young boy I know of the exploits in cricket of Jeff Charles, another master commentator of the late 60s into the early 70s, but this was for just about a decade. Nevertheless, in the region when a genius of a commentator presents statistics, anecdotes, ball-by-ball commentary, has been a gifted orator with a mastery of the English language it does not get any better than Ossie Lewis.

Yes, he never really got his day on the regional stage as some of those we hear being a consummate civil servant of the highest order and as a lawyer and magistrate. On a few occasions when Ossie shared the comments booth with a few of them, he more than held his own.

You can hear it in his voice; the excitement, the air of expectation he brings to ears glued to transistor radios of the day, in today's vehicles, homes or wherever you are stationed. It's obviously a passion, not a career! Ossie breathes, eats and drinks sports and it is because of this love, vision, knowledge and analytical ability which makes him the best this country has ever seen in the commentary booth.

He has also played the game representing Dominica as a batsman of some pedigree. He was also a dedicated bodybuilder and simply adores boxing; he's intrigued by the body, its endurance.

Ossie Lewis is a walking dictionary not just for sports but the other 'C' - Calypso. I remember when I was producing the Calypso magazine "Lyric & Melody" in 2000 I requested that no one else but him write an article on judging a Calypso. And as he does so well with cricket, he segmented and broke down each criterion layer by layer that any born American could immerse himself, visualize and do justice to the judging sheet. So explicit!

Ossie's use of adjectives, metaphors, puns, and satire at times create word pictures, and even if you are not there, so vivid he paints the picture, words fly into action and you can actually see the cover drive played or the immaculate dressed or presentation of a calypsonian. I have had the cherished opportunity to do a couple Calypso broadcasts with this great man, and I am sure many others relished the experience. A prophet is never honored by his own, I am reminded.

Mr. Lewis is obviously well read and combined this with natural ability and passion, it's possible but such unfailing longevity is difficult to replicate.

One thing we have come to realize is that Ossie is human and a few times his passion can be brutal as he is not afraid to speak his mind. And why not? Still, one can say he is fair and candid in his pronouncements on cricket selections, performances on stage or the cricket field. You may not agree but he justifies his opinions.

I have heard some say that there is bias in his comments but I put it this way: if Ossie loves a player or calypsonian, NC or now King Dice, my response would be his biases are skewed towards the best and one can turn a blind eye to such human frailties which we all have. Football and tennis also seem to be a great love of his and would probably battle for 3rd and 4th positions but the 'Cs'- cricket and Calypso- stand supreme.

Like Jeff Charles this cricket and Calypso historian can make any lackluster game come alive and listeners stay glued, intrigued by information Ossie downloads from his head like a human computer.

I often ask myself who is recording and documenting, as a caller posed to a seemingly blushing Ossie a few weeks ago on Q95's 'Sports Rap', one of the most popular radio programmes in Dominica, where Ossie is ably joined by Lockhart Sebastien and Emmanuel Loblack.

Ossie Lewis is now in his seventies so can we put everything else aside and like me recognize his great contribution to this Nature Isle with the highest award this country can offer?