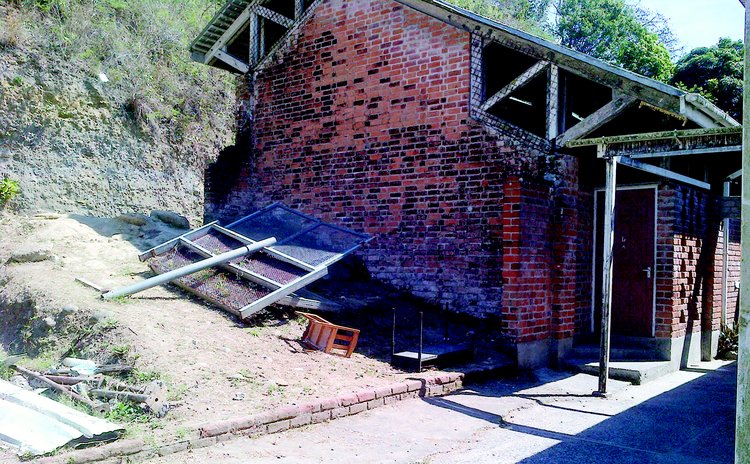 In a letter dated March 5, 2013 to Education Minister Petter St. Jean, the parents of the NPS said: "We the members of the Parent Teacher Association of the Newtown Primary School wish to express our dissatisfaction with the constant reneging of the Government's promise to commence construction of the new school building." It was signed by Andreas M. Newbeck, president of the NPS PTA Executive. According to the letter, the students of the NPS are being educated in an environment that is "not conducive for learning."

"Hon. Ambrose George, at the commencement of the academic school year 2012/2013, informed the parents during a general PTA meeting, of a tendering process that the Chinese had begun. At the time this information was communicated, there was only one month left re the tendering process," the letter states.

The letter goes on to explain that the existing facility is becoming more of a health hazard.

"Our children are becoming ill. Dust from the unfinished classroom floors, the unpaved yard and the site for the new school is posing a serious health problem to both teachers and students. The furniture and doors to the classroom are also falling apart and there are leaks from the roof," the letter states. "We believe that our children require a proper and healthy environment for learning. We are requesting that an update be given to us as to why the project has not commenced and the date of commencement and completion of the said project."

The PTA executive said the matter was "an urgent one and should be treated as such." The PTA also requested a response to their letter on/or before Wednesday 13th, March 2013, "failing which action will be taken as deemed necessary".

Speaking to The SUN just before a March 14, 2013 PTA meeting, Newbeck said the situation has existed for six years and there has been no improvements. And minister St. Jean seem to be unhappy with the PTA's action.

"It's unbelievable at the behaviour and reactions of those concerned especially the Minister of Education, Petter St. Jean", he said. He added that minister St. Jean was rude and disrespectful to him.

"After receiving the letter from the school's PTA, I received a telephone call from the Minister of Education who was rude, unprofessional and yelled at me saying that how could we write such a letter to him", Newbeck stated. "I did not even get a chance to respond to him because he was angry and then hung up the phone on me." When contacted St. Jean neither denied nor acknowledged that he did hang up on the PTA president.

At Wednesday's meeting, the PTA decided to prepare a petition with as many signatures as possible from parents and to deliver it to the Minister of Education as "a last ditch effort to have an amicable resolution to the situation".

Newbeck told The SUN, "we are trying our very best to have the matter resolved in the best interest of the students and teachers before resorting to protest action".