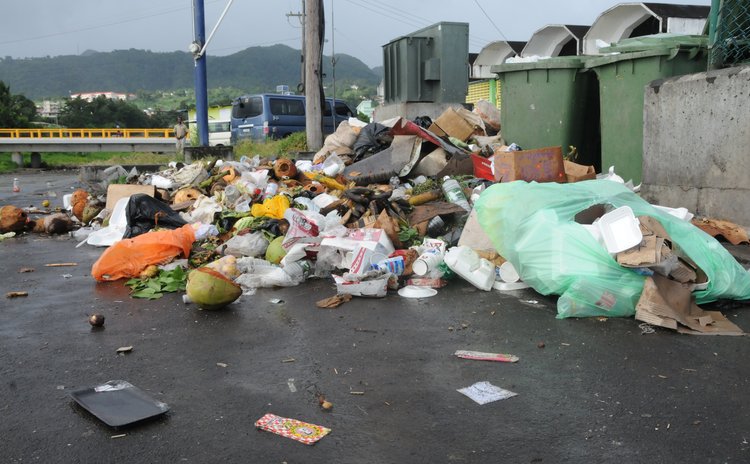 Looking at the total picture (especially in the context of post ERIKA and REBUILDING DOMINICA BETTER…) one thing Dominicans would very much like to see the gov't give serious and ONGOING attention to is the appalling garbage situation. There needs to be a MAJOR and well-financed CLEAN-UP PROGRAMME for the CAPITAL CITY put into effect ASAP. (This is NOT to suggest that there is not similar attention required for the rural communities…)

Focusing on Roseau, the Plan would encompass a substantial budget allocation to the Roseau City Council to finally allow the Mayor to employ the many-more street sweepers and cleaners she has long urged. The RCC could also then hire MORE city wardens to EFFECTIVELY monitor and promptly FINE those who dump garbage indiscriminately – and the follow-up staff necessary to ENSURE that the fine is paid QUICKLY - with INCREASES for each day it remains unpaid!

The Clean-Up Programme would also provide for at least three additional garbage trucks for SOLID WASTE to allocate EXCLUSIVELY for the city. This would facilitate consistent DAILY early morning collections, (not to exclude other suggestions from the Council and knowledgeable city dwellers and business operators…)

At the successful conclusion of the Programme, the Minister for Tourism should be able to invite Carnival Cruise Line officials to come marvel at the improvements since that damning visitor survey of a few years past. Then a major publicity campaign can be organized to tell the world what the little NATURE ISLAND did for the benefit of its citizens and our visitors!

Over to you, Mr Prime Minister & Minister (with Cabinet) responsible for CBI allocations…