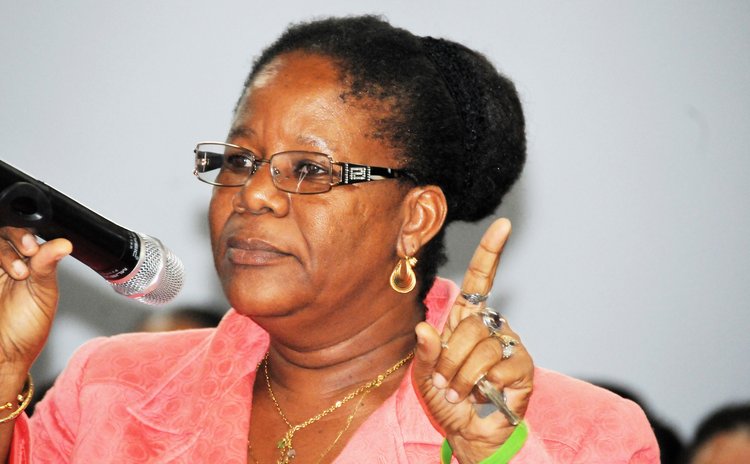 Soon after I submitted my last article to this newspaper I received a call from Gloria Septra Augustus informing me that she was staging a new production with her company La Cour Des Art. "Pretending reality", is an oxymoron and a rather interesting title, I thought, for a short feature film. However, what was pleasantly surprising was the sold out audience which descended on the PSU building to view the premier of the short film.

Some 26 police recruits in training, parents and their children, officials of relevant ministries and NGOs representing at risk youth as well as other concerned citizens present. Imagine extra chairs had to be brought in to sit the audience. This obvious interest may not have been a couple decades ago, but the world has become more self- centered, abusive and immoral today and so parents and youth yearn more than ever in seeking answers to child abuse and neglect.

The setting for the heart-throbbing 30-minute presentation was the home of "Mrs. Fraser". It represented an upscale residence which contrasted with the poor rural settlement that Madavan was used to. It was only due to his reported illness, or perhaps as a result of his delinquent behavior that he did not go to school that day, and so his mother opted to bring him along to work.

Mrs. Fraser's dismissive attitude upon her arrival signaled that there was something contentious or feelings of awkwardness between the two women. Madavan later bombarded his mother with a series of questions which ultimately led to what really bothered him-not knowing who his father was. This had been hidden from him and he took little comfort in having his uncle double up as his Pawen.

In the height of the conversation, a sudden stench turned the audience attention to a dead rat in the kitchen. This was a brilliant piece of diversionary tactic employed by director Curtis Clarendon under the consultancy of Alwin Bully and his wife Anita. Indeed the audience themselves had long smelt a rat; something was wrong and it was not being divulged.

Still, Madavan was not through with his mother's interrogation as he wanted to know why his big toe had a particular shape which led children to provoke him at school calling him "popsicle toe". Still no plausible answers were given, beyond his mother's hostility. First it was "go wash your glass" then, "go clean the basement".

The cleaning of the basement appeared to be a symbolic submersion and cleansing of the mind. As the cobwebs and dust were removed, reality seemed to rise to the surface. The patrons' eyes followed Madavan to the basement, in expectation of answers waiting to be unearthed, while mother 'Magdalene' nonchalantly tended to a pumpkin soup.

After a few brief moments of dusting, the 12 year-old boy's attention was drawn to a mannequin, a representation of the deceased Mr. Frazier. In his mission to make over the figure, he took a pair of socks to insert on the feet. The cinematographer's Sandra Vivas lens focused on what Madavan, to his horror, discovered. The Mannequin had the same toe defect that he had. He then confirmed the rumour that the elusive Mr. Fraser was indeed his long sought father.

Rage took over as little Madavan reminisced on the lies, the opportunities he might have missed because he was never introduced to his real father. The mannequin itself became an object to be punished, since his dad- Mr. Fraser, was not around in person.

With every stroke inflicted by Madavan (who transformed himself as a boxer and an avenging ninja turtle; red band tied to forehead, staff and gloves in hand inflicting blows) he sought answers for the taunts and lies he had endured for so long. It was a most brilliantly executed and moving monologue.

His exasperated mother, thinking he had lost it, for the first time revealed that she was paid. Madavan blurted out in exasperation "So Mamie, I was a deal?" Silence screamed. His world was spinning before him and unable to bear what was unravelling; he ran off, with his mother in hot pursuit. The audience's heart broke. The mother fell.

Poor Madavan, a juvenile who did nothing wrong, was taken in on remand as his mother suffered serious life threatening head injuries. He sobbed in his Pawen's embrace as the truth ignited even greater pain.

Again he sobbed "Mamie, Mamie, Mamie" incessantly when the jail door was locked.

Then, the credits scrolled up signaling the end this USAID, OECS Juvenile Reform Project and the Ministry of Social Services and Ecclesiastic Affairs film project. Spirits sank and the lights came on, signaling the beginning of introspection, confessions, and discussions provoked. In the end the haunting question posed: "Does a child have a right to know who his father is?" was undoubtedly answered in the affirmative by the spellbound audience.