On the allegations against Monsignor Eustace Thomas, Bishop Gabriel Malzaire says "Rome does not say that he was found guilty or not" 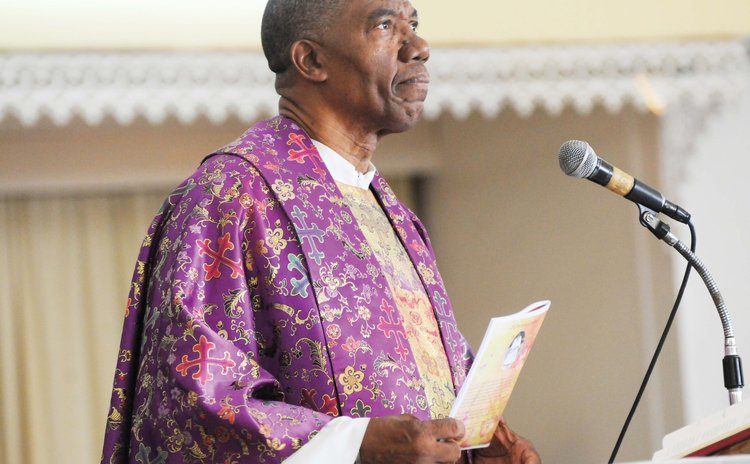 Rome ruled on the Father Eustace Thomas allegations in 2018

Bishop of Roseau His Lordship Gabriel Malzaire says he is "relieved" that Rome has issued its findings and recommendations into allegations of alleged sexual misconduct against Catholic priest Monsignor Eustace Thomas and he hopes both parties can accept the verdict and "move on with their lives."

"As far as I am concerned, this chapter is closed, both parties have been kept informed all the way while the process was ongoing. When the decision was taken they were informed so that each party can move on and so Monsignor has been informed and also the person involved," Bishop Malzaire said.

The Congregation of the "Doctrine of Faith" in Rome came to a verdict in the case of the "alleged crimes" committed against a female by the priest.

Bishop Malzaire explained that The Doctrine of Faith in Rome took into consideration that the accused is over 75 old ; that the statute of limitations has passed (based on the laws of the church at that period in time – and no additional complaints were made against the accused to say that he was a threat to minors).

"Bishops, whenever situation comes to our desk, we have to deal with it and I try to deal with it objectively. The church has a process, when a complaint is made there is a preliminary investigation with the results going to a review board," Malzaire said.

He continued: "I used the review board of Trinidad to ensure it was objective and when it returned its findings it was sent to Rome who then issued its recommendations.

Considering that he is retired that was a factor…he is still a priest and part of the clergy and not defrocked.

The onus is on the Bishop to be "vigilant "and ensure nothing happens.

Rome is saying giving the circumstances and the time that the alleged incident may have taken place he can still serve as a priest but under the guidance "of the Bishop".

"It's not one of those pleasant things to deal with…but in the process you have to deal with with such situations objectively with compassion and love. The integrity of people must be maintained, the church tries as best as possible not to cover these things and be as transparent as possible now," he said.

Meantime, the person at the centre of the allegations against Monsignor Thomas said she is "happy with the results and findings" and thanked all those who stood with her.

In his letter to the complainant, Bishop Malzaire wrote: "On behalf of the Church in the Diocese of Roseau, I deeply regret the pain that this situation caused you and your family. I am conscious of the fact that it took tremendous courage and strength on your part to pursue this matter, especially as it concerned a member of your family. I pray that this will bring closure to the situation and that you and your family will be able to find the necessary healing and solace."