Ruff & Reddy Re-unites for a Noble Cause 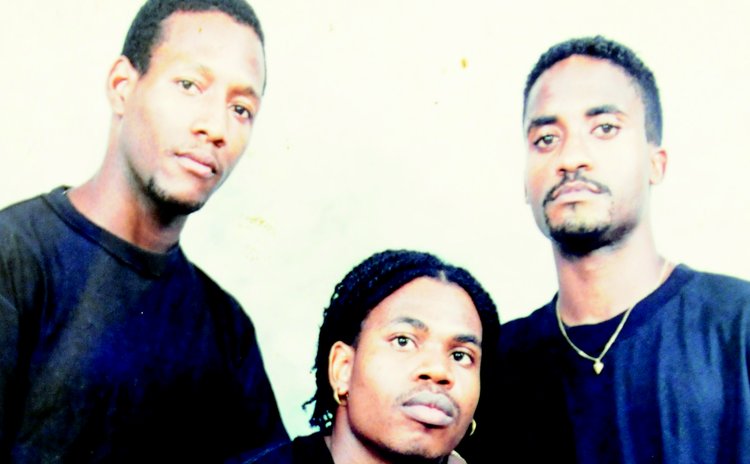 Bravo to the Ruff &Reddy spare-headed by Daryl Bobb, one of Dominica's premier lead vocalists who has produced several recordings inclusive of calypsos. This is the band which rose to prominence in the mid-90s when hits like their version of 'Amio', 'Rin-tin-tin' (nursery rhymes performed in their unique style) dubbed by the French, particularly in the Saints and other neighbouring French islands, as 'Jump up music'. However, the band became indelible for one of the best Christmas CDs in the region, still popular after about two decades. Mervin Delsol, the bassist and keyboardist, produced most of the instrumental arrangement, and the engineering of this recording. He is undoubtedly one of Dominica's most versatile musical talents to have emerged in the last two decades of the Bouyon era. Sadly, Mervin has been a frequent patient of the Psychiatric Unit and it's no secret that his condition has been amplified by drugs.

Other victims of crack cocaine and ganja have been lucky to return to a level of normalcy and non-dependence which others have fallen with their first few sniffs and have resorted to being 'Paros' or patients of the Psychiatric Unit. Recall Ras Kelly's masterpiece "Papa it's you". Certainly there are too many papas for comfort. Some musicians have indulged in it but in their time they were outstanding musicians, great keyboard players, drummers, composers etc. You know them, so we need not name them here.

Belles Combo's Harley was able, after some years, to break some of these shackles to win the Cadence competition on two occasions. This just proves that there is always hope and when God blesses us with a talent it takes a lot for even drug addiction to take it away. It is well known that many drug addicts, given their favourite instruments in their worst hour, one can still get the best from them. Whitney Houston and Michael Jackson also had their problems with substance abuse but their talents nonetheless were unmatched. The same has been shown on the "On Stage "programme of RE TV paying tribute to the life of Gregory Isaacs who remained the 'Cool Ruler' of reggae music up to his death.

So really there is hope, and this effort by the reunited Ruff& Reddy band, albeit just three original members, call the authorities' attention to have some facility set up for the so-called "paros" and those who have lost their way and found solace in drugs and alcohol. Ironically, the consumption of alcohol is socially accepted and is statistically the most prevalent and destructive drug for many families who have to deal with intoxicated and abusive fathers and mothers weekly or sometime every week end. The combination of dominoes and alcohol indulgence is well known and has adversely affected many families over decades.

The game of domino today is a competitive sport, but alcohol is far from being referred to as a sport and it is used by many as an escape from reality, from life's problems, whether it is financial problems and indebtedness, problems with spouse, children, infidelity or just being unable to cope in general. Drugs and alcohol sometimes begin as a placebo, just something to forget the moment; then you form a habit, an addiction.

Over the counter drugs is by no means less devastating as some get addictive to tranquilizers like Valium and Paxil. Trust me, I know all about it; and that is why I salute Daryl Bobb and the group. Therefore, I encourage all Dominicans, whether you are a fan or not of Ruff & Reddy to donate at least $25 to this noble cause to assist one of our top musicians who has fallen victim to drugs. Something tells me, in my discourse with him, that he is trying, but the devil in the powder is that much stronger and he, and others affected, really can't do it on their own. You danced to his music from Ruff and REDDY, on some of Hunter's most notably love songs such as "Only You" (done in collaboration with Michele) and of course, the double "Sunshine Christmas" CD that makes waves all over the region every Christmas. Now it is you time to help one musical brother...support the effort.