Sharing the Chinese Dream with the World 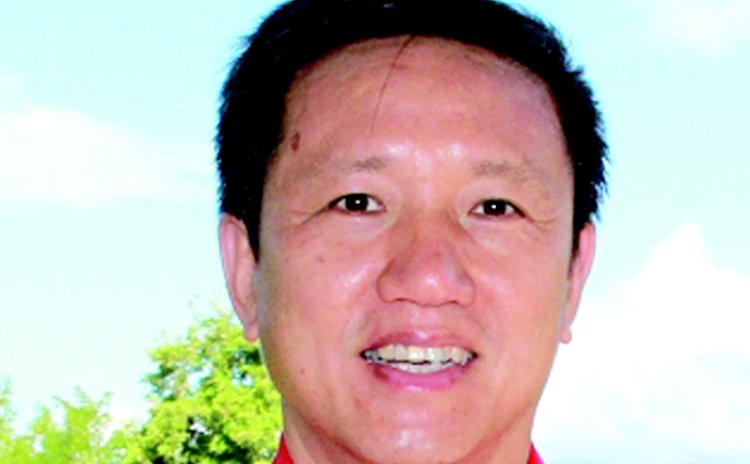 I know a Dominican friend named Eddie. He is a taxi driver and works very hard every day, usually from 5 am to 9 pm. He always shares his personal views and stories with my colleagues and me. Eddie once told me, he has a dream that one day Dominica will become more beautiful and prosperous, and he is willing to dedicate his own strength and wisdom to achieve it.

In one's life, dream is like a beacon, which shows the right path ahead and guides him or her to sail safely in the darkness. And each individual's dream constitutes a collective dream, that is, the dream of a country. In recent months, an inspiring vision of the "Chinese dream" put forward by newly elected President Xi Jinping, has been enthusiastically discussed throughout China and attracts much attention all over the world. I would like to share my understandings of this from four points.

Chinese dream was a long-cherished wish held by generations of Chinese and a common aspiration of all Chinese people. 2,000 years ago, the Chinese philosopher, Confucius, advocated a harmonious society without selfishness and conflicts. And this ideology takes root in Chinese tradition and the mind of its people. In 1840, the Opium War started China's century of humiliation and suffering. Since then, rejuvenation of the Chinese nation has been the greatest Chinese dream in modern times. After more than 170 years of struggle and exploration, especially since the reform and opening up policy began in the late 1970s, the Chinese nation is closer than ever to reaching its goal of great renewal, and is more confident and capable of reaching the goal than ever. Facing new challenges and opportunities, the Chinese dream , nowadays, is to build a moderately prosperous society and realize national rejuvenation by sustaining growth through deepening reforms and transforming growth pattern. In the final analysis, the Chinese dream is the dream of Chinese people with the fundamental purpose of delivering benefits to them. The new Chinese leadership has vowed to double per capita GDP and personal income by 2020, compared with 2010, while setting annual growth target at 7.5 percent over the next few years. The numbers become part of the yardsticks of the realization of Chinese dream.

There is also another aspect within the notion of Chinese dream, that is, the "World dream" of building a harmonious world featuring enduring peace and common prosperity. The two "dreams" are coherently interconnected and inseparable from each other. Pursuing the Chinese dream is conducive to realizing the world dream, and if the world dream comes true, it could offer a sound external environment for the country to achieve the "Chinese dream".

Some critics may raise doubt over the two dreams and regard it as an updated version of "China-threat" to the world. Some even speculate that China is planning to seek hegemony as other major powers in history. All of these accusations derive from the misunderstanding of China's history, philosophy, and development ideology.

Knowing too well the agonizing sufferings inflicted by war and turbulence, the Chinese people deeply cherish peace. With a historical tradition of valuing harmony, openness and inclusiveness, the Chinese fear turmoil while seeking development. And most importantly, China still faces major problems and challenges due to its big population, weak economic foundation and uneven development in different regions, which requires us to seize the strategic opportunity to concentrate on construction and development. President Xi has reiterated China's policy of peaceful development and underlined opportunities that the world might get from China's development. This is a dream keen on win-win results for China and the rest of the world.

As trends moving toward multi-polarity, economic globalization and an information society gain momentum, countries in the global village are becoming more interconnected and interdependent. The zero-sum mentality, namely believing one party's success means the other's failure, shall be replaced by the win-win strategy. Countries and cultures around the world should carry out exchanges on equal footing, learn from each other and achieve common progress.

As we often say in China, a single flower does not make spring, while all the flowers in full blossom bring spring to the garden. Over the past years, China has undertaken responsibilities with the big picture in mind and made significant contributions to curbing the global financial crisis, opening markets and improving global governance, etc. Among the five permanent members of the UN Security Council, China is now the largest contributor of personnel to UN peace-keeping missions. It has also sent naval task forces to conduct escort missions in the Gulf of Aden and off the coast of Somalia. China's foreign trade volume exceeded US $3.8 trillion in 2012, making it the world's largest trading nation. In the next five years, the Chinese will import about US $10 trillion in goods, invest $ 500 billion overseas and likely make more than 400 million trips abroad. All this is bound to help reinvigorate the global economy. The realization of the Chinese dream will enable the country to play a bigger role in maintaining world peace and promoting world prosperity.

From May 31 to June 2, President Xi paid a state visit to Trinidad and Tobago, and met with Prime Minister Skerrit and other heads of government in this region. This visit is of great significance as it is the first time that a Chinese president has paid a visit to English-speaking Caribbean countries. President Xi's choice to visit the Caribbean Region, shortly after he took his presidency in Mid-March, is a testimony to the great importance China places on its relations with the Caribbean Region. The visit is also a concrete action to realize the world dream. After years of development and cooperation, the destinies of China and Caribbean Region have never been as intertwined as they are today. China and Caribbean Region share common interests and similar stances when it comes to advocating multilateralism, strengthening global governance, and dealing with various global challenges.

In the process of realizing the Chinese dream, China has to continue to suffer the "growing pains", such as economic pressure, social transformation, troubles in peaceful development, as well as new conflicts and problems in the process of development.

Empty talks lead a country astray, while hard work sees nations prosper. To make the Chinese dream a reality, Chinese people must stick to the path with Chinese characteristics, advocate the Chinese spirit and pool Chinese strength. With all these efforts going on, sure and steady, there is good reason to believe that Chinese dream and the world dream will be realized.