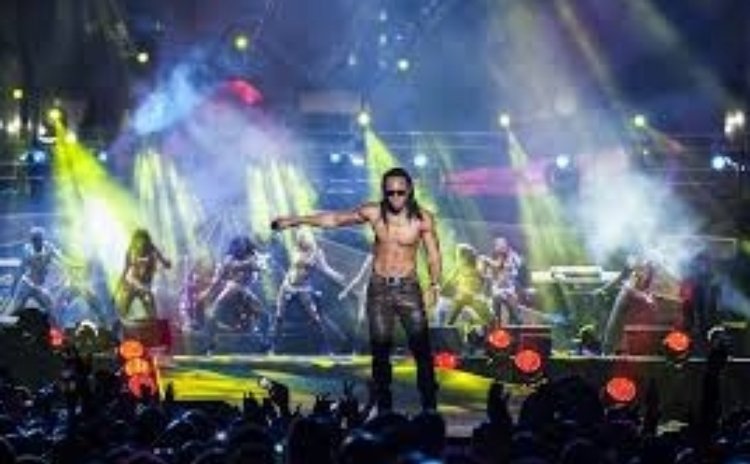 Prime Minister Skerrit cancels the contract of a Nigerian band scheduled to perform here; the Ministry of Health says it is as prepared for Ebola as it can be

Prime Minister Roosevelt Skerrit has directed that the Nigerian band Flavour scheduled to perform at the 18th annual World Creole Music Festival (WCMF) will be cancelled.

Speaking at a press conference on October 9, 2014 at the Ministry of Finance Conference Room Prime Minister Skerrit said that he have advised the organizers of the WCMF to renegotiate the contract with the band.

"I have today instructed the organizers of the 18th Annual World Creole Music Festival to meet with officials of the relevant legal departments of Government to determine among themselves how the matter of a renegotiation of the Flavour contract can be entered into," said the Prime Minister.

He added: "Flavour is obviously a talented band and we would like to welcome them to Dominica at some point. Indeed, I would love if, by this time next year, the Ebola virus could have been brought under control, if not eradicated; regions around the world cleared of the threat of the virus, and entertainers, such as Flavour, could visit and perform in Dominica. This indeed would be my wish for the outcome of the discussions that will be entered into".

"But, for the time being, I have advised the organizers of the World Creole Music Festival that the Government of Dominica would not be prepared at this time to sponsor or embrace the visit of persons from a universally recognized Zone One area of the dreaded Ebola virus," said Prime Minister Skerrit.

He added that he has reviewed the contractual arrangements of the Nigerian band of about EC$147, 000; however the figure is insignificant against the consequences of exposing people to the risk of Ebola, he said.

The Prime Minister said that the other bands of African origin performing at the WCMF are categorized as a low risk since they haven't been based in Africa.

"This year's lineup of contracted Performing Artistes at the World Creole Music Festival includes the band called "Flavour" from Nigeria, with a total party of four traveling from Nigeria to Dominica. There is also a second band, comprised of persons of African origin, but who are based outside of Africa. Indeed, its eight members are booked to travel from Paris, Montreal, and New York. I am informed that members of this band, "Soukous Stars", have not traveled within recent times to regions severely impacted by the Ebola virus. Given the heightened nature of screening in their countries of residence, they can be categorized as "low risk" in the context of the emerging global threat of Ebola. That group therefore is not of special concern to me or my government, in the context of the Ebola threat, at this time," he said.

Furthermore, he said that there is impressive talent around the world without the Nigerian band the lineup still remains impressive.

"We have an impressive array of talent from around the world. Without Flavour, the line-up remains impressive, and I insist, that there is the potential for this year's World Creole Music Festival to be the best ever! All it takes now is for citizens and residents to join in the promotion and in the hosting of this spectacular event," said Prime Minister Skerrit.

Meanwhile, the Ministry of Health has announced it plans for keeping the Ebola virus from Dominica's shores as the virus continues to spread outside Western Africa. Last week an American died of Ebola and the virus has reportedly affected a Spanish woman.

"We must ensure that this does not happen here and if, God forbids, that it does, we are prepared," said Health Minister Julius Timothy at a press conference organized to update Dominicans of the ministry's response to the threat.

"There are lots of steps that we have taken. We have been proactive to ensure that we have strategies in place so that if we have a first Ebola case we are prepared," said Permanent Secretary Helen Royer. "I am not aware of any one country that has all the necessary resources and the capacity to respond effectively to Ebola."

"Ebola virus disease (EVD), Ebola hemorrhagic fever (EHF), or simply Ebola is a disease of humans and other primates caused by an ebolavirus," says the online encyclopedia Wikipedia. "Symptoms start two days to three weeks after contracting the virus, with a fever, sore throat, muscle pain, and headaches. Typically, vomiting, diarrhea, and rash follow, along with decreased function of the liver and kidneys. Around this time, affected people may begin to bleed both within the body and externally.

"The virus may be acquired upon contact with blood or other bodily fluids of an infected human or other animal. Fruit bats are believed to be a carrier and may spread the virus without being affected. Once human infection occurs, the disease may spread between people as well. Male survivors may be able to transmit the disease via semen for nearly two months. To diagnose EVD, other diseases with similar symptoms such as malaria, cholera and other viral hemorrhagic fevers are first excluded. Blood samples are tested for viral antibodies, viral RNA, or the virus itself to confirm the diagnosis."

Dominican health officials say the Ministry of Health has conducted extensive training of health and other professionals. Surveillance has also been stepped up at Dominican ports.