Sound Engineering: What are we doing to improve? 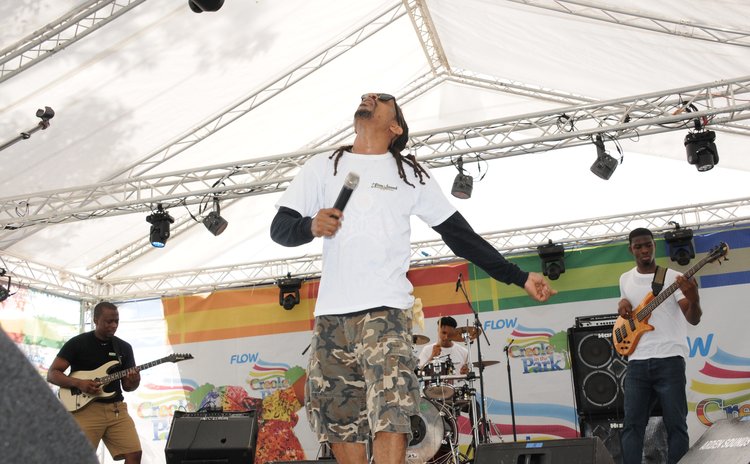 As far as I can recall not even one young person has been offered a scholarship far less encouraged to do sound engineering as a vocation. Sure we have about one dozen guys on island who have gained extensive experience gained through setting up of Hi Fi or band equipment or even serving as DJs and before you know it they are sound engineers on big shows. Mark you one out of ten times they get it right in terms of the sound coming from the speakers to the benefit of paying patron. However the situation that I describe is not good enough especially when the players themselves can hear clearly what's going on because the monitor setup did not have the right balance. Aren't we fed up, as a nation, with the sound quality coming from squeaky speakers or feedback from microphones only to be embarrassed further when foreign acts manipulate the same equipment in less than half the time to get exactly what they want?

We must respect the work of our locals such as the veteran Cruickshank, Cornel, Linden Lestrade and the handful of others who through practice have done well in this land of the blind where the one-eye man is king. Shaun of Gator Sound and Earlson Matthew of the Division of Culture are probably the most technically and formally trained in their field. But surely they can't be everywhere at once and most times are not the ones employed for certain national events particularly when their equipment is not involved.

Shaun, I dare say, is underutilized and has not been given the opportunity to excel at a level which would impact the quality coming from staged events. Arden Soundz is a godsend; he is one of three competent sound systems on island allowing us not to be too reliant on Bajan or Trinidad systems to power major events such as the WCMF of the Jazz festival just around the corner. However, a couple of these systems should invest in having their roadie trained. In fact I will go further and say that Dominica requires a national sound system so the government should invest by way of training and concessions in those competent systems as they impact on the quality of our shows. Additionally the money spent would be circulated locally and not exported to other regional countries.

Really there is too much focus on subjects such as medicine, law and other social sciences and there are absolutely very few options for the creative industries. We need to target young persons who show an aptitude for events management, music, studio and sound engineering and stage management and lighting. Yes readers, almost four decades have passed since Dominica offered degree level training to someone to study the performing or fine arts, yet we expect our people to continue creating magic such as Dada has done recently.

Maybe it is because we really don't think it is that important as a nation or we fail to recognize it's a science which requires years of study and practice, the same way medical doctors do.

The primary duty of most sound technicians is to record or reproduce sound using audio equipment. However, they may also be responsible for setting up audio and mixing-board equipment for sporting events or artistic productions. The duties of a sound technician vary according to the industry in which they are employed. The sound engineer's "individual purpose constitutes the important links for the production of a live show. In order to work in this field, professional training as well as specific technical competencies and aptitudes are crucial to get started,'' states K. Blondy of Music Tech Magazine. Therefore, every show should have a technically well-trained manager and not just a stage manager who is responsible for what happens on stage and not necessarily the sound output.

The Dominica Festivals Commission (DFC) is doing the right thing by having someone trained in stage management i.e. Steve Hyacinth but that was through an investment done 40 years ago; it cannot speak well of the seriousness of a nation about the arts when no one is trained or competent enough to replace him now that he is retired.