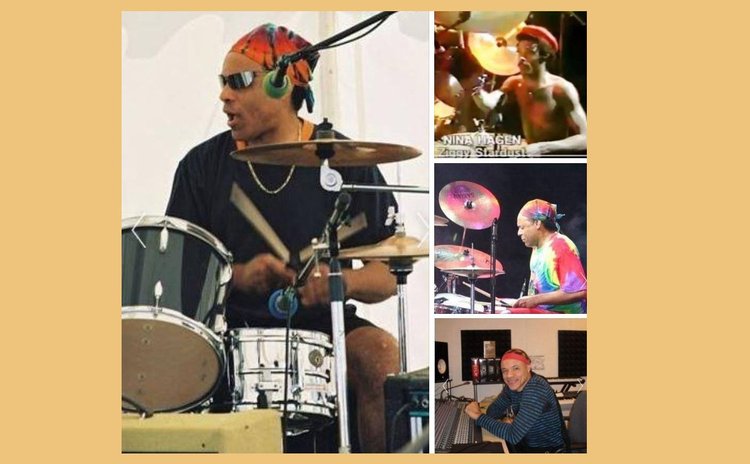 It all began for Alex Sty LaRocque at the tender age of 12 when he fell in love with the drums. His father, now deceased, a guitarist, was his mentor. At 16, Sty or Styrock, as he is affectionately called, turned pro. He toured extensively in the region, did television promos and landed a contract in the Wendy Robin Band.

One would fondly remember their big hits "Bend down" and "Pushy- pushy" which did well in Asia, the Caribbean and North America. This was after Sty had made an impact in the Nature Island with the Voltage Four group which practiced in Goodwill.

During his three year stint with Wendy's band they did Club Anthems of Asia in 2010 and a couple singles in Hong Kong. "Can't get enough of your love" and "Welcome to Hong Kong" were produced by Sty LaRocque himself and impacted Hong Kong, Asia, North America and many parts of the Caribbean, Africa, Canada, USA, where he played with the best master bassist Robert Sampaga, Samson Guzman on keys, Leo De Luna on guitar. He also shared the stage with The Stray Cats, Simple Minds, Ian Dury, and Kim Wylde. It was about this time that he recorded with the Roots of Exile in Paris

While touring Algeria, North Africa and Europe Sty, who spends an average of four hours a day on his drums, took time off to attend the Jazz Mobile of Harlem School of Music in New York City.

Next it was Vernon Reid and the group Living Colour, Stray Wise with their heavy rock fusion and the Dominican Reggae sensations Moja Naya in the 80's. In the heyday of Steel Pulse, Moja Naya, which served as an opening act, was put off the touring team as they outperformed the main acts Andrew Tosh, King Yellow Man, Frankie Paul, Burning Spear, the Wailers and he even played for the Soca giant, Mighty Arrow.

Musicians were always fascinated by his level of skill and many times asked him on "How did you do that?" But even before this Sty had already shared the stage with Peter Tosh, the greats Sly and Robbie Shakespeare and performed live with the legendary god father of Rock and Roll, Chuck Berry, John Hornack and Mike Butler. One of the songs recorded by the rock fusion group "All I see is red"' with Sty on drums is a song by the same name which remained number one in Canada for several weeks.

Alex Sty LaRocque is an international act and one of the best this region has produced. Though he has rubbed shoulders with the best in this world in Dominica he is known best for his exploits with Exile One fist on timberlets and back up drummer to original member, the late Cruickshank. When he took to the drums in songs like "Lucifer" performed by Fitzroy Williams and also on the Roots of Exile album, the drums spoke a different language in Latin, Salsa, Cadence and Rock fusion which he spent so much of his life playing. He has also produced, composed and sang a few songs in his time since his 'Exile' from Dominica.

Yes, Sty LaRocque has been on stage with Carlos Santana and was even complimented by Buddy Miles as one of the greatest drummers ever but one of the highlights of his career is his seven-year stint with German rock sensation Nina Haden where he out-performed by way of audition some 28 other international drummers of several nationalities to get the nod.

Now, Hong Kong is where he is based but he tours all over the globe. Sty's life threatening accidents years ago has not seemed to slow him down- his speed, flexibility, dexterity and versatility which he says is key.