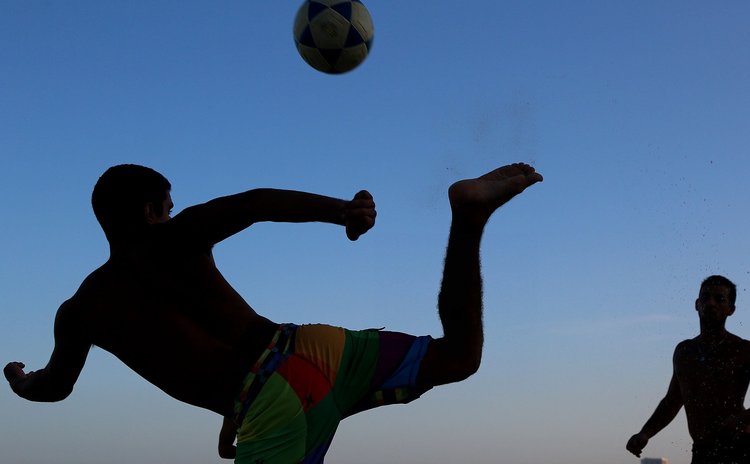 A case, hopefully, of fourth time lucky has now surfaced for Dominica's football at national level as the DFA imports from Trinidad a coach to chart the way forward. Older folks will remember that two Trinidadians were forerunners in this respect, namely Ibrahim Issa and Jap Brown who came here in the eighties. Later there was another gentleman, from Austria I think, who went by the name Bernd Fischer. Specifically it dawns upon me that those coaches were sought after in the hope of eradicating the malaise of a failing to score goals. It is not for me to prejudge the issue in that the Trinidadians themselves have long had similar difficulties with production of the desired end product for their international engagements. There is no harm in keeping the mind open.

Incidentally, last week I ran into former national striker Herminus Emanuel whose hammer was enough to make many defences panic, and he was adamant that there is much wrong with current players. He says they are altogether too lazy! He reminded me that he and his Harlem Bombers colleagues made it a point to undertake regular training runs of up to six miles, some of that in preparation for the battle that was their matches. My response was to say that these are different days. To this he added "and different results"!

In these more enlightened times I would believe anyone accepting to coach a new team will benefit from scrutiny of that team's match video recordings. And more especially recordings of matches which were lost against whatever opposition. Possibly in Dominica's experience its woeful setbacks against Mexico of about 20 years ago. A clinical record of this kind would go a long way to throw light on technical deficiencies and not merely indulge an appetite for horror films!

If Dominica is documented as not having threatened Mexico's goal, there is much to be revealed as to the underlying causes. Then, if we were overpowered in midfield there would be symptoms to be seen. Also, if there were severe defects in our defence, all due assistance would emerge towards required diagnosis. Many will advance the argument that an old video might be out of place in a study for modern performance. However, it is good to remind all concerned that the ball is still round in current football, that the field is still about the same size it has been for a hundred years and there are still eleven players on each side.

Given that all things are equal, you may not need more than a single goal to win a match. This, though, even at the best of times is the height of optimism. More distinctly still, Dominica did not start off – as the 10-nil scoreline indicated – as the equals of Mexico. To put it mildly, the water was deep and we couldn't swim – worse still before 46,000 spectators at San Antonio, long before any wall was seriously envisaged on the southern US border.

"Hope springs eternal" is a saying which will never die – as long as there is the element of sport, and more particularly football. Let us fill in the equation in the context of what Herminus Emanuel sees as a useful scenario. You can't execute a role of reducing superior opposition to manageable size unless you have a team capable of running without tiring. The legs must have what it takes to put in the countless tackles necessary to neutralize raids coming from all directions. And, having done so, have still sufficient gas in the tank to meaningfully develop that important counter attack that could make the real difference between winning and losing, or drawing, or putting in a credible, though losing effort.

Not losing sight of the absolute need for all members of the team to be solidly fit, accepting the responsibility to harass opponents relentlessly, there is no escaping the necessity for all to be patently aware of certain specific individual roles. Let me – for benefit of my ancient readers – put it this way. In the old Notre Dame team the late Bernard Eugene understood it was more for him to deliver the pass enabling Phillip Reid to dance past the defense to slot the ball home just inside the upright. However, Eugene knew without doubt the cross arriving near the goal at a considerable height was his own clear opportunity to head home. This he managed with unerring skill, knowing Sharpe Elwin on the right flank provided endless supply of balls aimed at the far post.

My old timers surely get the picture. No worry about the situation in midfield. Not when there was Allan Guye and Joe Reid and some others who could run all day! The former fulfilled the role of roving Centre half and the other the supreme ball carrier whose thighs made most others resemble minor spindles. It was difficult to dispossess these men despite the extreme latitude allowed by referees of the bygone era as to what constituted a fair shoulder charge. They held their ground and did not squirm under bone jarring tackles!

In case any of my readers are unaware, the Notre Dame era ended in the early fifties. Yet, it is just as easy to realize that any attempt at developing and modernizing our football remains as much a matter of renewal as much as technical advancement – a factor much in parallel with Herminus Emanuel's lament about current day depravity in training standards. I have lived long enough to realize that a progressive movement forward cannot be that of a magic wand. It takes time to simmer and assimilate. Very best wishes to the newest coach on mission to Dominica.