The acid truth about Alkaline 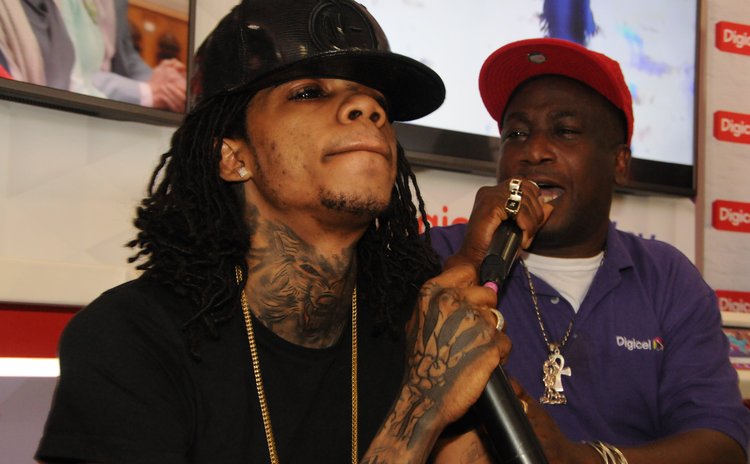 Hi fans of this Spotlight column! Before I take you on another artistic journey or comment on the Arts, I pause to make the following correction .In the article which reviewed the play "Second Chance" three weeks ago, I erroneously stated that the playwright/ director's name was Ruth Augustine. In fact it is Cathy Augustine.

Now that is out of the way, Alkaline, the artiste, seems to be what making news is and some people have asked me for my view on that matter. Well, I was in support, as readers would know of those who took issue with Tommy Lee Sparta some time ago. Just as a Christian I abhor homosexuality and anything which suggests a "merridom" twist, I also do not promote those who openly, through their utterances or performances, pay allegiance to Lucifer.

My position was based on research on the artiste Tommy Lee and as an artiste some gave me blows but praise God more supported my position and that of the church. Nonetheless, there are consequences in life and money cannot be the greatest consequence; so yes, on the Tommy Lee issue we may have had to pay a price as a country but we may have gained much more in the long run.

I am reminded of the masterpiece of a speech I was fortunate to come across by Rev. Louis Farrakhan titled the "Richest Slave." At first it sounded like an oxymoron and maybe it is, but what a fine one. The Black Muslim leader in the USA went on to cry foul on entertainers who have become rich as comedians, musicians and sportsmen by actually giving the " whites" pleasure and being paid handsomely so to do while the majority of us blacks cry everyday due to our poverty of spirit. Moral decay- incest, rape- our society is plagued with these ills as recent news will bear out.

Now tell me, is it worth it for one to give licenses to a prostitution house setting up in the island based on freedoms espoused by CARICOM and other signed treaties. Is our allegiance to man and his laws greater that of God? This is one of the marked differences between planned economies as exist in the Middle East, Cuba, and Russia that hold socialist principles. In the Muslim world for instance no matter who is the president, king or prime minister, it's the Imam, the religious leader is the one who provides leadership on such moral issues.

Notwithstanding the above, I believe in choice. Just as God Himself, the Supreme, has given man a choice over good or evil, so too we can only warn and admonish, give direction, preach as in the days of Noah even if the system will not conform. This is what democracy is all about, as long as one does not impinge on another's rights. Hence, the religious leaders have all the right to rally, but what a mockery it would be to see the children of these very same pastors and leaders of religion present when the 'Alkaline' show is staged. Indeed all their acidity would certainly be neutralized. Why? Because their role is to go into the world and preach the gospel making disciples out of men, particularly, I might add, those that we are given charge over.

far as I am concerned, if no one from the Evangelical churches attend the Alkaline show and the church can influence some young people not to attend, then they would have done their job and responded to spiritual calling, then there would be joy in heaven. For the "church" and religious leaders know that this institution no longer has the clout that it had a few decades ago when spiritual leaders were impeccable, men of good character and God- fearing. Sadly, the church, for many young persons is a money-making institution.

One young person asked me if a donation was given to the church from the proceeds of the show would the church take it. Frankly, I could not respond. Mixed signals!

Then one cannot blame young people for crying foul and hypocrites to those who call for the banning of Alkaline. Frankly, I have done some reading on this artiste and have heard an interview that he conducted and he just seems to be misguided, egoistic and seems to struggle to give reasonable answers to questions asked by host Winfrey, but, he, as the PM rightly states, is not a national risk; physically, that is, but his influence on our gullible youth is something we can't quantify.

So, if you were to ask me should Alkaline come…yes, let him come and everybody stay home, but we know that will not happen particularly in an age where the majority of us have no control over our children. So in the words of the NC, let's clean up the acidic nature of "we backyard first", then we can speak of Alkaline. All I know I will not be there supporting musical garbage.