The Dominica Flag: is it a symbol of identity and pride? 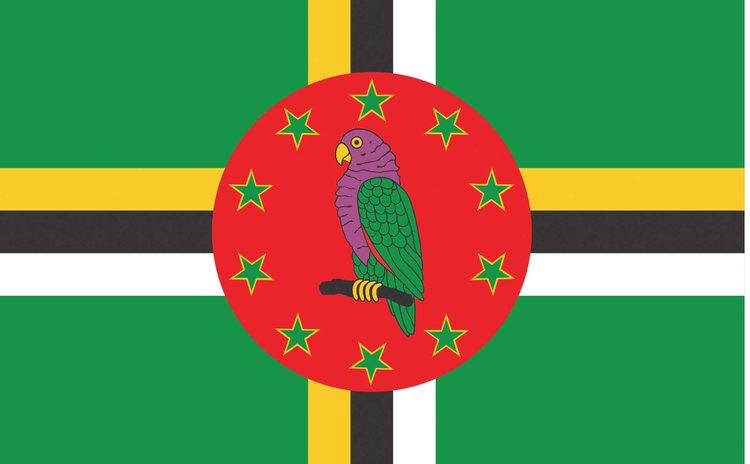 Our sovereignty has been commercialized because a counterfeit flag has been branded about as an imposter to what really represents the flag of the Commonwealth of Dominica as designed by Alwin Bully.

It was rather disrespectful and disgusting to see how vulnerable my people are because during the cricket match- West Indies vs Pakistan- hundreds unsuspectingly and uncaringly waved one-dollar Dominican flags in support of West Indies cricket.

I looked to the left while seated on the Irvin and Grayson Shillingford Stand and I saw the Chinese flag waving majestically in the breeze alongside the flag of the Commonwealth of Dominica, both authentic I might add.

Could this ever happen in China or any other sovereign country? Social studies teachers, parents, government, the Ministry of Culture - all should be ashamed and embarrassed that we don't really know the attributes of our flag and what the design symbolizes, hence the reminder above in this article.

However, I am not surprised as only a few years ago Dominica's football team represented the country in all sorts of colours and even at times eliminated the green , the dominant national colour which best represents our Nature Island image.

So, here is the evidence of this politicized country, where people know what red or blue symbolizes and when to dress for the occasion but at the same time do not know the colours or symbols represented on the nation's flag. Indeed anything which seemingly resembles the flag will do!

The fake-flags should be recalled as I see them on display earlier this year at all around Chinese stores in particular but ironically not the sacred Chinese flag, whose identity they would not dare cheapen.

First of all the representation of green reflects a pale colour not befitting of the richness of our vegetation. They have added yellow to our stars without any permission, a clear copyright infringement and gross disrespect. The poor Sisserou parrot, who has a worried look on his face, original purple garment has been changed to blue. The unique purple colour is one which only Nicaragua shares as a sovereign state.

Something is wrong about this lip service and love for country when as a school teacher 90% of the students whom I gave a composition to do a few years ago, at the 4th form level, about a 'Hero's Welcome' wrote "When the hero appeared at Melvin Hall Airport"; the students were unaware that the airport at the time was named Melville Hall and not Melvin Hall.

Did I hear you say I am making much ado about nothing? Well, try that in China?

In addition, a large percentage of the population can't get past the first stanza of the National Anthem. Some can't even start so it's "I love beauty" or "Isles of beauty" instead of the WOM Pond-written "Isle of beauty".

Therefore, I call on the Ministry of Foreign Affairs to intervene in this matter as an entire generation is taken for a ride and are quickly losing their identity and what it means being Dominican. The Chinese embassy is to take note also.

In more civilized countries they institute recalls when products are damaged, faulty or do not meet the required specifications for public consumption and so I call on the authorities concerned to have a recall and destroy amass this fabrication of our main and most frequently used and associated National Symbol.

But again, who am I? I am just a teacher, song-writer and culturally patriotic enthusiast, who also recognize that it may not be politically expedient. Meanwhile, those who sing while paying allegiance to this mysterious Dominican flag "I love beauty and love splendor" will continue to make me "gaze in wonder".