The Dr. Sam I know 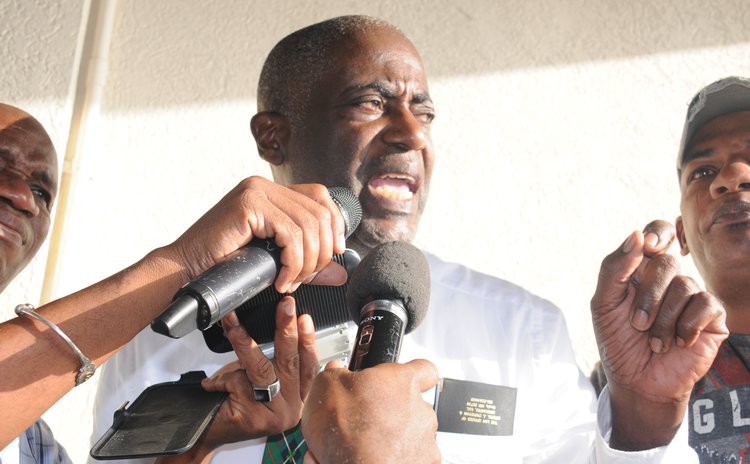 In spite of being far away in the quiet American Midwest, before returning home, Surgeon, Dr. Samuel Christian always kept working for our homeland. He would later use his connections to arrange and participate on the first sister-brother kidney transplant on Dominicans.

But Dr. Sam finds certain trends in the country quite disturbing: the inability of government to curb the rampant replacement of local business by the foreigners; the fear of victimization that exists and extends to the average non-government worker who does not want to risk a possible scholarship for their children; high officials flaunting unaccounted for cash-paid properties, the undermining of traditional civil service processes through Red Clinic handouts. And the very strong allegations of the wanton selling of Dominican passports to international crooks and scoundrels.

Dr. Sam applauds the brave journalists and citizens who keep up the good fight in the media and online. He contends that only grassroots organizing can overcome the government's war-chest of seemingly limitless big money.

Religious folks have traditionally avoided matters of nation-building in Dominica. However, Christian perceives that as knowledge increases, that is changing and the church will make an unprecedented difference this time around. He himself had struggled with warnings by certain friends and family not to expose himself to the wrath of Skerrit's regime, His response: 'this is the land of my birth and I am 100% Dominican and Dominica belongs to Dominicans.' Certainly Sam is the definition of a true patriotic Dominican not an enemy of the state and myopic thinking individual may have suggested and voiced. The real enemies of the state of Dominica are folks like the fugitive Iranian businessman who was waving a Dominican diplomatic passport when he was nabbed by Interpol in Santo Domingo.

The march around government buildings on Mother's Day, in 1999 began with a prayer vigil 6:00 am. He and the courageous souls kneeled on the concrete in front of the Government Headquarters Ministry building, recited and sang hymns and choruses chosen from several denominations. They picked up bags of trash as they marched around Bath Road and Hillsborough Street to Independence and Kennedy Avenues.

They held Dominica's flag high, recited and sang Mother Dominica's National Anthem. In response, the beleaguered and increasingly isolated Dominican PM, Roosevelt Skerrit said, 'I heard that come tomorrow or whenever it is, they going to blow the conch shell seven times, and they're going to walk around the ministry seven times; but I will tell them that seven is the mark of the beast.' Of course, anybody who reads their bible knows that is incorrect. This unexpected publicity ironically provided greater resolve for the marchers.

Dr. Sam's orderly band of prominent and ordinary prayer warriors bravely stared down heavily armed camouflaged Special Security Forces emerging from black SUVs. They extended courtesies and respect to undercover police photographers who mingled with the crowd. Strangely enough, known government provocateurs were pointed out walking seven times in the opposite direction in an apparent superstitious effort to undo this Jericho march. During extensive media coverage, Christian claimed the victory that "this corrupt house of cards now in power, will soon come crashing down."