To apologize or not to apologize: that is the question 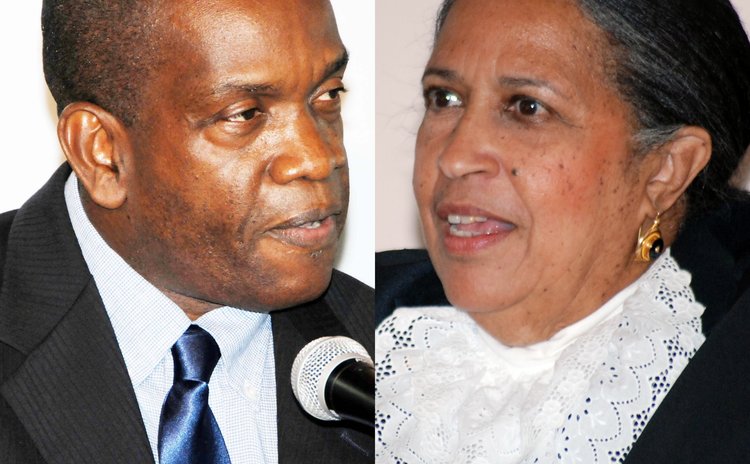 There was high drama this week in the Parliament where Dominica's business is supposed to be conducted between the Speaker of the House and the Opposition leader Lennox Linton. It culminated in the very ugly and shameful spectacle of the Speaker ordering the police to escort the Opposition Leader out of the chamber after he refused to apologize for some "minor thing". Could that have been resolved by the Speaker admonishing the gentleman for five minutes? This is very bad optics for Linton, the Speaker and Dominica.

Would it have been nobler for the Opposition leader to apologize to the alleged very partisan and attention seeking Speaker of the House of Assembly and move on with the people's business? Or did he did the right thing by refusing to apologize and in so doing stood up to his party's nemesis and gave the Speaker a dose of her own medicine? And if he did apologize would he 'apologize for apologizing' to the UWP rank and file supporters and loose respect and face? Well, that is a $64 question.

But the issue of acrimony between the Speaker and the UWP Opposition is nothing new. Many contend that the problem may be more with the Speaker and her style but also maybe Mr. Linton bears some responsibility as well. But more than that, the manner with which the Speaker conducts the Parliamentary proceeding is left to be desired. This is emblematic of the larger problem in Dominica today with the political leadership.

The Speaker is no exception to this rule in Dominica today. It seems like the order of the day is the new Golden Rule: 'He or she who has the gold makes the rules. 'The new title for PM Skerrit should be 'Insulter in Chief.' Anyone who criticizes him or his government's practices and policies is sure to get a savage 'tongue lashing 'and ridicule. Last week the adjective which Skerrit used to describe Linton was 'lazy'. Skerrit went on to say "Linton is the most incompetent Leader of the Opposition in Dominica." Skerrit was responding to a question at a press conference about a motion of no confidence against him to be tabled by Linton in Parliament on October 19, on allegations that he has mismanaged the economy. As expected that motion was quirky defeated along partisan lines- Golden rule enacted.

Some say that the quarrel between Skerrit and Linton was the precursor to the melee and Linton's ejection from Parliament. Well, all is fair in love and war and in Dominica's messy, brutal and ugly politics. Some content that Mr. Linton should know by now that allegedly the Speaker acts like the House of Parliament has been bequeathed to her by some Order, Skerrit, a demi–God or something. Meanwhile, the country has not only collapsed economically, but is rapidly decaying like a rotten tooth at its very core. But who cares as long as the Madam Speaker has the gravel and is in charge, she is good- and the country should be good.

But one school of thought in more moderate UWP circles is that Mr. Linton should treat the Madam Speaker as if she is the most beautiful, most powerful, most loving, most caring and most magnificent Speaker that ever walk or presided over Parliament in Dominica. He should even try to address her by 'Your Eminence, Madam Speaker'. In other words, he should try to shower her with love, consideration and kindness. In so doing, he will get most of his points across. That is what leadership is all about- rolling with the punches. But that is easier said than done.

This comedy show in Roseau called the House of Assembly starring Roosevelt Skerrit and his Speaker of the House of Assembly will come to an end at some time. But let us be fundamentally clear, it will only come to an end when Skerrit and his crew are kicked out of office- of course peacefully and democratically. 'Ah', and there goes the reward Mr. Linton for apologizing- for deferring gratification and taking a hard and humiliating punch. It is all about the means to an end – and consequently, it will be all about a sweet and worthwhile end. There is something about hard work, humiliation, sacrifice and hard fought ultimate victory.

Nothing good comes easy unless you are Skerrit who inherited the post of prime minister by accident and cannot appreciate or does not know when to drop people like this Speaker from his crew. But then again, the business of politics where friendships are most times fleeting makes strange bed fellows.

So next time Linton might want to consider apologizing, if he must or needs to, in order to get on with the business of Dominica. Mr. Linton is human, and humans are imperfect beings and it is okay to recognize that. That apology will be pale and inconsequential against the more pressing matters and problems which need to be highlighted about our country. And this is what it is all is about at the end of the day. It is certainly not about the current Speaker who never saw a live streaming and/or TV camera or microphone she did not like.