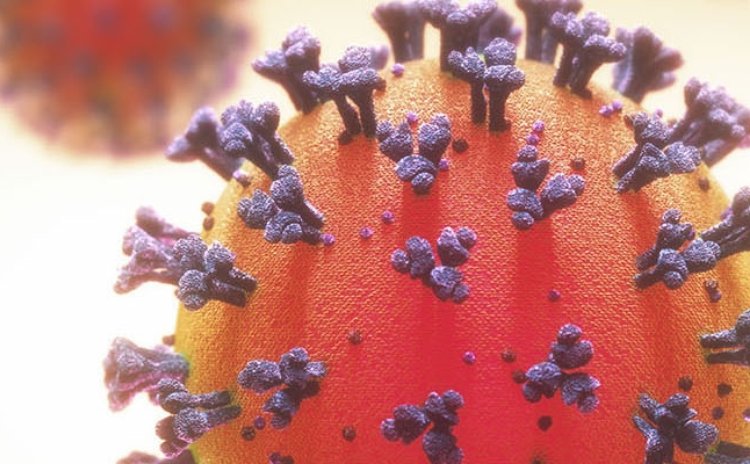 To man, Covid-19 is no laughing matter but, I am sure it induces laughter in the gods, for their vision is finally being appreciated and hopefully coming into fruition. The equality of man.

Corona has no favourites in terms of the fake demarcations created by man to satisfy their hate and greed. According to the songster "the rich and poor they start to cry, oh what a tribulation".

We are all one. Cut from the same weave. When we think, we should with the expansion of the universe in mind not with the width of our backyards. This tendency leads to the negative culture of earth. The bad vibrations. The divisiveness that led us to where we are, hiding and afraid.

Earth is a mere organism in the scheme of the universe. We humans are like bugs crawling over its surface. Earth is one thing and everything on it is connected not merely by being on it but in every conceivable way like your toes being connected to your body though far away and different it is in its functions from the eye.

Earth is an entity. A singular thing. Humans are a part of earth connected to all the rest. When one part hurts we all hurt that is earth. We breathe in the trees and they in return breathe us in. We eat the soil and then replenish it. The animals provide us with various necessities and functions.

When we violate the trees, the soil or the animals we hurt ourselves. We deplete the ozone layer our protective shield. We cut down the forests our breath of life. We poison the soil our source of feed and continuity.

The problem with earth is that the multitude suffer huge lack for the greedy and wicked benefit of a few. When one part of earth suffers the whole of earth is in pain and is discombobulated.

Earth needs a revolution. Revolution does not necessarily encompass blood and death even though it is necessary to alleviate blood and death. It means change, a turning around. The other side. Away from blatant greed and meanness. Away from death. The single most important ingredient man needs is love.

Mr. Secretary, we start with the demarcation that is enhanced by your bogus organisation. Instead we say THE UNITED LOVE OF EARTH. There are no nations. Just EARTH.

So what if corona is Chinese espionage to alleviate the Hong Kong protests and subsequently have the dominant voice in the world. Look at what the Europeans did to Africa, Australia, the Asian sub-continent, and the Americas. Look at what the American albinos did to the Cherookees and their brothers.

The so-called American Indians claim that the First World War started when Columbus arrived. Their story claim that when the Europeans came there were sixty million of them and two hundred years later they were left with eight hundred thousand. Talk about genocide. We are made never to forget six million Jews though every day millions go without and succumb.

Corona has shown us we are one body. It is time we recognize this and withdraw from the selfish things that is going to destroy us all.

I just read "will Jeff Bezos become the first trillionnaire". What BULL. What is he doing with a trillion dollars? Whose share of Earth is he taking? Earth belongs to us all in equal parts. Nothing new is created. Everything done or seems to be done has always been. There is nothing new. So what if someone plucks something out of the akash. It does not mean it all belongs to him. He was just a plucker. His designation for United LOVE OF EARTH.

EARTH is the backyard of us all. Mr. Secretary, it is time that Earth operates United. Laws are to be set that represents and benefits all of Earth:

1) No one human or entity should amass more than two billion dollars which is a considerable sum.

3) The Arctic and the Antarctic belongs to all of Earth and any exploitation by any one human or entity should be done on the behalf and benefit of all Earthlings.

4) Areas of huge forests around Earth should be protected and people residing in those areas who depend on cutting forests for survival should be compensated from the Earth fund. So likewise the laws of carbon emission must be strictly adhered to by one and all.

5) Once a nation or rather geographic area reaches the capacity to support the inhabitants there upon, all surpluses must go to areas lacking.

6) There must be one currency, one exchange rate.

7) There will be no bigger and smaller or developed and undeveloped. There will be equal sharing of Earth's resources among the peoples of Earth.

8) There is talk about mining the moon. Such must be done by all of Earth for who knows what disturbance of the moon might mean to the health and weather of earth.

9) We must never forget that all the so-called developed countries make their claim because of the exploitation of those they left and now deem undeveloped. If the Europeans had stayed in Europe and the Cherookees and Apaches and Navajo and their kin had North America, the Africans had Africa, The Aborigines Australia and so on, one wonders which countries would be called shithole today. Remember civilization did not begin in Europe.

Europe advanced mainly because of the destruction of the civilization of others. Where does this advancement take us today, hiding and afraid?

Mr. Secretary we sincerely believe that corona has come as the Earth cleansing itself of our ways, as an enlightenment, as a hope, as an inspiration, as a fillip, as a prickle in our arses, to encourage us to create a new world.

Mr. Secretary, you cannot but agree we need a revolution, a changing the status quo. A new path. The only path. Love, the essence for sustained life.

So many billions are wasted every day protecting greed. Monies syphoned off those with lesser arms. How can there be great men in a world where arms are used as a commodity, men who encourage war and killing so that they make a profit? Is this intelligent life? With certainty Mr. Secretary, there is intelligent life in the Universe but, why would they engage us when that engagement is tantamount to they turning around and playing with the stools in their sewer bowls.

Mr. Secretary, we are not intelligent but have the capacity to be. Like Adam we all choose to be gods rather than letting the God in us be. LOVE for everything which is us. EARTH.

P.S. If you agree to any part of the above or have things to add and want to be part of the revolution that brings the true new day join us at zigzugzabbatt.com or write to zigzugzabbatt@gmail.com