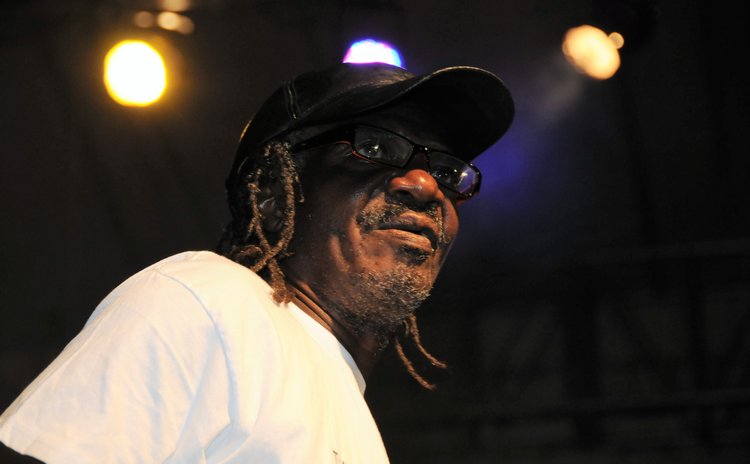 He hears the announcement on radio stations and it just jolts him as the decision he made last year- "I want to sing Calypso'. There are many things on his mind: issues, politically and otherwise. Some from personal experiences or convictions or perhaps he may echo the sentiments or situation of a family member, friend or the country.

This prospective calypsonian has no experience in writing, song composition or singing, for that matter. He just feels he has to speak. Indeed he wants his 10 minutes of fame on stage. After all, government and other officials have access to various media whenever they so choose. Now is his time, probably his only time, once a year to say his bit.

He has a decision to make; should he pay a visit to Pat Aaron our most renowned Calypso writer/ composer or the next best bet, Ian Jackson who may be more a social than a political commentator and perhaps more subtle with his political compositions? Tim Durand could be a great alternative as he usually stays clear of all things political. Again, maybe he should just do his own thing and keep all the money, even at the risk of not passing Eliminations. At least he would have said what he wanted. Another choice he has is instruct the writer as to what he wants to say and have him craft. After all he is a Laborite and don't want to offend the ruling party. Who knows, he is a bus driver or a small business man with a family, a child to send to university or he may require duty-free concession. Certainly he can't risk this. "I will do my ting", he surmises and stay away from the politics even if I am so affected.

Registration completed, now the long nights in the band-house with the JPR Band- Jerry, Peter and Refuse. He comes from a rural district and finds himself down as number 37 out of the over 60 registrants for practice. Practice coordinator, Haxey, tells him wait and chill "First come, first serve" regardless of the fact that he has far to go.

He grinds his teeth amidst the cold Elmshall breeze and the unprepared calypsonians who can't keep timing, stay in key, have not learnt their song and elongate their practice time while 'Refuse' reminds "fellas it getting dark, you know". It's now after 11pm; number 20 is called; he is way down at 37. He only now regrets that he should have heeded the earlier calls to practice and avoid the final three-day rush before Eliminations.

Meanwhile, another calypsonian is a budding artiste of sorts and bravely takes on the challenge to be an echo the sentiments of the people. Whether it is crooked politicians, incest, social commentary, he's all for it without fear or favor. He recognizes his job is to come out from his comfort zone, recognizing his role is not to patronize but to champion causes and use the privileged position of the stage to reflect views of the populace, controversial or not.

Calypsonian number two faces the same or similar predicaments highlighted for calypsonian 1, but he is an artiste not merely an entertainer. He is about evoking introspection, change and not about positioning himself to get favour or to be looked upon sympathetically by those in authority. He is cognizant that Calypso was born out of suffering inflicted on the slave plantation and now he relishes in the release, an exhaling of sorts.

They are both happy being of poor and meager means as calypsonians often are. For the first time in their lives a 'nobody' like them will take the stage with thousand focusing on them under the floodlight. What a turnaround! Nobody looked back at them before, now all eyes are strained on them. An entire orchestra is at their backs and now they are called "Mighty" and "Lord" for ten minutes. Soon they will step off stage and just be another insignificant entity.

They now hide behind the mask- masquerade, and can be and almost say anything they wanted or desired for all the years. What power! They almost feel like a politician, without the pretense. Whether people clap or laugh they don't care. That's what keeps DBS, Walk Sup, Intruder or elder statesman Mico who travels by foot, 'pass on a bus' or any means possible; even overnighting to get to practice even if the chances of making it to the next round range from none to slim.

When they are through with their presentations it's like an ejaculation, a climax. The fans big them up in earnest or in jest, they are happy, contented, until next year again. Even if people 'boo' it really is their way of saying come again because you really make us have good time. What people fail to realize is that the calypsonians had an even better time. Their popularity or notoriety increases and like Lady V or Sour Sour, you can become a star, visit New York, perform to hundreds of screaming fans, and get a little cash too! This could never happen without Calypso, the jeers and laughter was well worth it.