The Making of the World Creole Music Festival 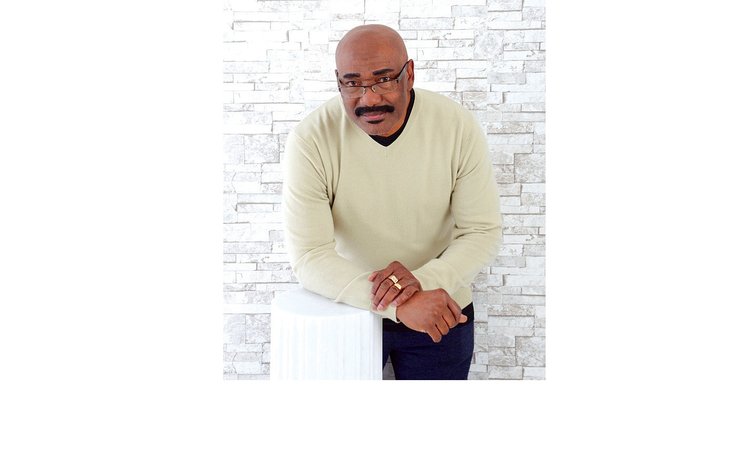 A high level team of innovators and initial movers and shakers of the World Creole Music Festival (WCMF) who 20 years ago came up and executed what many thought would have been just a dream in 1997, participated in a radio discussion recently.

Sheridan "Mr. G" Gregoire served as host of the programme and Gordon Henderson, Jeffery Brisbane, Julius Timothy, Ronald Lander and Olive St. John joined him in studio in a riveting discussion as they reminisced on the labour pains of putting the WCMF together.

Though they could not recall that the first group was the RSB Band of which I was a member, they certainly dealt with matters pertaining to conceptualization, promotion, execution, financing, and even preparation of the grounds.

Oliver St. John was charged with getting the facilities in tip-top shape; Ronald Lander was the man who accounted for all financial matters; Gordon was the international promoter and of course Jeffery Brisbane was the second Executive Director and Mr. G himself was the visionary leader of the National Development Corporation.

Of course, as the panelists insisted, there were many other players even after the then Minister of Industry, Julius Timothy, had to convince his United Workers Party (UWP) colleagues that this Festival could work just as Crop Over did in Barbados. Having taken total responsibility for failure, the ministry was given just $2 million to make it happen.

Showers of praise were heaped on the first Executive Director, Eddy Toulon, who ran the Front Line Book Store. Eddy had just returned from London and had been involved in small music promotion activities. He was a hard worker and was self-motivated and he got the nod over Val Cuffy. By then he had already displayed some level of organizational abilities having teamed up with Loftus Emmanuel on occasions to bring predominantly prominent Reggae groups, such as Steel Pulse, to Dominica. This he did for the first four editions and was successful at breaking even on a couple occasions despite decreased funding by the government after the initial year.

The panel revealed that every Dominican had embraced the Festival when they realized its potential even after year one. It really was not all about money as guys like Robin who ventured to do his own promotion around the Leeward Islands via flyers and the sale of CDs called in to talk about his involvement in coining the term "World" before the word "Festival". The late Ashton Phillip was also one who peddled the music and promoted it throughout the length and breadth of the region.

Cornel Phillip, Eddie Angol, Michele Henderson and Elijah Benoit were commissioned to produce commemorative, promotional material to bring attention to the music- Cadence music- to give the impetus for the WCMF on an annual basis.

Dominicans such as Joe Kam, a radio personality residing in the neighboring Francophone territories, all embraced and in their own way promoted the Festival. Painter and the Piper boys on Cork Street littered the town with promotional flyers. Truly it had become, as it still is, a Dominican event to which all felt they had a stake.

The role of DBS radio cannot be underestimated in the whole development and thrust of the music and creole language. Wadicole at that time was the leading Hi Fi which was dominant particularly in the rural areas in Dominica in popularizing Haitian Compa from which Cadence found a spring board.

The proliferation of no less than 30 bands in Guadeloupe, since Dominica had no recording studios prior to Nature Island and Mark Off studios, from an island of about 70,000 was by itself a phenomenal feat, replicated nowhere else in the world.

There were creole seminars, conferences and workshop in which Gregory Rabess, Marcel 'D Jamala' Fontaine and Felix Henderson were heavily involved, all aimed at establishing Dominica as the Creole capital of the world. There has been a movement away from this, it was noted, over the second decade.

Though ace creole promotor and DJ Leroy 'Wadix' Charles was not on island at the time of the discussions he was also heralded as one tipped and groomed to take over the post of Director having worked alongside Jeff Joe, Gordon and others to bring some prominence of the WCMF to the Francophone world.

The significance and the forming of partnerships with RFO and other French television agencies were all suggestions which need to be revisited, Mr. Henderson insisted. He said it was because of the Festival that Kassav grew to regional fame.

Meanwhile, Ronald Lander suggested a Grammy- type award annually could be introduced and given to deserving groups, individuals and pioneers.

In the end, the panelist all expressed pride about their pioneering work and to see the Festival has grown to be one of the best in the region, even while others have fallen by the wayside. Since then St. Lucia, Guadeloupe and even recently Antigua was posturing to fill the gap because of our one- year absence after Hurricane Maria.

It was also noted that the WCMF is not just another music festival as is being staged in St Kitts; it has defined and emphasized Creole in the broader sense of the word, hence it must be protected at all cost as one of the greatest institutions of our country.