The thorny issue of protecting copyright 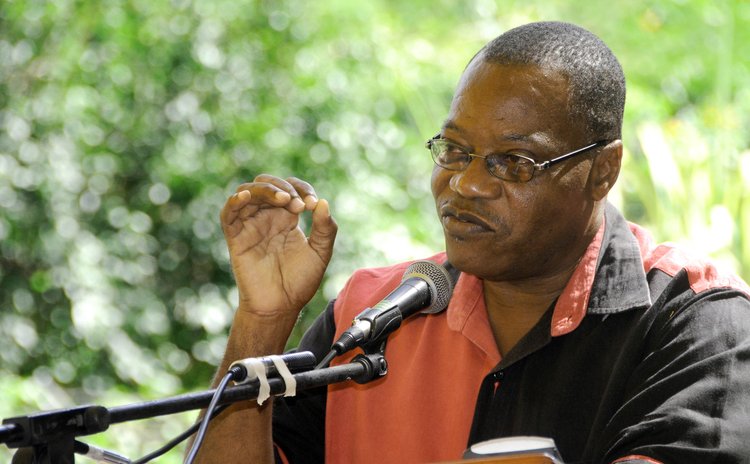 How can Dominican artists protect their creative work from theft and commercial exploitation that denies them due recognition and reward?

We asked ECCO Chairman McCarthy Marie, who explained how copyright protects the creators of copyright works and related issues.

Marie explained that the creator of a work – the person who originated it by their own mental or creative effort – acquires the copyright to that work immediately upon its creation.

No registration or formality is required for the creator to acquire copyright.

In terms of music, a creator's copyright ownership also includes protection of the original words associated with the music.

Marie said that initially 'reproduction of music' only referred to 'sheet music' as opposed to the recorded sounds of the musical work.

Persons who wrote down their compositions on 'sheet music' had the right to authorize and undertake their distribution and generally, make them available to the public. The creator of the musical work that was written was, and still, is the only persons who could perform or authorize others to perform his music in public.

Before recorded sound, musicians gave live performances for their music to be heard and it was difficult to perform musical compositions without access to the sheet music. However a person who had purchased copies of sheet music was not authorized to perform it in public; he only had permission to perform it in a legally private environment.

The advent of sound recordings brought about a major change in the way music could be consumed, and copyright law changed accordingly. The person wishing to record a songwriter/composer's work is now required to seek the permission of the creator or other owner before he can legally make the recording. Further permission is required for making copies of the musical work that has been recorded.

The right to make copies of a musical work that has been recorded is known as 'the right of mechanical reproduction' and with the invention of records the fee paid for this right has been a major source of revenue for songwriters and is usually calculated as a percentage of the retail price of a copy of the recording.

The person who makes a recording of a musical work has created another work that is different from the music that is recorded. The sound recording is protected in its own right against unauthorised copying and/or performance in public just as a musical work

The fees collected for the performance of the sound recording is split, usually 50/50 between the owner of the recording and those who performed on the recording.

Today both songwriters and owners of sound recordings use collective management organizations to administer their public performance right and to authorize the use of their creative works by others in their respective works. For example, ECCO is the Collective Management Organization that handles Eastern Caribbean islands for songwriters/composers with respect to their right of public performance, Marie said.

According to him ECCO is exploring the administration of related rights for owners of sound recordings and the performers on those recordings which the organisation hopes to do by early 2017.

Thus persons who want to perform virtually any copyright music in public can get a single licence from ECCO which allows them to perform any music from the more than 100 million songs that are created by the different societies' members.

Composers engage such agencies to act on their behalf to negotiate the right of public performance or the right of mechanical reproduction of their music, Marie said.

This standardized the protection and enforcement of intellectual property rights around the world and specified the type of protection each WTO member government must give, including becoming signatories of the Berne Convention.

Berne Convention signatories are obligated to protect intellectual property rights of literary, scientific or artistic works even if the works do not originate from their respective countries.

Marie said this pivotal move by the WTO made it necessary for member countries to amend their laws accordingly and take the new requirements into account.

This covers Moral Rights, which protects against amendments to works that would affect the creators' reputations, and also ensures the creators' right to attribution as originators of the works.

However, Marie noted that the Berne Convention provides for rare exceptions whereby creative works can be used without getting creators' permission or paying for use of their works.

Commenting on royalty payments, Marie explained that a person who creates a song has the right to get royalties from it whenever it is played in public, whether by musicians in person or by the playing of records. When played from a record, the performers and the owner of the sound recording have the right to be compensated as well.

He said agencies like ECCO protect creators' intellectual property rights across borders via agreements with their counterparts worldwide and collect payments on the behalf of the creators. This means that ECCO not only collects for its own members, but also for foreign creators.

The Caribbean has become a large exporter of royalties because the region consumes a significant amount of foreign music particularly from the US via cable TV, Marie commented.

In relation to sound recordings, Marie noted that producers are depending more and more the use of their recordings by content providers like the popular steaming services Spotify, Deezer YouTube and Facebook to generate revenue in the wake of declining sales of CDs, audio-cassettes.

Recordings belong to the producers and they are entitled to demand payment from persons seeking to exploit their work for financial gain.

However, Marie noted that because of the current widespread access to music on the internet, copyright violations are now harder to detect and enforcement has become more challenging.

"The internet is everywhere and nowhere… it's more complicated . . . it's not like a fellow selling CDs in Roseau and you get the police… it's a whole different thing," he lamented.