TNT say no to Carnival 2021; what does Dominica say? 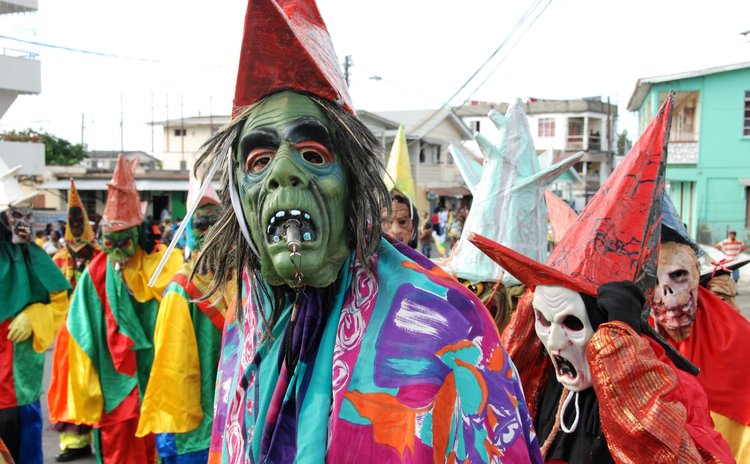 Around this time, carnival band launches would have already started in preparation for the hosting of the event on February 15 and 16 next year.

In April, then culture minister Dr. Nyan Gadsby-Dolly indicated that a final decision on the hosting of carnival is still to be made, based on several factors, the critical one being the trajectory of the Covid-19 pandemic locally, regionally and internationally.

Yes, it is final and Dominica may just be thinking along the same lines particularly as our country's carnival days collide. The number of total COVID-19 cases and deaths stood at 1,411 and 15 respectively in the twin island Republic at the end of September while Dominica had some 31 cases and no deaths.

On September 1, schools across Trinidad and Tobago reopened for virtual online teaching for the new academic year. In that country visitor spend is over 320 million annually in the last four years. Comparable figures are not readily available/ accessible, as is the norm in our country but it stands to reason that if the country could put the WCMF aside then carnival celebrations will be a no, no.

WCMF is a greater foreign exchange earner than carnival that focuses more on local participation. While carnival has tourist appeal, the biggest show for the DFC is really the Queen Show, which hardly breaks even or probably never. The Calypso show is by far the most patronized but this is a signature event of the Dominica Calypso Association (DCA).

Participation in the street jump up is more about locals and visitors from the Dominican diaspora than about foreign exchange. The French participate to a limited extent, as they too observe celebrations around this same time and would sometimes have a small contingent come over to participate with a Lapau or a drumming ensemble for about half a day before returning to their country of origin.

As the name and branding implies it is really about preservation of an 'original mas', with a greater focus on the traditional culture than a focus as an income earner. Compare this to the WCMF, which is vigorously marketed as a tourism product with the engagement of international entertainers and advertising budgets aimed at visitor arrival and hotel bookings.

Now, can the staging of a show; three nights of pulsating music, be of greater significance in the cultural preservation of a people more than its heritage? Tourism and money vs tradition and heritage. Doing away with or cancelling / postponing tradition is more difficult a decision to make than putting off a show. Culture and traditions are nurtured and engrained for decades and even centuries. Whereas events such as the WCMF, though financially impactful, do not really represent a way of life of a people.

Calypso and carnival on the other hand represent the latter and so it is not an easy sell to cancel carnival. Maybe seating only, limited ticket sales and the observance of social distance protocols for Calypso and Queen Shows should be considered. Who knows the final decisions for the observance in Trinidad may just include some of these recommendations.

It would therefore be interesting to see if there is an announcement after independence for calypsonians to register or queen-contestants to show an interest in participating in these two traditional events.

My personal recommendation would be limited patrons seated at shows with social distancing and protocols observed and some virtual use of technology to market the events or including parade of costume bands all things being equal. There should be no jump up or revelry on the streets of Roseau.

However, if we go the Trinidad route, where the event is more staged for tourism, more of a commercial venture than traditional, then carnival as we know it may never be the same again in the future. Its absence would not cost the country much financially, but would be injurious to an art which is already on the decline. We are reminded by calypsonian Karessa,"Calypso has never really left Roseau" and the same can be said of Dominica's carnival, after well over half a century.