Towards the Resilience of Our Arts and Culture 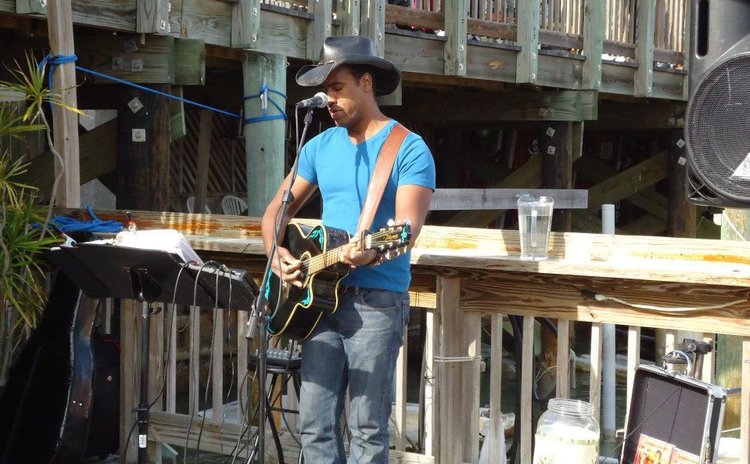 One may argue about the term resilience in various spheres of Dominican life as the thrust of "building back better" becomes the buzz words on the island. However, the Arts have proven to be resilient beyond a doubt and are more resilient than galvanize, plywood, lumber.

Rebounding and rebuilding through the Arts served as the theme for DOMFESTA, Dominica's Festival of Arts which officially began on 11 April ( the Miss Teen Dominica was held on 14 April) and ended on June 2nd with the DOMFESTA Song

According to Raymond Lawrence, the Chief Cultural Officer, this DOMFESTA was certainly one of the best even in the aftermath of the most devastating hurricane to hit the country. This speaks volumes and should continue to signal to us as a people about the therapeutic nature of the Arts in instilling hope, comfort and healing.

Not much attention was paid to the above when counselors, psychologists and all sorts of trained medical professionals flooded the island to help us cope with Maria's destruction. I can't recall anyone who emphasized music and the Arts as healing for the nation.

Even the normally low-keyed painting exhibition was well attended as Dominicans yearned once again to identify and find their artistic expression. The launch of the documentary on Jing Ping music and the Masterville Photography Exhibition all served as testimony to our resilience as a people.

The Jazz and Creole Festival was also the best in its nine year history and the "Words and Wine" literary activity at the UWI had standing-room-only-attendance. One may say that it's a lack of television or nightlife that have moved people to get out of the comfort of their homes but think if they had nothing to resort to how much more depressing life would have been.

One can't say that our top artistes took part in the song contest with the exception of Carlene XP, veteran calypsonian Haxey, the ever present Elf Henderson and the eventual winner Country cowboy Julian Riviere; however, the audience's participation, spurred by persistent advertising, was fantastic and so was the showcase. Next year it promises to be better because this year most people were apprehensive as to whether they should take part recognizing it had been ten years since the last such activity.

Having said all this, I really think we should adopt a policy to pay more attention to cultural development. For those who travel it is almost embarrassing to see how deficient we are in facilities for the administration and execution of the Arts. If we just go across to little Nevis or sister island St. Lucia we will get the picture. The infrastructure in these countries is a far cry from what we possess and what is sad about this is that they don't have half the talent or levels of preservation that we enjoy with respect to our dances, music and other expressions.

The Hurricane and all the aid that the country received, has presented an excellent opportunity for us to completely renovate or build a new state-of-the-art cultural house where we can express talents in an air-conditioned, relaxed, comfortable environment with proper sound, lighting and stage.

When we talk of resilience I have not heard the authorities speak of culture which desperately needs proper facilities to be showcased in all its varied forms. Therefore for the new Minister of Culture it cannot be business as usual; additionally government should not develop the mindset that everything else is more important. The reality is: a people's culture is intrinsically linked and

Our pride, our response to calls by authorities all are shaped by culture and so a play, a radio serial about hurricane preparedness would be even more effective in reaching the average citizen, more so than any meteorology officer or disaster preparedness official.

We must go back to the days of the Movement for Cultural Awareness (MCA) and radio drama serials like "Green Gold" when drama was very effective at conveying messages or addressing crises in communities through Calypso theatre. Of course in this digital age television, music videos would be the way to go but one can't deny the power of culture as a tool to foster the resilience that we speak about. A resilience song contest would have greater reach than any press conference, in my opinion.

Felix Henderson's radio drama serials has demonstrated this in recent times but I suggest a " Young and Restless" type of TV programme where various writers, videographers and actors could be commissioned to produce the television or radio programmes.

So, let us involve our Arts and artistes in the whole resilience thrust; it can't just be builders and contractors but must include the builders of culture and character.