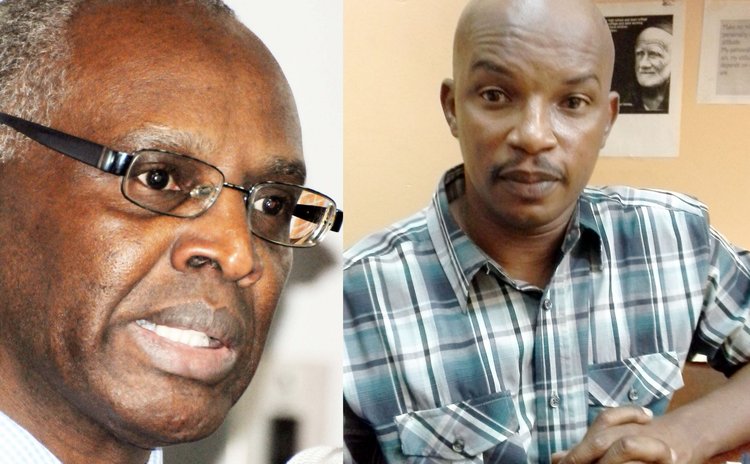 Police officers say they are "not happy at all" with the way the State is dealing with a matter involving four police officers charged with the murder of Joshua Etienne of Portsmouth. WPC Gemma Louis, Constables Martin Seaman, Devin Challenger and Orlan Vigille have been charged with the August 5, 2014 murder of Etienne who died while he was in police custody. Vigille is now on bail but the High Court has denied bail to the three other officers.

Chairman of the Police Welfare Association (PWA) Jefferson Drigo claims that the State under Section 98 of the Police Regulations is supposed to provide legal representation to the officers whom, he says, were at the time acting on behalf of the State. He said the association's executive will be meeting the PWA membership at a special meeting to decide on a course of action.

He continued: "The police officer is responsible for protecting lives and property and the State in general. So when he goes on duty, acting on behalf of the State and something goes wrong, someone dies as a result, who is responsible for him. The government is responsible. We will be meeting this week to further discuss that. We will be forwarding letters and we will be holding meetings to chart the way forward to decide on what action we take. We are not happy at all."

In defence of his decision Attorney General Peter has stated that there could be an argument as to whether the officers in question were acting in the execution of their duty.

The law he says states, "The Attorney General is satisfied that the officer acted in good faith, in the execution of his duties."

"One has to ask, what are the considerations that an Attorney General has to reflect upon in determining whether he or she is satisfied that the officer acted in good faith in the execution of their duties. The officers have been charged criminally, not by the Attorney General but by the entity so charged to do so. The officers have been charged by the police for murder. So, it may be that people out there can tell me easily that how on those facts an Attorney General can be satisfied that the officers were acting in good faith in the execution of their duty. That is not a journey that this attorney general has been able to arrive at this time," Peter stated.